smaller than this one, though.

Apparently the folks at the Ubyssey took it upon themselves to ask a few key politicos (*cough*El Bahmadian*cough*) a few key questions during last week’s All Candidates Meeting—standard reporting procedure, one might think.

Except certain elections officials are interpreting this as possible campaigning—strictly verboten until the 18th—and have, hence, forbidden publication of the question and its answer.

Gosh, I wonder if newspaper folk (who are already on edge after months of Blake-Frederick-enacted poor communications) would take offense at that kind of ultimatum?

The totally tragic part is that Newspaper News (Sam Jung) + Elections (Isabel Ferreras) are, like, super-close.  Way close.  Close in ways we can’t even tell you (but which aren’t what you’re thinking now, perv-o.) 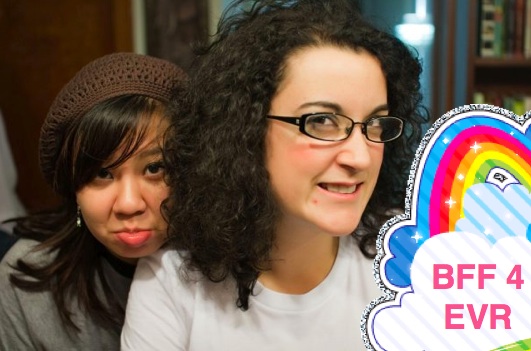 I’m trying to think of a reality TV parallel to this, but all I’ve got is, like, Kim & that crazy girl on some old season of ANTM.  Thoughts?