Amigo “would show Sauder’s sociable and active nature”. Because when you think “sociable and active,” you clearly have treefrog fever. Besides that, “the Treefrog would symbolize the threshold into a new era of academic advancement for Sauder students,” “will further convey the friendships that students build,” and “alludes to the professional side of our business faculty.” All without wearing pants!
Worthless art school diploma rating: The 8-year old who drew this in the middle of Math class is bursting with skill. Bonus points for (mostly) staying in the lines. Otherwise, imagine if you were a first-year student, and THIS was your introduction to the faculty. Um, run? $/$$$$
Post-ironic stereotype reclamation: It’s wearing a tie for no discernible reason. Otherwise, this one really doesn’t scream “Sauder!” so much as it does “weird.” $/$$$$
Sigma the Humanoid Robot We call bullshit on this mascot–if anyone should get Daft Punk as their mascot it’s the Comp-Sci department. Maybe the engineers. However, we do enjoy the way the artist desperately tries to explain that while this automaton, which is meant to represent their faculty, is physically identical to scores of other robots, it is very special on the inside.
They also mention that the centurion-style robohelmet represents how Commerce students have the “strength and dedication of a warrior.” Are there plans for a business-led robotic uprising? Do androids dream of electric cashflow?
Worthless art school diploma rating: Basic shapes combined to make a more complex figure? Rudimentary use of gradients! Symmetry and an amalgamation of symbols?! Not only does this person understand how to use a non-Microsoft art program (most likely from the heinous Adobe suite), they have a tenuous grasp on the basics of design. Why don’t you drop out of Sauder and pick up a freelance design gig, artsy-fartsy? $/$$$$
Post-ironic stereotype reclamation: The science-fiction edge of this robot not only suggests that CUS controls your future, it say that this future will be one in which you will resemble a machine not only in your conformity but in your replaceability. Also, the “Sigma” name is a great subtle nod to the fraternities which are populated by Commerce students. $$/$$$$
Sammy the Shark Sporting an androgynous name and referred to in the text as “it”, the issue of Sammy’s gender might be a mystery if not for the prominent vagina. As one of only three mascots not wearing a tie (or any clothing at all), maybe Sammy should have been given one to strategically cover up her naughty bits. Lest there be any doubt about Sammy’s “motives”, the write-up mentions that Sammy is “extremely down to earth, nice and open-minded”— and”lots of FUN!” And really, if that thing came after you, wouldn’t you want to be open-minded and fun? The skin on her legs resembles a really old, droopy pair of Uggs, which must have come from some sloppy reconstructive work after the caudal fin separation surgery.
[Editor’s WAGS note: By the way, this androgynous nightmare is the closest any of the contributors came to submitting a visibly female mascot. Thanks, Sauder, for proving that once again, no faculty is comfortable being represented by a woman–if it’s gotta have a gender, dudes only, plz]
Worthless art school diploma rating: Defined lines, impressive shading…the artist knows what he’s doing. Which makes the camel toe (I’m sorry, but that’s just what it is) all the more disturbing. We’re going to assume that this artist is intentionally trying to get an enthusiastic androgynous shark as the CUS’ mascot. Wait, why are we complaining? That would be AWESOME. $$$/$$$$
Post-ironic stereotype reclamation: Absolutely none. It’s open-minded and fun! It isn’t even wearing a tie! Sacrilege! -$$$
Orion the Phoenix Mystical animals are so last decade. The fourteen year old girl that designed this mascot has a high opinion of Sauder students: like phoenixes, they’re “leader[s] born to conquer obstacles with grace, sophistication and wit.” Clearly. Phoenixes die and Sauder kids fail, but both rise from the ashes to “complete tasks.” Generics aside, it’s pretty awesome that the designer managed to pun on Sauder’s traditional “Hot to Go” cheer. Get it? Fire! It’s hot! Ten thousand points.
Worthless art school diploma rating: Like Pokémon fanart from the fetid depths of the internet, but with an ugly tie. The Photoshop overlay on the wings is a nice touch and totally speaks to the untapped artistic/creative skills of Sauder students. Points for including an extra “Mascot Version ->,” which handily points out how a theoretical future mascot furry suit might be designed. One’s arms, would, apparently, go in the wings. $/$$$$
Post-ironic stereotype reclamation: Apparently the design process for 90% of these mascots included “extraneous tie.” This lack of originality is both shocking and appalling—but completely in character.  $$/$$$$
BeeCom the Bee

Get it? It’s a pun!
We’re not quite sure what BeeCom’s about. He wants to be green (naming the Commerce Community Program and CUS Sustainability), but is big on the whole “bees/hive mind” thing. Literally, the writeup says “hive” twice. And you know what a hive actually is? A bunch of small, insignificant drones and workers mindlessly completing tasks with no joy simply to benefit their Queen overlords. Sort of like accountants (Boom!).
Worthless art school diploma rating: A little effeminate, and frankly, he looks like an over-caffeinated workaholic dad who’s dressed up for Halloween with the kids. And didn’t we all come to university to get away from our parents, amirite? If I’m an engineer, I want to devise a plan to string him up on a tall, tall tree, because BeeCom looks like he could be bullied unbeelievably (see what I did there?) easily. $/$$$$
Post-ironic stereotype reclamation: A suitcase, and again with the $@%@#% ties! Also, completely devoid of any individual soul. Yay conformity! Sauder forever! $$/$$$$
Fernando the DLam Llama 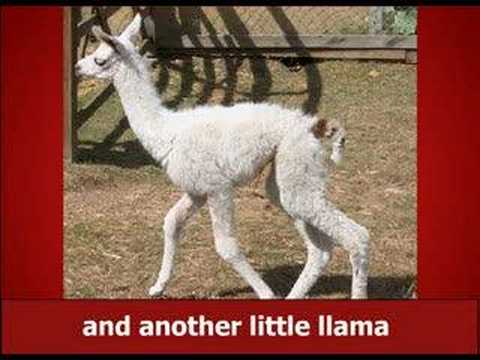 Unlike most of the other mascots, who merely represent ideals for actual students, Fernando actually goes to Sauder, “keenly pursuing a career in investment banking,” cracking wise, and saving Patrick Warburton Brock Samson from doom in a tragically overlooked Disney film, The Emperor’s New Groove. Notice the resemblance between the two? Also, correct us if we’re wrong here, but according to our mandatory two years of junior high Spanish, that double L means that ‘llama’ is pronounced ‘yama.’ As in, ‘quesadilla,’ or ‘amarillo,’ or ‘blatant plagiarism’—oh, no, wait. That doesn’t have a double L at all! OUR BAD
Worthless art school diploma rating: We’re gonna assume that blue thing is a tie. I suppose that cloth is meant for students to ride him. Also, you may notice that Fernando has four legs. There’s a reason you don’t see four-legged mascots, kids—they require two people. On the other hand, that means two of you get to pad your resume with more “Extracurricular Activities.”  $/$$$$
Post-ironic stereotype reclamation: Hey, you’re a hip young student/entrepreneur in a cosmopolitan, international city! Did somebody say “Llamas”? $/$$$$
To be continued tomorrow! Yes, we’re tearing apart all 18 of them. Yes, we’re aware the Arts mascot is a big purple dinosaur whose name may or may not be “Barney.” But see, uh, it’s post-ironic…