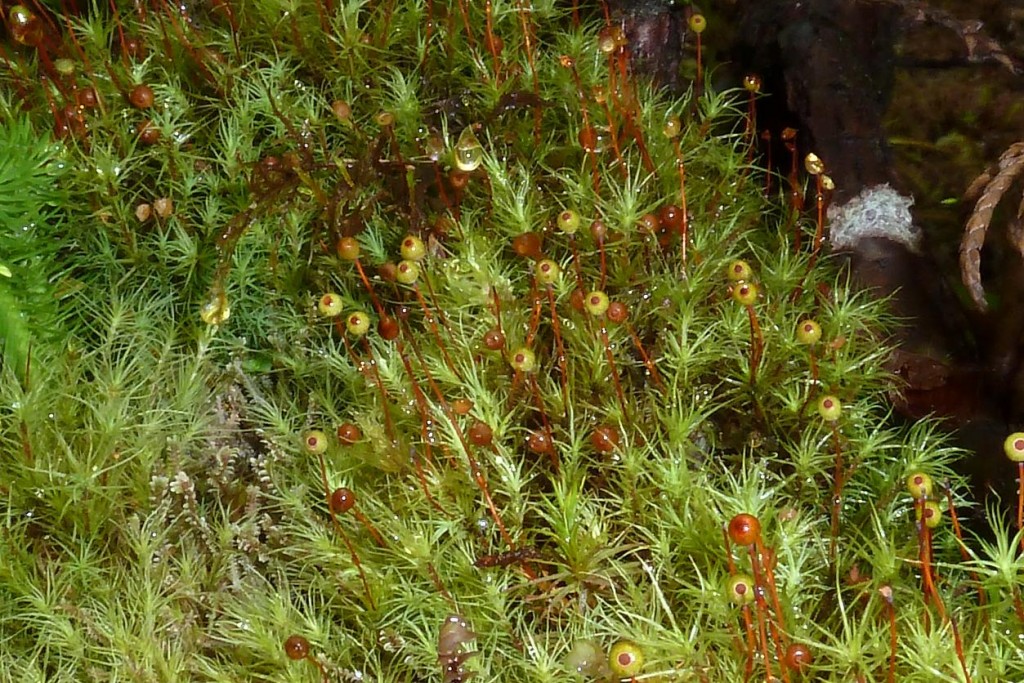 This species can frequently be found growing on cliff shelves, hedge banks, and earth banks at most elevations. Typically they are in areas that are moist and humid in sites that are somewhat shaded. Furthermore, the soil they grow on is generally acidic to neutral. Good displays of this species can be observed locally in river canyons on the North Shore where it frequently grows on humid outcrops not far from water.

Bartramia pomiformis typically forms cushions and tufts that range from bluish-green to yellow-green in color. This species is unbranched, only occasionally can it be branched, and can reach heights from 2-10 cm.

The green and toothed leaves of this species are relatively long, ranging from 4-9 mm. They are narrow and lance-shaped while the base is slightly widened and the edges often bend backwards. The presence of a single and evident midrib can often be seen ending or extending slightly beyond the lead tip. The leaves are long, slender and contorted when moist and become even more contorted and twisted when dry. A closer look at the leaf cell shapes will reveal that they square to rectangular.

The presence of abundant rhizoids that are reddish in color can frequently be observed on the stem.

Sporophytes are frequent and are present at the tip of the main stems (acrocarpous). The sporangia are spherical, pale green and shiny when they are immature, which is why its common name is ‘apple moss’. When young, the sporngia are upright and become horizontal, ridged and grooved as they mature. The sporania are mounted on an elongate seta.

Bartramia pomiformis is a common and relatively distinctive species, likely only to be mistaken for its less common congeners. The next most common species of Bartramia in British Columbia is B. ithyphylla, which typically occurs at higher elevations and can be distinguished by, among other characters, its more distinctive leaf sheaths which are abruptly widened at the limb-sheath transition.