Request for Leave of Absence Form
3.  For an injury, answer the following then go to #4:
(a) Provide information for assessors to explain the circumstance(s) of the
request. Attach a supplementary sheet if necessary.

Supplementary sheet (necessary)—
3(a).
Brain specimens of every variety—aardwolves through to alligators, and of course us blessed hominids eight letters in—could be housed next to pitcher plants and waterspout tornado models in chest-height vitrines for inclusion in a museum exhibition celebrating “Miracles of Evolution!!”
I’d glare at that chirpy punctuation for a moment and despite its intrusion would wander in to revel at the magnificence of said miracles, for unless you’re prone to speaking in tongues or wholly embrace a manifest God in the guise of a Jesus-shaped tortilla chip, the miraculous can in general be filed away alongside the yeti and the Bermuda Triangle as a questionable, elusive curiosity, to be seriously pondered only after arranging that stuffed shoebox of income tax receipts into chronological order, or organizing footwear according to preference, colour, and number of eyelets.
And human grey matter, the absolute pinnacle according to self-serving hearsay, can alchemically transmute the haziest of dreams into material wonders—a curved glass spire jutting from barren sand drifts; a diamond-paved skull spotlit within a dazzling but spare white chamber; a remote-controlled vessel scooping up dust on a cold ruddy planet at least fifty million kilometres distant.
There’s a woeful flip side, naturally. Thin, weary children enslaved by fluorescent-lit factories that churn out unappreciated and disposable trinkets for Christmas crackers. The term “endangered species.” Scorched earth policies. Chernobyl.
Closer to home and several wrist twists lower on the momentous dial, a similar mechanism operates throughout every waking hour. Within billions of craniums brilliant eurekas ignite, flaring meteorically, as mesmerizing as fireworks—I’m destined to be the next Rihanna; I’ll be the one to bring back bow ties; The world needs a sequel screenplay about talking chihuahuas—and then (and here’s the real biological miracle) an adjacent neuron cluster unleashes strings of complex molecules that be might called insight or common sense, perhaps self-preservation. Translated, they are crystalline instructions, retorts: No, you’re not; No, you won’t; No, it doesn’t.
Better yet and on top of that, there’s another message chemically bonded to the first. Keep it to yourself, these atomic chains intone, spare yourself the embarrassment. Normally, this operation performs flawlessly. Before another memorable gem of idiocy is uttered—in the midst of a crucial meeting, say, or a clock tick or three past orgasm—adaptive brain evolution intervenes, holding back the idea from unforgiving public consumption, pulling it from harm’s way, a turtle’s ungainly delicate head tucked safely inside an impervious shell.     Elegantly symmetrical, this in-or-out binary disguises the myriad possibilities between the twin poles. Opting to stay mum at that meeting, for instance, and then blurting out every syllable of your obviously superior counter-proposal four hours later, carpool workmates nodding in hearty agreement as their fingers itch with the fervent desire to tap out phone numbers for calls that parrot boastful phrases in a grotesque comic voice that’s meant to pass for yours.
Or, there’s the tempered reply, one preceded by a Solomonic pause, during which likely outcomes, possible disadvantages, and so on, are weighed carefully, where the rash outburst that cannot be retracted loses to sober declaration 2.0. You think: 2.0 is way worthier, yes, and so much more sensible.
That pause—negligible; a handful of heartbeats—is tricky because it disguises the soundless process of one hundred billion brain cells firing in unison, communicating, I imagine, like a stupendous flock of birds. Twelve inches above the aorta at the moment of its sixth contraction, the decision-making process ceases and you speak, substituting your initial wild impulse for another that benefits from reasoning and which assures you (another field of neurons have determined) of a far greater measure of success: “That’s the ideal colour for you” instead of “You look cadaverous”; “Sure, Boss, I see your point,” and not “Your every thought blows, you out-of-touch fossil”; etc.
In a close by quadrant, cellular activity generates a wash of contentment, the pleasurable flush of accomplishment. Self-satisfied, the organism neglects to remember that the external world—the globe, the cosmos—has been mobile with evolution for, well, ever, and that its incalculable caprice will shortly make a hash of the dogged, symphonic work of teensy fallible neurons in their perishable melon-sized container of bone.

Request for Leave of Absence Form
3. For an injury, answer the following then go to #4:
(b) Provide a concise summary. NB: This description should be 50 words
maximum. DO NOT SEND OVERLY LENGTHY DESCRIPTIONS.

During an out-of-country trip, I chaperoned a person for a medical procedure. The accident occurred near the waiting room, where doors of an elevator under repair stood open. No warning signage was posted. The one story fall resulted in clavicle and distal radius fractures (see attached medical reports). (50 words.)

[postcard]
My dear Clora,
We’re waiting for our flight (delayed) at Tijuana Int’l after a weekend’s refresh.
We ran into a little mishap, but nothing that Tramacet can’t fix.
You and I really should catch up one of these days, it’s been ages.
Doctor Lopez at the clinic asked about you, by the way!
Thinking of old days,
XO DD 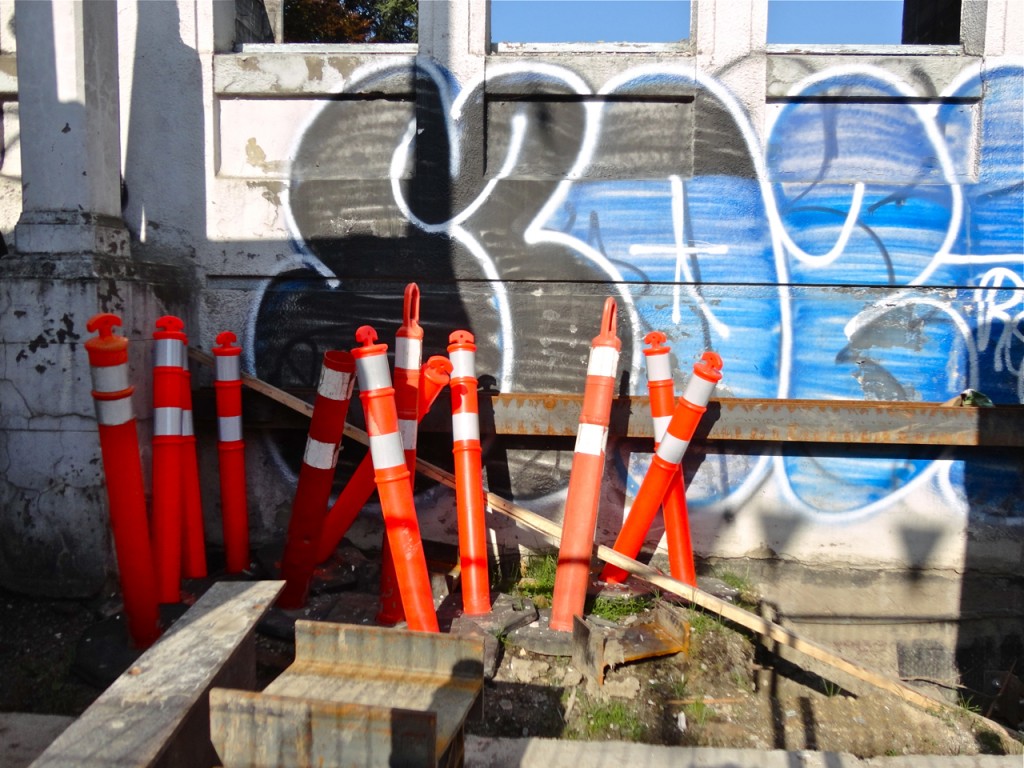