Recently I contrasted ds106 with a course in statistics from Udacity, as part of my participation in a course on Open Education from the Open University. I got very frustrated writing that post because I felt constrained by the script, by the instructions. It wasn’t that I had other things to say that didn’t fit the script; it was more that following the explicit instructions seemed to keep me from thinking of other things to say. I was busy saying what I was supposed to, and therefore didn’t leave myself mental space to consider much of anything else.

Usually I only write blog posts when I have something I want to reflect on, to share with others, to get feedback about. It’s self-generated, and I care about what I’m doing. That hasn’t been the case for many of the posts I’ve done for the Open Education course, and it has just felt far too forced and unmeaningful.

I decided to stop.

That’s IT! Just wrote most boring blog post ever b/c following script. Never again. Need to cleanse with some #ds106 #dailycreate

Apparently the post was actually useful to some, as some Twitter conversations & retweets indicated, but it still felt dull to me because I wasn’t the one deciding what to write, or whether to write at all. Okay, yes, ultimately I was the one, of course, since I didn’t need to (a) do this particular activity for the course, or (b) do it in the scripted way, or (c) join the course at all in the first place. So yes, I decided. But my point is more subtle. And it affects how I approach face-to-face teaching as well.

In my previous post, I listed some of the major differences between ETMOOC and the OU course, and talked a bit about why I preferred the former. Here I want to focus on one particular downside to the OU course.

There is probably a better word or phrase for this–I just mean an assignment or activity in which one is told exactly what to do. This is what we had, each week, several times a week, in the OU course. It is not what we had in ETMOOC.

In ETMOOC we had a few suggestions here and there for blog topics, things one could write about if one wanted. During some of the bimonthly topics there were lists of activities we might do if we wished, including reading/watching outside materials and writing about them. But there was a strong emphasis that one should choose one or just a few of these, or none at all (see, e.g., the post for the digital storytelling topic in ETMOOC). The activities were clearly suggestions, and participants could (and many did) blog about anything that caught their attention and interest in relation to the topics at hand, whether from the suggested activities, the presentations, the Twitter chats, or others’ blog posts.

My experience with the OU course was much different. The activities were written as directives rather than suggestions. Here, for example, is an activity about “connectivism” that I decided not to do (other examples of directions can be found by clicking on the #h817open tag to the right). I am going to blog about connectivism and how it informs the structure of cMOOCs, as it’s something I’m interested in, but that’s just the point. The way the activities in the course are written, one gets the strong message that directions should be followed. The rhetoric is clear. You may be interested in writing about something else, but then you’re not participating in the course.

Sometimes I followed the instructions; sometimes not. My choice, yes, but something else happens too. 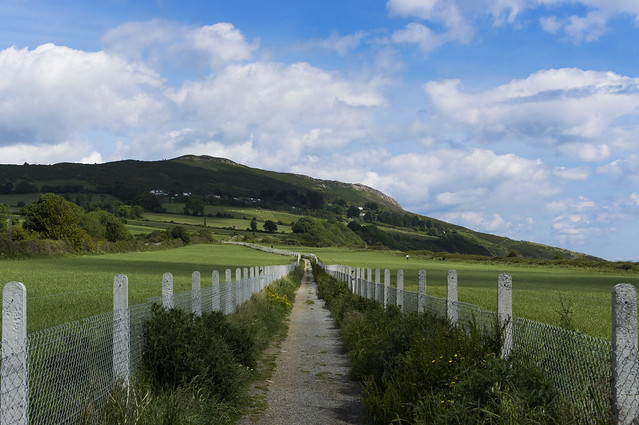 There could easily be, and for me at times there was, a strong enough feeling that I ought to follow directions that, well, I did. It’s just a sense that that’s what you do in a “course.” And the fact that this was an “open boundary” course–meaning it had students officially registered for credit as well as outside participants–probably contributed to it having a more traditional structure. But that structure suggested, implicitly, that one should do what the instructor says.

Incidentally, this was another difference from ETMOOC–in the OU course, there was clearly one instructor in the “expert” or “authority” role. In ETMOOC there were many people involved in both planning and facilitating, and unless they were giving one of the synchronous presentations, they acted just like every other participant in the course. The information about each week’s topic seemed to come from some anonymous source, without a clear authorial voice, even though it had a list of people at the end who were involved in working on that topic. It felt less hierarchical, more like a collective group of people learning together than a set of instructors vs. learners.

I’m not concerned about having specific, assigned readings, videos, or other materials; some of those for the OU course I found very helpful, and when one is faced with something unfamiliar, having a few common guideposts on the way is helpful when learning with others. What led me to disengage was being explicitly directed as to what to do with those materials, exactly what to write about. And even though I knew that was optional, the rhetorical  thrust of both the wording and the structure of the course indicated otherwise.

I had a bit of a discussion with Inger-Marie Christensen in comments on one of her blog posts, here, about this issue. She rightly pointed out the danger of just skipping things in a MOOC that don’t seem immediately interesting to you, and I agree. I also see that by following directions I might end up finding new things that I’m interested in, engaged with, that I might not otherwise.

Still, I think that a balance can be struck: encouragement to at least engage with most or all of the topics, read or watch at least one or two things, and then choose from a variety of suggested topics to write about or activities to do (while also providing freedom to do something else related if one chooses). I think the value of greater engagement and more meaningful work by participants by offering such flexibility can outweigh the loss of perhaps missing some aspects of a topic.

I felt this way earlier in the OU course, but continued on for awhile anyway:

When blog prompts for a MOOC are structured & rigid, my blog posts are structured, cold and boring. BORING! And still not finished on time. — Christina Hendricks (@clhendricksbc) April 4, 2013

And another implication struck me then, too:

Re: my last tweet—ok, now I get my students. Wow.

@clhendricksbc Yeah if we don’t like doing it why would they?

@karenatsharon Exactly. And yet I’m just seeing this now. That’s kinda sad, but at least I’m getting it at all.

@clhendricksbc It helps when you’re an elementary teacher. As soon as the kids go ewww you know you’ve picked a stinker for an assignment! — Karen Young (@karenatsharon) April 4, 2013

But in Uni the students either just do what you ask or drop the course. And suddenly it’s hitting me that when I provide clear, detailed instructions on what to write for essays, my students may respond the way I did. How did I not see this before?

I often give very detailed essay assignments, saying exactly what should be written about. I have thought I’m doing students a favour by providing clear directives. And for some, that’s probably the case. But I’m also:

Now, I actually do give students in third- and fourth-year courses more freedom, but I tend to be more directive in first- and second-year courses. And I’m wondering if I can strike more of a balance between specificity and flexibility. I realize that people new to philosophy can use clear guidance on how to write philosophy essays well, and sometimes that could mean telling them exactly what to write about. But does it have to? At the very least, I could make it clearer that the provided essay topics are suggestions rather than directives, and emphasize that there is room to experiment.

I could, thereby, open up students to the significant possibility of writing essays that are deeply problematic because I gave them the freedom to fail. But if I also give them detailed feedback and the chance to revise without penalty, then, well, that seems to me a good way to learn. And maybe they’ll be excited to do so in the process. Okay, at least some of them.

But this doesn’t address the problem noted above: even if one says, explicitly, that directives are optional, one’s other words and course structure may indicate that, after all, they really should be followed. And/or, the learning experience for many has for so long been such that when the instructor gives suggestions for what to do, many students may do that rather than come up with something on their own, because after all, the instructor is in the position of authority/expertise.

Even in ETMOOC, I recall several participants expressing how they felt “behind,” and needed to “catch up”; some even said they dropped out because they felt so behind. The message of flexibility may not have gotten through.

So I am left with two problems for my face-to-face teaching:

1. How to balance promoting flexibility and creativity, and thereby hopefully greater engagement, with the danger of learners only focusing on what they want and not going beyond their comfort zones (hmmm…seems to me I’ve visited this issue before).

2. Once I solve problem number 1, how to communicate that flexibility really means…flexibility?

MOOC engagement and disengagement / You're the Teacher by Christina Hendricks is licensed under a Creative Commons Attribution 4.0 CC BY