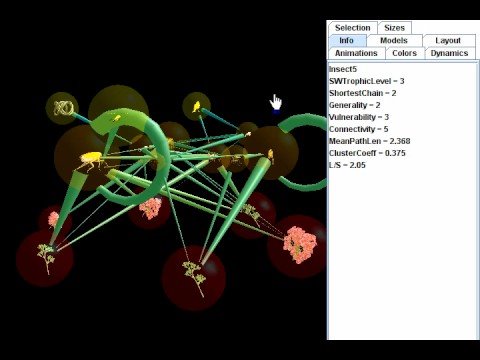 END_OF_DOCUMENT_TOKEN_TO_BE_REPLACED

The amazing and curious world in the treetops Is there anything more incredible than the rainforest canopy? Not very likely. The rainforest canopy – the dense area containing the majority of trees branches – is home to some of the greatest biodiversity, or biotic variety, on earth. And where else can you find a complete ecosystem with soil, megafauna, and what is estimated to be half of the world’s plant species – all off the ground?! However, what we know about these incredible “biodiversity hotspots” is very little, as rainforest canopies are among the world’s least understood ecosystems.

So unparalleled is the rainforest canopy in mystery and intrigue that naturalist William Beebe pronounced that, “another continent of life remains to be discovered, not upon the Earth, but one to two hundred feet above it, extending over thousands of square miles.” That was back in the early 1900s, and despite much research being done since then, this quote still holds true.

Among what has been discovered, The EarthWatch Institute details some stand-out research findings including the discovery of the first herbivorous spider; work suggesting that perhaps 6 million insect species exist on earth; and the uncovering of thousands and thousands of species previously unknown to us, many of them endemic – meaning they are found nowhere else in the world – to their respective rainforest canopy.

Where else can you find animals as curious as the pink-eyed katydid newly discovered in Papua New Guinea: or the Malagasy Red-bellied Lemur? Unfortunately, the well-being of much of the world’s fascinating and mysterious rainforest canopy ecosystems is threatened by human activities. Work by William F. Laurence, published in a 1991 issue of Nature, warned that human activities causing forest fragmentation are compromising the health of these unique ecosystems. A study by Erika Styger and fellow scientists published in a 2007 issue of Agriculture, Ecosystems & Environment looked at the large-scale degradation caused by slash-and-burn farming techniques. Additional research keeps pointing at humans as the cause of increasingly unhealthy rainforest canopy ecosystems.

Scientists are currently working to understand the biological and chemical processes at work within the canopy in order to gain a better idea of how we can protect these ecosystems. Some are working to document canopy species composition and interactions while others are expressing concerns over the ability of the rainforest canopy to continue supporting its species in the face of climate change – an area that is beginning to get a lot of research attention. Thus, work is being done to better understand what is happening in the mysterious and marvelous rainforest canopy. Whether we can protect the very-worthy-of-protection rainforest canopy ecosystems before their health is globally compromised remains to be seen.