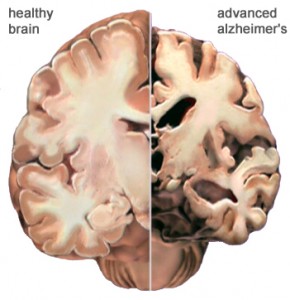 A tangerine a day keeps the doctor away?

As populations across the developed world age, policy-makers have become increasingly concerned with methods of controlling the rapid-rise of healthcare costs. Rising levels of insulin resistance, a physiological condition characterized by a decreased ability of the hormone insulin to lower blood sugar levels, and it’s associated maladies of obesity, increased blood lipid levels and diabetes increasingly present one of if not the greatest source of rising healthcare expenditures.

Presently aside from diet and exercise there are few widespread effective treatment for insulin resistance, a situation that has posed a concern for policymakers for quite sometime. However, recent research at the University of Western Ontario in partnership with the Ontario Heart and Stroke Foundation and Pfizer Canada’s Cardiovascular Research Program might just be the first step towards developing one.

The researchers have discovered that a flavonoid chemical, found in tangerines, known as Nobilitin when fed orally to genetically-engineered mice appeared to have helped them stave off the development of insulin resistance, as compared to a control group not given Nobilitin, when fed a high-fat/high-sugar diet.

After eating, a spike in blood-sugar levels leads to the secretion of insulin, a hormone used to control carbohydrate and fat metabolism in the body, specifically insulin slows down the use of stored fat-cells as an energy source and the body switches to glucose. In a healthy individual this process is self-regulating, after the food has been digested, insulin levels will drop and the body will once again resume using stored fat as an energy source. In individuals with pre-diabetes however, the insulin receptors become phosphorylated during the uptake of insulin rendering them inoperable.  The body becomes less-effective at controlling blood-sugars, and levels can rise causing adverse health-effects.

Nobilitin appears to activate the same receptor-response mechanism as insulin without causing phosphorylation. Additionally Nobilitin prevents the release of VLDLs (very low density lipoproteins) an unhealthy fat associated with heart disease. When combined, these two factors appears to of prevented the mice from developing insulin-resistance and staved off the development of diabetes, obesity and coronary disease.

While a significant amount of further investigation remains to be done to determine if the findings are transferable to humans, this research is an exciting development nonetheless, towards a potential cure for insulin resistance and type-II diabetes mellitus.

Posted in Biological Sciences, General, New and innovative science, Science in the News