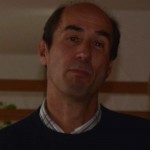 Reinhard Jetter
I got my undergraduate training in chemistry at the University of Munich, Germany, finished with a diploma thesis on organic synthesis and the physical chemistry of antiaromatic compounds. I then obtained my Ph.D. at the Botany Department of the University of Kaiserslautern, Germany (1993), with studies on waxes of various Poppy species carried out under guidance of Markus Riederer. Next, I moved to the Institute of Biological Chemistry at Washington State University, where I worked as a Postdoctoral Fellow with Rod Croteau (1994-96). My work at the IBC focused on the cloning and characterization of enzymes involved in the biosynthesis of conifer resin diterpenoids. I then worked as a Research Associate and independent group leader in the Biology Department at the University of Wuerzburg, Germany (1996-2003), where I began my investigations into the polyketides and triterpenoids found in plant skins. Finally, I joined the University of British Columbia in 2003, where I am now full professor and Canada Research Chair in Plant Natural Products Chemistry, with a cross-appointment between the Departments of Botany and Chemistry. I am leading a group of chemists and biologists focusing on the various aspects of plant surfaces, using a wide range of techniques. My projects are highly interdisciplinary, ranging from molecular genetics over enzyme mechanism and chemical product identification to the physiology of water transport and the chemical ecology of plant-insect-interactions. 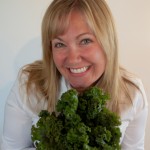 Jackie Stewart
Jackie is an instructor in the Department of Chemistry. She has been teaching general and organic chemistry since 2005. Jackie’s research interests span the areas of self-regulated learning, problem solving, and assessment of learning. She is passionate about helping students learn through innovative instructional methods and by motivating them to use research-tested study techniques. Jackie received the Killam Teaching Award in 2006 and 2010, as well as the SUS Teaching Excellence Award in 2010. She enjoys cooking and has introduced several of her friends to her favourite vegetable: kale. Andrew Trites
Dr. Andrew Trites is a professor and director of the Marine Mammal Research Unit at UBC and research director of the North Pacific Universities Marine Mammal Research Consortium. Dr. Trites has been studying marine mammals in the North Pacific for over 25 years. His research involves captive studies, field studies and simulation models that range from single species to whole ecosystems. His research program is designed to further the conservation and understanding of marine mammals, and resolve conflicts between people and marine mammals. He has published over 100 papers and is frequently interviewed by media on issues pertaining to marine mammals. He oversees a research program that includes researchers, students, technicians and support staff. The training of students, and the collaboration between researchers specializing in other disciplines (such as nutrition, ecology, physiology and oceanography) is central to the success of his research program. Visit his homepage. 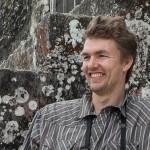 Thor Veen
Dr. Thor Veen is a member of the Department of Zoology at UBC. His research tries to understand how ecological and evolutionary forces drive speciation. His primary interest is in how sexual selection affects the evolution of reproductive barriers. His empirical work on birds and insects combined with theoretical models may provide information regarding the interaction between ecology and sexual selection in shaping species diversity. 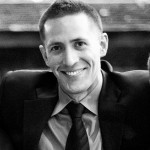 Craig Burkett
A former track and field athlete, Craig maintains an active lifestyle including cycling, running, BJJ, squash, and volleyball. You can also find him directing choirs, and playing classical piano. His favourite piece to perform is Liszt’s Hungarian Rhapsody #2. 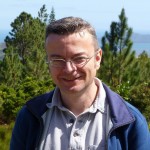 Sean Graham
Sean is a prof in the Department of Botany who works on plant phylogeny and evolution. He grew up in Bangor, Northern Ireland, and started out as an undergrad in genetics at the University of St Andrews, in Scotland. He was lured to the dark side (plant systematics) during his PhD at the University of Toronto with Spencer Barrett, and a stint as a postdoc at the University of Washington with Dick Olmstead. He finds all branches of science fascinating, but his research specialty is in land plants and their diversification and biodiversity. His lab includes graduate students and undergraduate assistants, and has a strong emphasis on applying molecular tools, including various genomic methods. His teaching interests include vascular plants (BIOL/APBI 210) and graduate courses in communication and phylogenetic analysis. He also volunteers as an editor for several botanical journals, including American Journal of Botany. His office is in the Biodiversity Research Centre (the ‘Blue Whale’ building) where he is the associate director and an herbarium curator in the Beaty Museum. He is also the research director at the UBC Botanical Garden and Centre for Plant Research. His favourite plants to consume include Solanum tuberosum, Theobroma cacao and Hordeum vulgare, but he also quite likes kale pesto. Robin Stoodley
Dr. Robin Stoodley is an instructor in the Department of Chemistry at UBC. There, he manages and teaches analytical chemistry laboratories for 2nd, 3rd and 4th year students as well as teaches a lecture section of Chem 211. His research background involved both chemistry and pharmaceutical sciences, specializing in a mixture of electrochemistry, models of drug action, spectroscopy and surface science. His teaching interests include complex problem-solving strategies and techniques for integration of clear communication with scientific content. He previously taught courses in chemistry, engineering chemistry, scientific writing, research proposal projects, and science and society at the University of Calgary. Prior to earning his Ph.D., he dabbled with various forms of gainful employment: in high-energy physics, in semiconductor physics, and in law enforcement.

In addition to the instructors, the development of SCIE 300 involved other key players.

Eric Jandciu
Eric is the SCIE 300 course coordinator. After blowing up a fume hood in the chemistry building, Eric was happy to complete his chemistry graduate work with a master’s degree and pursue further graduate work in journalism. His master of journalism thesis project explored the skills required by science journalists and proposed the curriculum for a graduate-level science journalism course, elements of which have been used at the UBC School of Journalism. Eric has worked as a freelance journalist, science writer, and grant writer. He has also worked for Springer in Heidelberg, Germany, managing the editing of English-language scientific manuscripts. In addition, Eric contributes to textbooks used in both Canadian and American high schools and junior high schools. When not nerding out on the intersection of science with society, Eric is hiking in the summer, skiing in the winter, and biking year round. 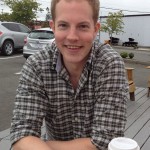 Thomas Deane
Thomas gained his MSc in Zoology from UBC two years ago after studying invasive species interactions. Before coming to UBC, he worked as a horse racing journalist and sub-editor for the Press Association in the UK. He still writes the occasional freelance sports story. Thomas has always had a great interest in the natural environment, and it is his hope that teaching aspiring young scientists to communicate their thoughts and discoveries more effectively will ensure that important science-based news is accessible to everyone in the future. Thomas helps design some of the writing activities used in this course and in SCIE 113, and also works as a research associate with the Questions For Biology group at UBC (q4b.biology.ubc.ca). Shona Ellis
Shona Ellis is a senior instructor in the Department of Botany. Her research involved investigating the root chemistry of Ambrosia chamissonis (silver burr ragweed). She combines her passions for plant diversity and teaching as a lecturer and lab instructor. Courses she teaches include introductory botany, bryology, seed plant taxonomy, and plants and people. She has received two Killam Teaching Awards and is currently the associate head of biology. Jennifer Love
Prof. Jennifer Love received her PhD in 2000 under the direction of Prof. Paul Wender at Stanford University. She was an NIH postdoctoral fellow in the lab of Prof. Robert Grubbs at Caltech from 2000-2003. She joined the faculty of the University of British Columbia in 2003 and was promoted to associate professor in 2009. Her research interests include the mechanistic investigation of M-X bond reactivity and applications in organic synthesis.

Joanne Nakonechny
Joanne completed an MSc in anthropology at the Université de Montréal, an MEd in education at the University of British Columbia and a PhD in anthropology at McMaster University. Her interdisciplinary interests in learning at the post-secondary level have been informed by her varied professional background. Her previous positions include: coordinator for the Black Student Retention Project in the School of Engineering at the University of Virginia, project manager for the Native Community Care: Counselling and Development Program at Mohawk Community College, (Ontario), and learning skills coordinator at Simon Fraser University. For several years she also worked as an educational consultant. Joanne’s current research interests include enhancing reading comprehension at the post-secondary level, developing problem solving heuristics, using visual guides to develop deep structure learning, and exploring the new pedagogical possibilities offered by simulations and wiki-type technologies. As an anthropologist, her research methodology and theory is qualitatively based and uses an ethnographic approach for data collection. Joanne team teaches a graduate course for the life sciences (BIOL 535) on fundamentals of teaching, and facilitates instructional skills workshops and narrative skill workshops for the Centre for Teaching and Academic Growth.

The Centre for Teaching, Learning and Technology
CTLT works collaboratively with academic and administrative units throughout UBC to support technology-enabled learning environments. It also collaborates with university-wide partners to enhance the teaching practice of all members of the UBC teaching community.