On immortality: a very human desire

If presented with the fountain of youth, would you drink?

People have entertained the idea of immortality across time. Greek mythology tells of the phoenix, a bird capable of rebirth. The prominence of comics as a publication medium early in the twentieth century gave rise to a slew of superheroes capable of super-regeneration and longevity, like Superman and Wolverine. Even Lord Voldemort [SPOILER: highlight to reveal] went through the trouble of creating seven horcruxes to secure a strong hold of the living realm. Why are we fascinated with the concept of immortality?

The motivation to discuss immortality is probably related to people’s natural aversion to death and aging. There are plenty of cosmetic products and procedures that generate a lot of revenue by reversing the effects of aging, such as Botox. But what if instead of merely combating the symptoms of aging, you could eliminate it completely?

Certain examples of non-aging exist in nature. Hydras have been observed to not age. While not quite immortal, lobsters have shown to not be strongly affected by age. What can we learn from these organisms?

In DNA replication, DNA polymerase takes up a short space on the sequence that it doesn’t copy, like painting itself into the corner of a room. Image from ClipartHeaven.

At the ends of our DNA strands are sections called telomeres – repeats of nucleotides that prevent degradation of the gene as it replicates over time. Every time a cell divides, the telomeres get shorter. After many replications at a point called the Hayflick limit, the telomeres reach a critically short length and the cell stops dividing. In a way, telomere length is like a biological clock that can be used to determine lifespan.

Cells also produce an enzyme called telomerase, which adds nucleotide bases to the ends of telomeres. However, the rate of telomerases’ repair of the telomeres is overcome by the rate of cell division, so telomeres continue to grow shorter and the cell ages.

So does the answer to immortality lie in telomerases? Not quite. High telomerase activity is detectable in more than 90% of malignant tumours. The action of telomerase can provide cells with the capacity to infinitely replicate – a defining factor of tumour cells.

So where does this bring us? We aren’t any closer to living forever, but average life expectancy has risen over time, owing to advancing medicine and lower infant mortality rates. Still, it is just as interesting to ponder how one might spend lottery winnings as it is amusing to think about what one would do with unlimited time. Perhaps the search shouldn’t be for biological immortality, but to leave an immortal legacy. As A. A. Milne had said, “I suppose that every one of us hopes secretly for immortality; to leave… a name behind him which will live forever in this world.” The Benefits of Fad Diets: The Ketogenic Diet

Dieting is one of the hottest topics of the 21st Century, as many different diet plans surface the internet each day. According to the summary by Medical News Today, the most talked about diets include the Atkins Diet,  Zone Diet, Vegetarian Diet, Vegan Diet, Weight Watchers Diet, South Beach Diet, Raw Food Diet, and Mediterranean Diet. Different types of diets are chosen depending on the lifestyle people aim for. However, there is one type of diet that has been raved about in the medical field. The Ketogenic Diet, first developed in the 1920’s to treat epilepsy, has now become a recommended diet for tumor patients.

The Ketogenic Diet and a normal diet differ in the amount of macronutrients eaten. In a normal diet, people eat large amounts of carbohydrates, which is then broken down into glucose by insulin. These glucose molecules are used by cells as an energy source. However, when glucose sources become depleted, normal cells can gain energy through other sources like stored fats. Tumor cells cannot find any other way to gain energy and heavily rely on glucose as the only energy source. Therefore, by restricting the intake level of carbohydrates, the glucose levels become depleted and tumor cells die from a lack of energy source. As humans’ main source of fuel, diets play an important role in every individual’s health. As healthy individuals we should follow a regular diet instead of pursuing fad diets. However, special diet plans such as the Atkins Diet is still useful in the medical field for improving the health of tumor patients, and should not be easily overlooked. If you’re interested, please take a look at this video to see how this man beat cancer with the Ketogenic Diet: 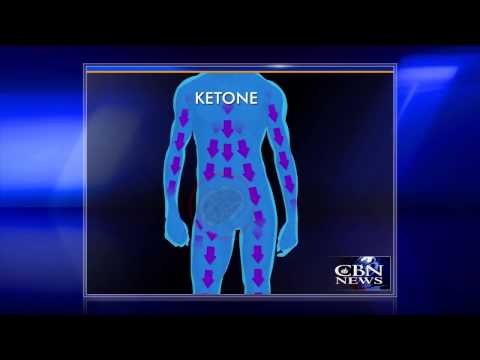 Many people relate taller heights with better genetics and being healthier. With the new findings of scientists in Sweden, this may prove to be a myth. As you have probably heard, cancer can occur due to a variety of hereditary genetics and environmental factors. Nutritional deficiency, smoking, and high stress levels are the obvious factors that come to our mind but can we also consider height as a cancer risk factor? Let’s have a closer look.

Scientists spend many hours researching different cancer risk factors in order to find a way to eradicate cancer. However, it still remains as one of the deadliest diseases. In one of the studies, scientists studied 5.5 million Swedish men and women and they calculated that for every 10 centimeter increase in height the cancer risk increase by 18% in women and 10% in men. Many factors could be responsible for the association between height and risk of cancer. For instance, taller people have greater amount of growth hormone in their body, more number of cells, and more calories required.  Professor Greaves of the Institute of Cancer Research in London states that in addition to cell growth, this hormone prevents cell death. Therefore, the amount of growth hormone increases the total cell number in the body which also increases the risk of cancer. Moreover, tall people may have higher risk of certain cancers. I would encourage you to watch the following video if you want to find out what type of cancers are more probable to develop in tall people. 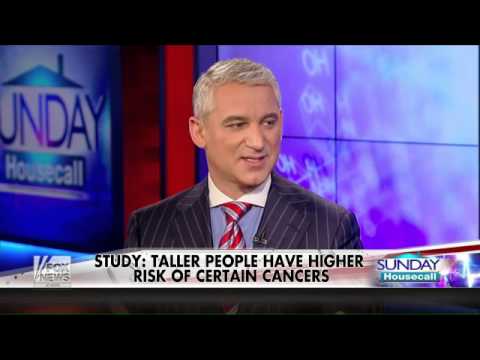 However, it is not all bad for tall people since studies have shown that they have lower risks for heart diseases. Researchers tested 200,000 people and found the genetic code that relates height and coronary heart diseases. They determined that for every 2.5ins decrease in height, the risk of coronary heart disease increases by 13.5%. Cardiologist and CBS News medical contributor, Dr. Narula, explained the case by saying that shorter people may get their coronary arteries blocked easier because their coronary arteries have smaller diameters or maybe this is the case because tall people are more active or have healthier habits than short people. Dr. Samani, a cardiologist at the University of Leicester in the U.K, believes that nutritional deficiency in childhood could be the reason that some people become shorter and this may cause health problems during their lifetime.