Writing Spaces: The Computer, Hypertext, and the Remediation of Print – Chapter 3
Hypertext; the electronic link to related information networks and the impact on writing and reading 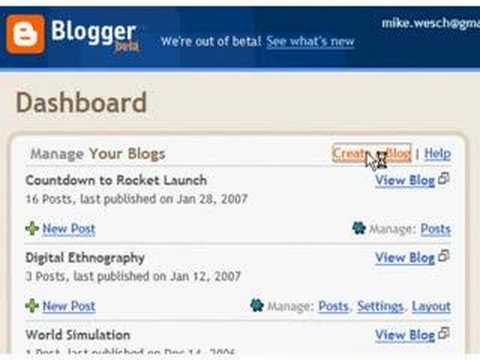 In Chapter Three of Jay David Bolter’s Writing Space: Computers, Hypertext, and the Remediation of Print, (Bolter 2001), the author examines the concept of hypertext and its impact on writing and reading. Hypertext creates a unique network structure that has become a new form of writing and reading. This informative chapter is a fascinating, historical, and critical analysis of print and hypertext, as it gives the reader a comparative look at how the remediation of print is both independent and codependent.

“Electronic writing will be felt across the whole country and history of writing: this new technology is a thorough rewriting of the writing space.” (Bolter 40).Bolter describes hypertext as a layering of writing and reading that provides interconnected informational writing. Hypertext consists of three basic units, namely pages, paragraphs, and graphics. They are related through links and provide the reader an easy, quick means to access other information connected to the topic. Bolter examines how the operational attributes of digital spaces change writing as we know it and the use of hypertext creates a technological transformation that he views as more powerful than the printing press. (Bolter 42) He further explains that without the concept of hypertext, word processing would merely be just electronic writing. He further argues that hypertext is the remediation of print.

Bolter’s view that electronic writing with hypertext is the remediation of print allows the controversy to continue. He maintains electronic writing and hypertext, “can be old and new and that is the remediation process; also an acknowledgement of both their connection with and their difference from print need to be realized.” He further contends that,” Hypertext is a process as much as a product.”(Bolter 44). He gives examples by saying the reader’s consciousness of the medium seems to link hypertext to literary traditions of modernism. The reader’s ability to follow the hyperlinks; likened to a superhighway mapping system, gives quick and direct access to more detail than ever before. Bolter makes comparisons to such writers as James Joyce to Michael Joyce. Here he argues that the reader of early literature did acknowledge the significant works, as they were drawn in by the medium. With hypertext, the reader is drawn in by visuals and hyperlinks. Bolter points out that, “It is possible to write in a hypertextual style for print.” (Bolter 40). He infers that it is possible to use print or handwriting to achieve many literary or rhetorical effects of hypertext, just as it is possible to write on the computer without taking advantages of hypertext linking.” (Bolter 41).

Hypertext is a term applied by Ted Nelson in the early 1960s. He wrote, “Literature is an ongoing system of interconnecting documents.”(Bolter 34). Bolter recognizes this definition of literature to mean that writings are also scientific and technical. He further points out that this is a fact long understood before the coming of the computer age. Bolter continues to argue that writing is a form of technology with an emphasis on the visual and verbal. He goes on to point out to the reader that electronic writing deals in spatially realized topics. He labels this writing “topography.” Bolter further states, “It challenges the idea that writing should be merely the servant of spoken language.”

Bolter makes further observations and comments that the hypertext advocates argue that,” hypertext reflects the nature of the human mind itself- that because we think associatively, not linearly, hypertext allows us to write as we think. “Ted Nelson (1984) seems to suggest that hypertext is natural to the mind.” (Bolter 42). He is making a comparison to thinking that tends to start with an idea and then springs forth in various related directions. Bolter contends that understanding the impact of hypertext and as a remediation of print requires a close inspection of both print and electronic writing. They connect with the idea and express differentness in the conceptual formation. The controversy over which option, print or electronic hypertext is better remains one to debate. Bolter asks, “Which form is better at constituting the real, the authentic, or the natural? Remediation is always an attempt to redefine these key cultural values.” (Bolter 43).

Bolter summarizes by stating that, “in this late age of print, the two technologies, print and electronic writing, still need each other.” Chapter 3 discusses the relationship by highlighting the benefits of both print and electronic writing and how they coexist together. Bolter’s last comment in the chapter reinstates that electronic hypertext is not the end of print, but instead the remediation of print. A point well to consider in the 21st century.