My initial definitions for text and technology To me, text refers to symbols designed to represent something or combined to convey a message. Technology entails any enhancement produce by a device or application to make a task easier, more interesting and productive. 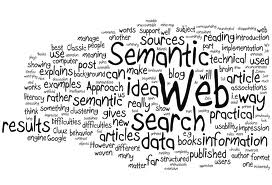 Pronunciation: /tɛkst/ Forms: Also ME tixte, tyxt(e, ME tixt, ME–15 texte, (ME, 16 (18 dial.) tex, 15 texe, 16 texed)…. (Show More) Etymology: < French texte  , also Old Northern French tixte  , tiste   (12th cent. in Godefroy), the Scriptures, etc., < medieval Latin textus   the Gospel, written character (Du Cange), Latin textus   (u  -stem) style, tissue of a literary work (Quintilian), lit. that which is woven, web, texture, < text-  , participial stem of tex-ĕre   to weave a. The wording of anything written or printed; the structure formed by the words in their order; the very words, phrases, and sentences as written.

Technology : noun 1. the branch of knowledge that deals with the creation and use of technical means and their interrelation with life, society, and the environment, drawing upon such subjects as industrial arts, engineering, applied science, and pure science. The origin of these words certainly have a lot to do with their meanings. The association lies in the fact that textile deals with a pattern of weaving to make a complete product. Text in its true sense also entails the putting together symbols to come up with something rather meaningful. Technology is related to text as they both are evolving through the support and integration of the other. Technology plays a great role in text evolution and technology is dependent on text for its functions; example codes and progams. Teaching, like language should be classified as a mild form of technology. Teaching is an art that is always evolving with new strategies and resources and it surely facilitates learning.

This entry was posted in Technology, Text. Bookmark the permalink.

2 Responses to Text and Technology