The Impact of Paperbacks on Western Culture 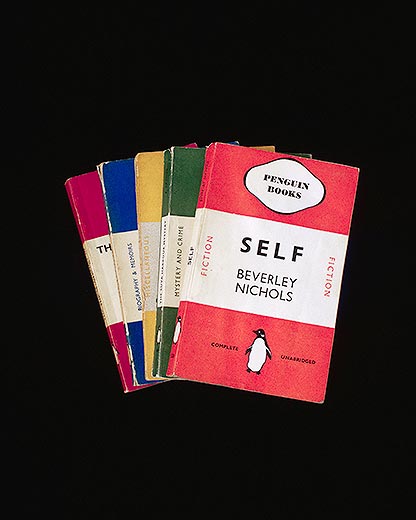 The sentiment, “Literacy is a luxury; fiction is a necessity” (Chesterton, p. 1) is perhaps key to our understanding of why the rise of the paperback novel has had such a significant impact on reading habits in our culture. Storytelling, as we know from studying its history in Orality and Literacy (Ong, 1982), is an integral component of the human experience. Literacy, until relatively recent history, has been a pleasure enjoyed mainly by the aristocracy.

With the advent of the Gutenburg press, which coincided with the Reformation and Counter Reformation in France, literacy became more widespread in Europe. It has been argued that these movements began the democratization of literacy. Yet this democratization happened largely along class lines and corresponded with the growth of the market economy (Kaestler, p. 25). At the same time, industrialization and child labour practices served to depress any rise of literacy rates, particularly in Britain. Immigration of uneducated workers together with population expansion outstripped the capacity of schools and other social agencies (Kaestler, p. 26). Education reforms beginning in the early 19th century resulted in a growing number of people who were able to read and write. 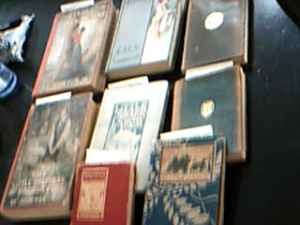 Books, however, were very expensive and the average person could not afford to buy these highly ornate, beautifully bound books that were destined to be passed down through the generations.

It is difficult to place exactly when the first paperback novel was published. There were a few false starts, in both Europe and America. Frederick Melcher, an American publisher, distinguished between “best sellers” (which were not the literary best but what people liked best) and “literary classics” which were important to succeeding generations of readers (Quay, p. 205). That both types of books were produced reflects the interests of the reading public and therefore reflects the cultural backdrop to publishing practices in America and Europe. Thus the upper classes were aligned with “literature” or the contemplation of “ideas,” a “highbrow” activity, while the lower classes were associated with “low brow” action fiction and, more often than not, mysteries, which were looked down upon by those in the upper classes.

There were arguably three stages to the paperback revolution. The first stage took place prior to the 19th century and developed out of the high cost of postage for hardback books sent by American publishers to readers who were behind the ever-expanding frontier. “Brother Jonathon” books, published in the United States, consisted of 24-48 pages in newspaper format and were sent out one chapter at a time. Other publishers wanted in on the action resulting in fierce competition between publishers. Costs had to be lowered to be competitive, which resulted in books becoming smaller and looking more like the traditional hard cover book. There was a large outcry by mainstream publishers as these installments became wildly popular and mainstream publishers appealed to Congress to outlaw these paperback novels. Congress responded by raising the postal rates so that the publishers of paperbacks could not survive. This ended the first chapter of the paperback revolution.

The second stage can be characterized as the meeting between the industrial revolution and public education in the late 1800s. Education reform resulted in a greater demand for reading material. Mail order sales were also becoming more reliable while better papermaking technologies caused the price of paper to plummet. Big mainstream publishers still tended to shy away from committing their “literature” to the paperback format. But railway travel generated a huge demand for throw-away literature. In America, Chicago became the center for publishers issuing “railroad literature” which were mainly cheap romances, joke books and crime stories, as well as almanacs and road maps. The 1860s, heralded the dime novels, and the penny-dreadfuls, which were fast paced stories often based on frontier adventures. The authors were often “foreign,” which meant that the publishers didn’t have to pay royalties. The dime novels declined as the competition mounted. The traditional publishing houses also started to publish paperbound books as “extras” for ten cents and full-length novels in a magazine format, to avoid paying royalties to foreign authors. Congress put an end to this form of publishing by passing an international copyright law requiring publishers to pay royalties. Again, publishers of these novels were put out of business.

It is the third stage of the paperback revolution that is of key interest as far as the growth of acceptance of paperbacks on our society. It took place during the 1930s, which saw the crash of the stock markets with the resulting “Great Depression” and the rise of the Third Reich in Germany. Publishers were feeling the pinch and sales dropped significantly. These events formed the backdrop for the birth of Penguin books under the aegis of Allen Lane, an entrepreneur with vision, and the corresponding growth of the Pocket Book publishing company under the leadership of Kurt Enoch, a successful German publisher who fled to the USA with the rise of the Nazi regime.

It is arguable that this third paperback revolution is where reading became truly democratized. Allen Lane, the publisher of Bodley Head, a London publishing house, was worrying about how to keep his business afloat. It was while travelling between his home and London that he had his “eureka” moment. He was looking for some reading material for his trip home. All he could find was junky pulp fiction or magazines. He thought how wonderful it would be to have quality fiction available at train stations. He took a great gamble and financed the launch of Penguin books. These books carried the Penguin logo and were bound in simple covers.

The key difference between the Penguins and earlier versions of paperbacks is that the paperbacks were reprints of successfully published hardback books. Not only did he publish “classics” in paperback, he made them available outside the venue of the traditional bookstore, in train stations and department stores. His first ten titles were wildly popular. In 1937, Penguin expanded and added the Pelican book, an imprint for non-fiction. During WWII, soldiers were able to easily carry Penguins and Pelicans in their coat pockets as they went to war. In 1938, Penguin was launched in the United States, as were Pocket Book titles. Then in 1940, the Puffin imprint was developed for children’s literature.

Certainly, Penguin books were far more accessible than the traditional hard cover book. Not only were they sold in a variety of locations from bookstores to department stores to railway stations, they made it possible for people with a lower income to have access to the great works of literature. While reading material may still be characterized as “high brow” and “low brow,” these distinctions are no longer necessarily tied to the “class” of the reader. Rather, it is tied to the interests, the education and intelligence of the reader. Therefore, this last phase of the paperback revolution served to democratize reading beyond the boundaries of class and be truly available to those in all walks of life.

Paperback novels are a form of remediation because they connect new technology or a new concept with an old idea. The old idea is that of the codex book, but now in the form of a paperback. Paperbacks are here to stay. In 1960 paperback sales surpassed hardcover sales for the first time. Now, paperbacks are sold through book clubs, including Scholastic, making cheaper literature available to students and schools. The impact of the paperback on our society cannot be under-estimated. Literacy is no longer a luxury; and storytelling, that is such an important part of the human experience, has made the shift from a purely oral culture to print, accessible to most people rather than merely to the elite classes of society.

Trubek, A. (2010). How the paperback novel changed popular literature. Retrieved October 24, 2011, from http://www.smithsonian.com

Wikipedia. (2011). History of education in england. Retrieved October 27, 2011, from http://en.wikipedia.org/wiki/History_of_education_in_England

2 Responses to The Impact of Paperbacks on Western Culture