We sail tomorrow. Today, we are running (walking quickly – you are not allowed to run on ships!) around in parallel, each fixing our specific problem. Dave has to build a very clean box that will allow him to measure very small amounts of metal in the ocean aboard a ship that is made entirely of metal. Nina is making an incubator for her phytoplankton and trying to get it to fit. Maureen has high-volume pumps, the Rimouski team has a gas chromatograph that needs setting up, and the group next to me keeps mentioning a “parallax error”, whatever that is. The sampling system’s electrical cable is out of order. I am trying to communicate with my robot. 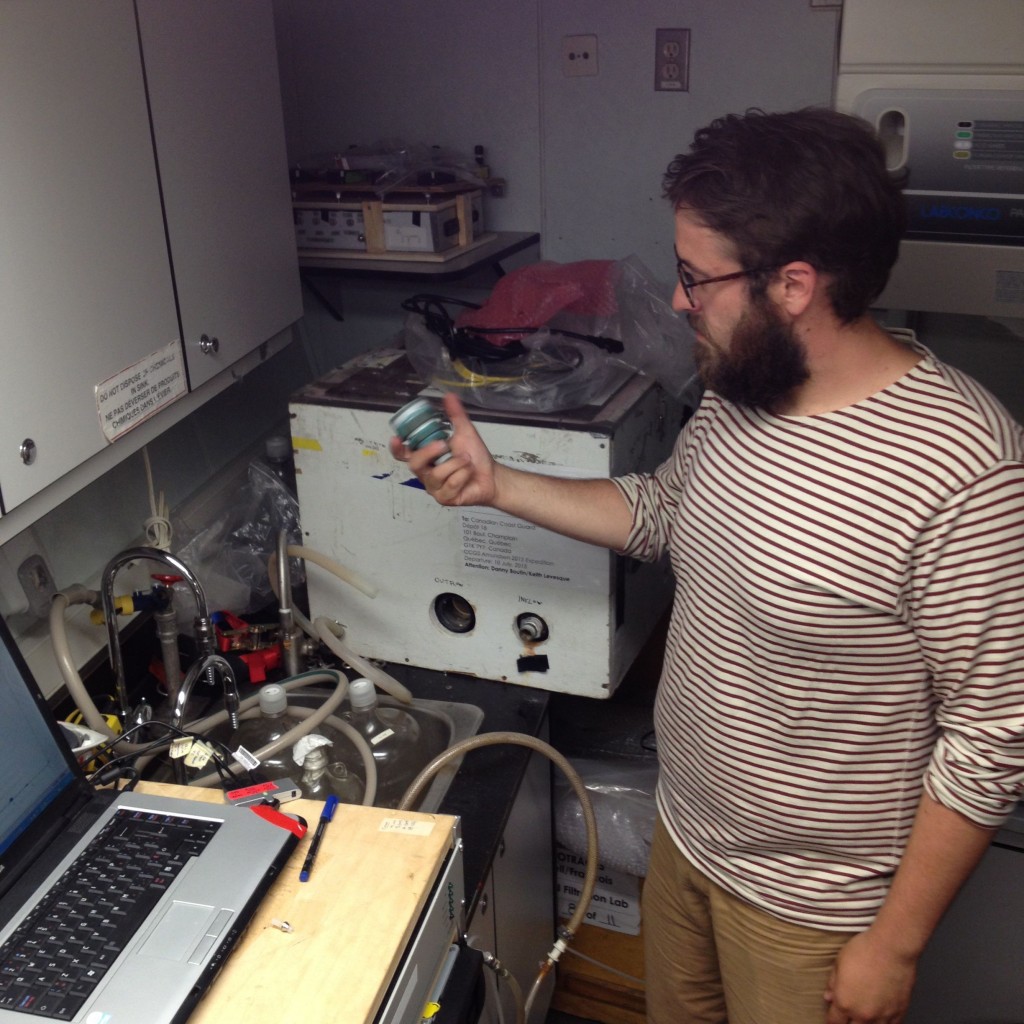 Everything on board a ship is slightly more difficult than on land. All our instruments have to be either strapped or screwed to the floor so that they don’t shift and crash when we break ice. A relatively simple task like plumbing a gas line becomes a 4 hour ordeal with some strong language on all sides when it becomes apparent that all the lines have to go through a shipping container, through two holes in the floor of the ship and then through a bent pipe spiked with rusty nails before they reach the lab, and that in any case they aren’t long enough. We make last-minute runs to the hardware store to buy screws, ratchet straps, and garden hoses. (The word for hardware store in French is quincaillerie, which turns out to be beyond my French capacities.) 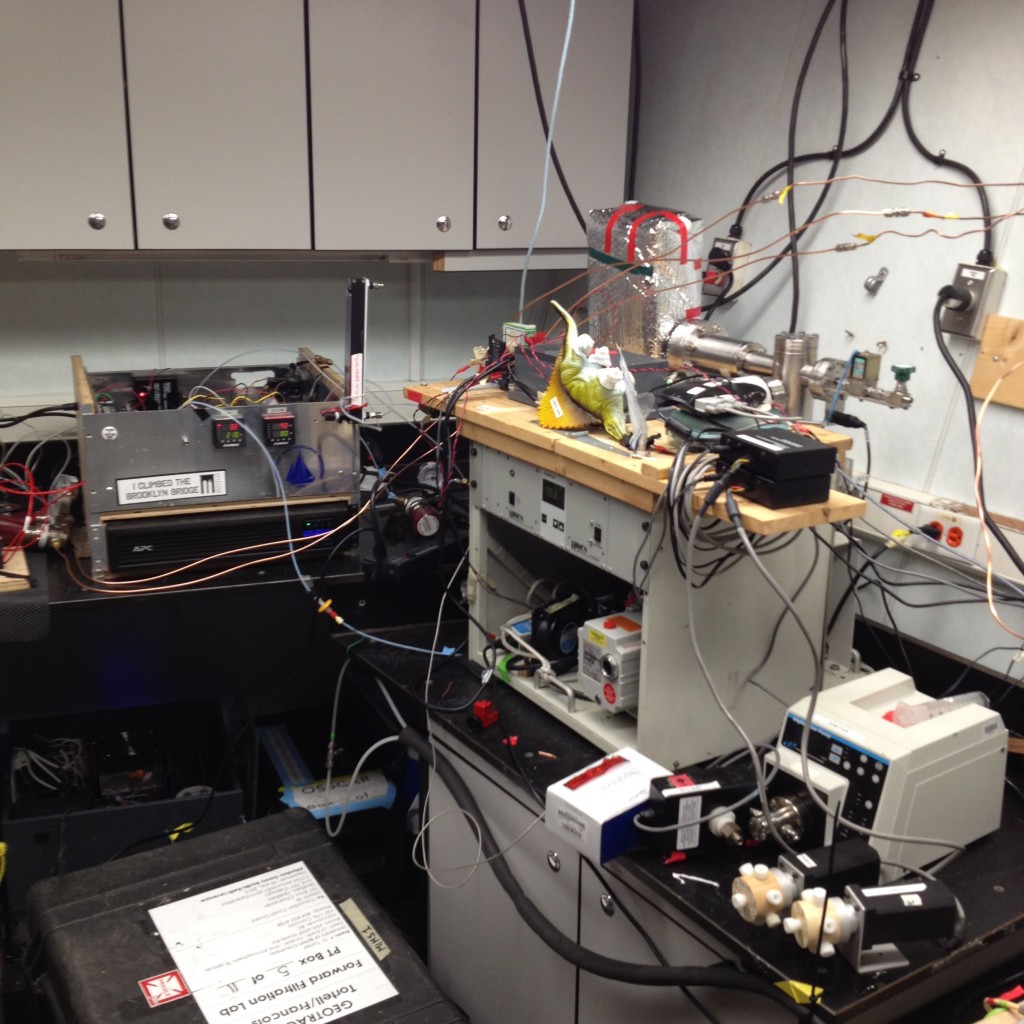 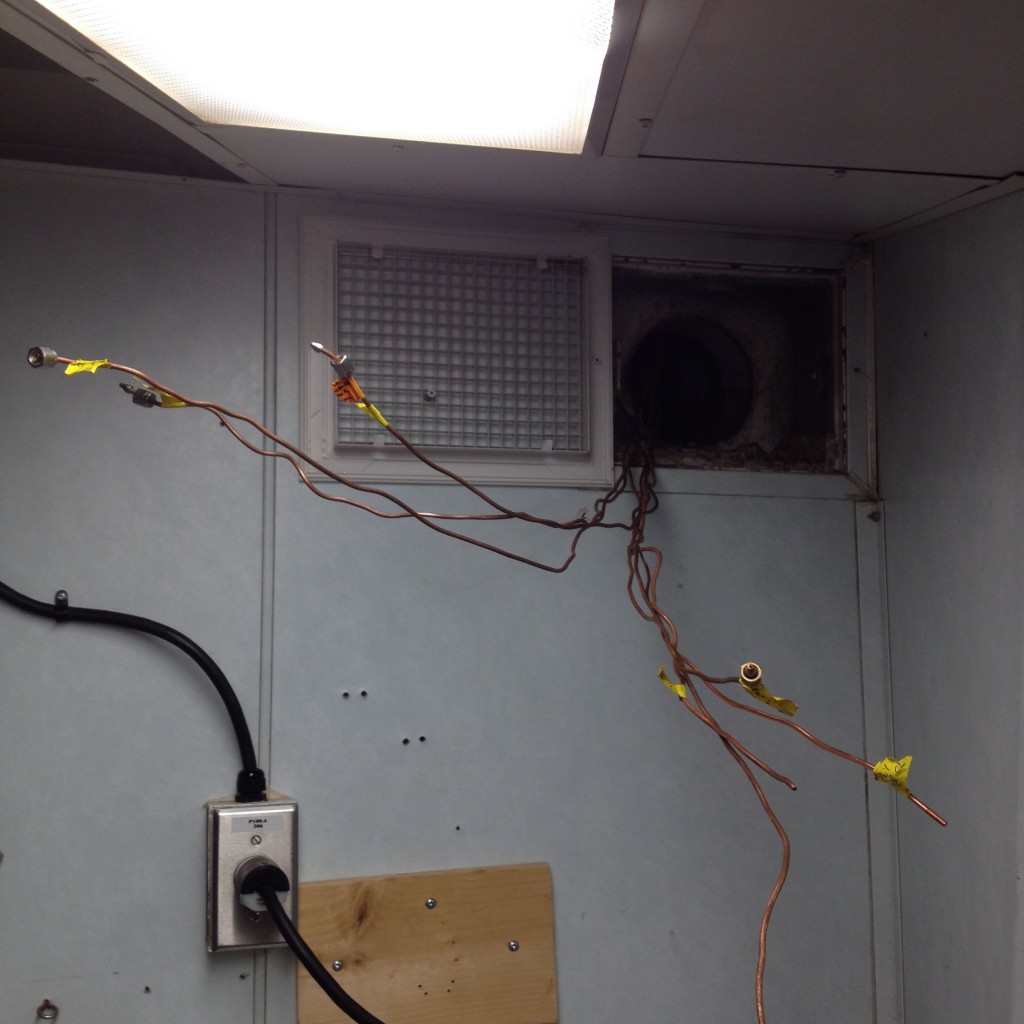 After 4 hours of work, we have gas lines!

Parallel to the scientists, the ship is entirely changing crew – the crews of the Amundsen work in six-week shifts, so the crew that has been on board with us is not the same as the one that will come to the Arctic. The wood-lined narrow halls of the ship are therefore littered with everyone’s personal belongings as we move in and out of our cabins.

No one really says much about it, but there’s a feeling of a collective deep breath. The Amundsen sails in remote waters often, and many of the people on board have done voyages like these many times, but nevertheless, we are heading pretty far out. Tomorrow, we go north, and for six weeks, we rely only on what we have with us. We’ll be going to bed late tonight. 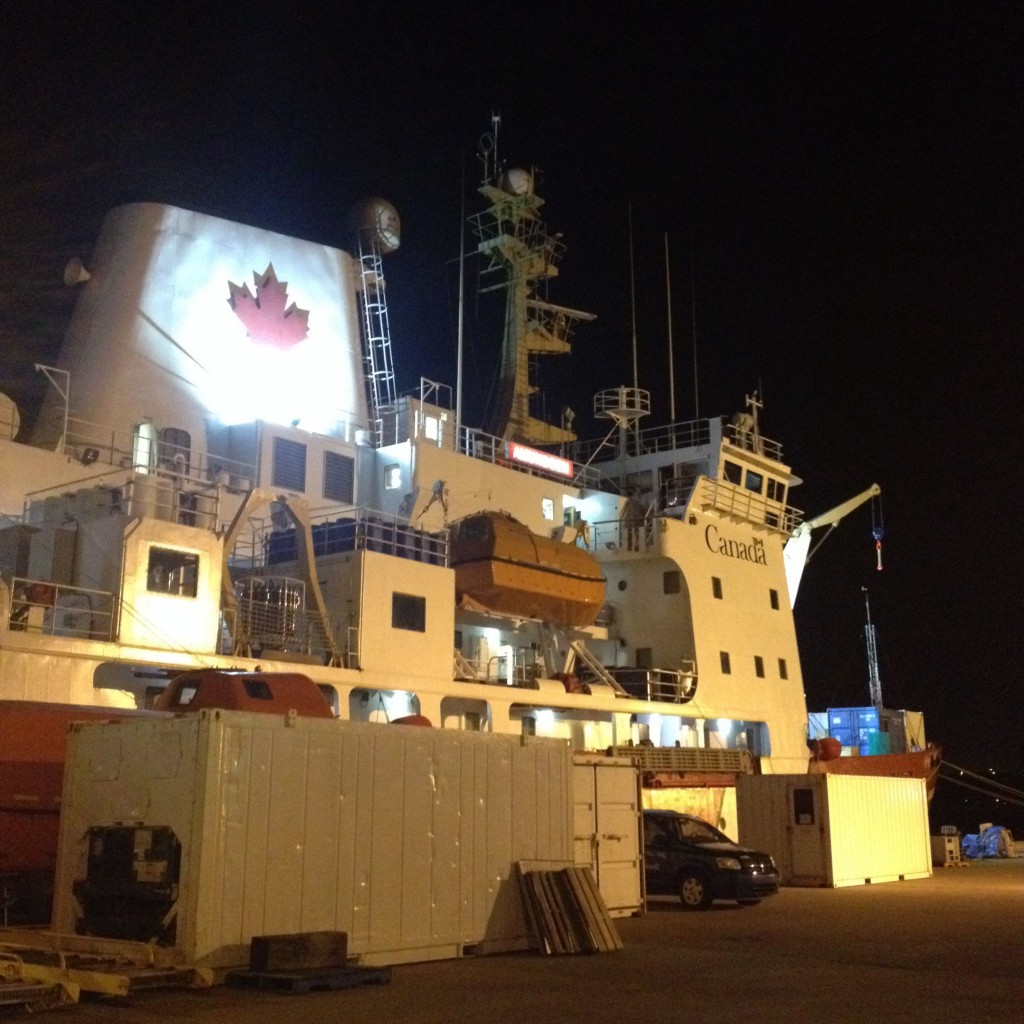 The Amundsen in port at night.