Well, we’re off. The last day in port was spent much like the previous ones – boxes, problems to be fixed, a large amount of ratchet straps – but with a looming deadline. Our original sailing time of eight thirty (0830) was delayed to four thirty (1630). As the time neared, we all came on deck to wave goodbye to the rather great city of Québec, with its big castle and often-remembered plains and readily accessible fruits and vegetables. At 1630, with a cry of “Bon voyage et toute la confiance”, we were untied from deck, the Amundsen blew her horn, the Des Grosseliers blew hers in response, and we started turning north and east, up the St. Lawrence towards Rimouski and the Arctic. 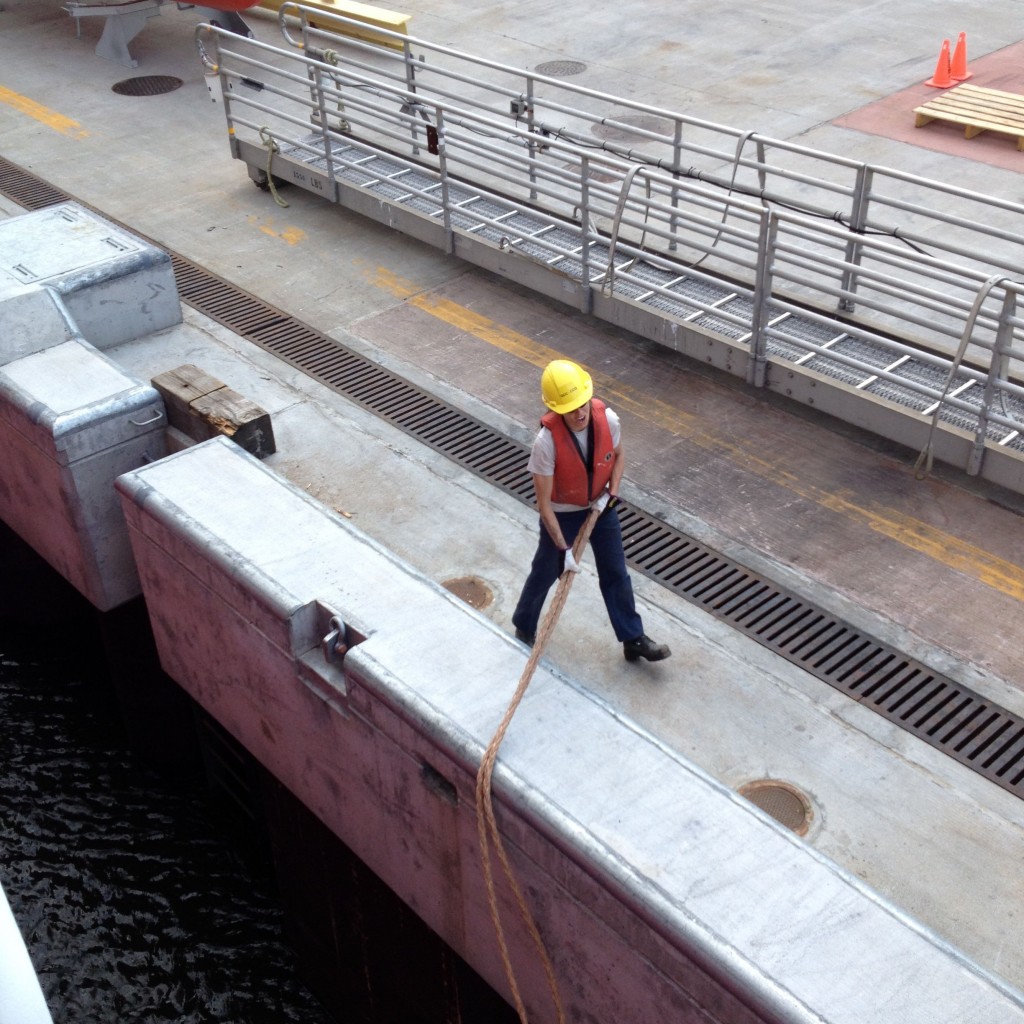 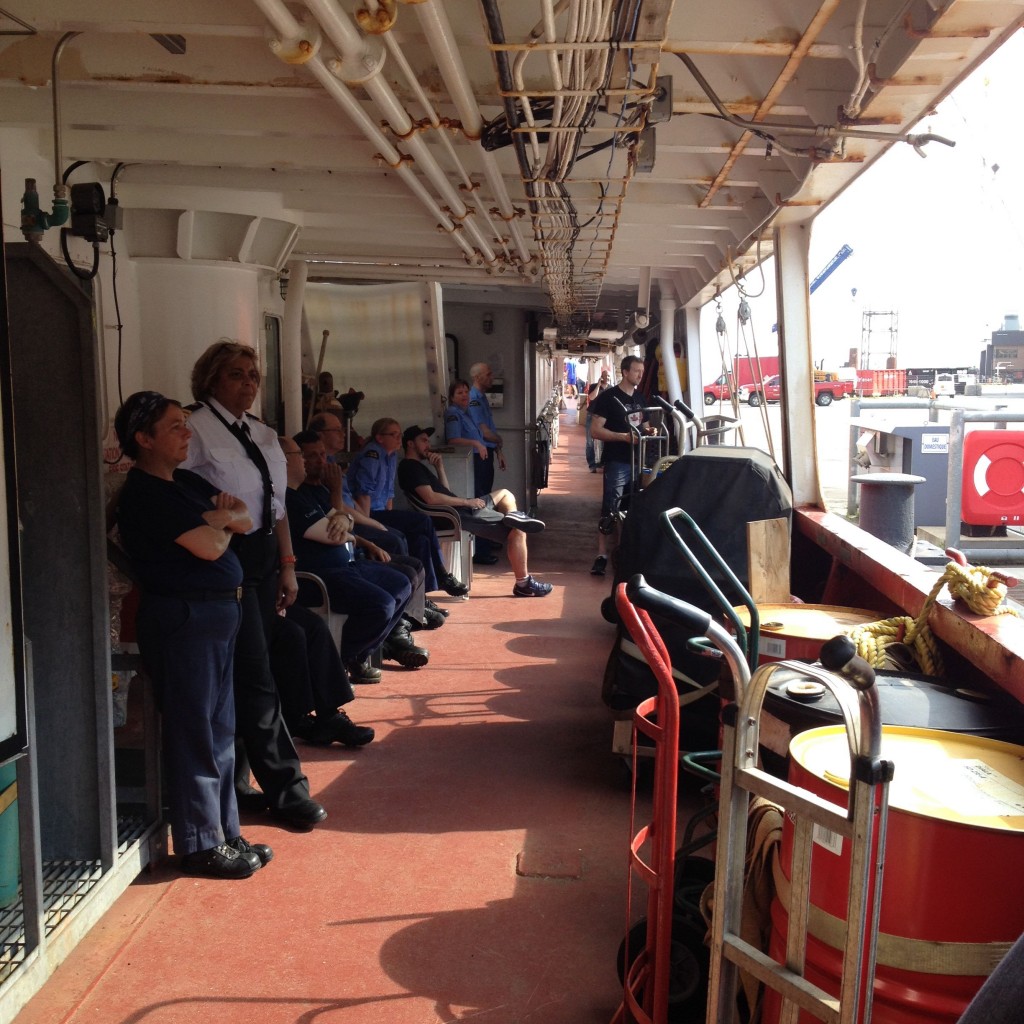 The crew of the Amundsen on deck to watch us embark from land. 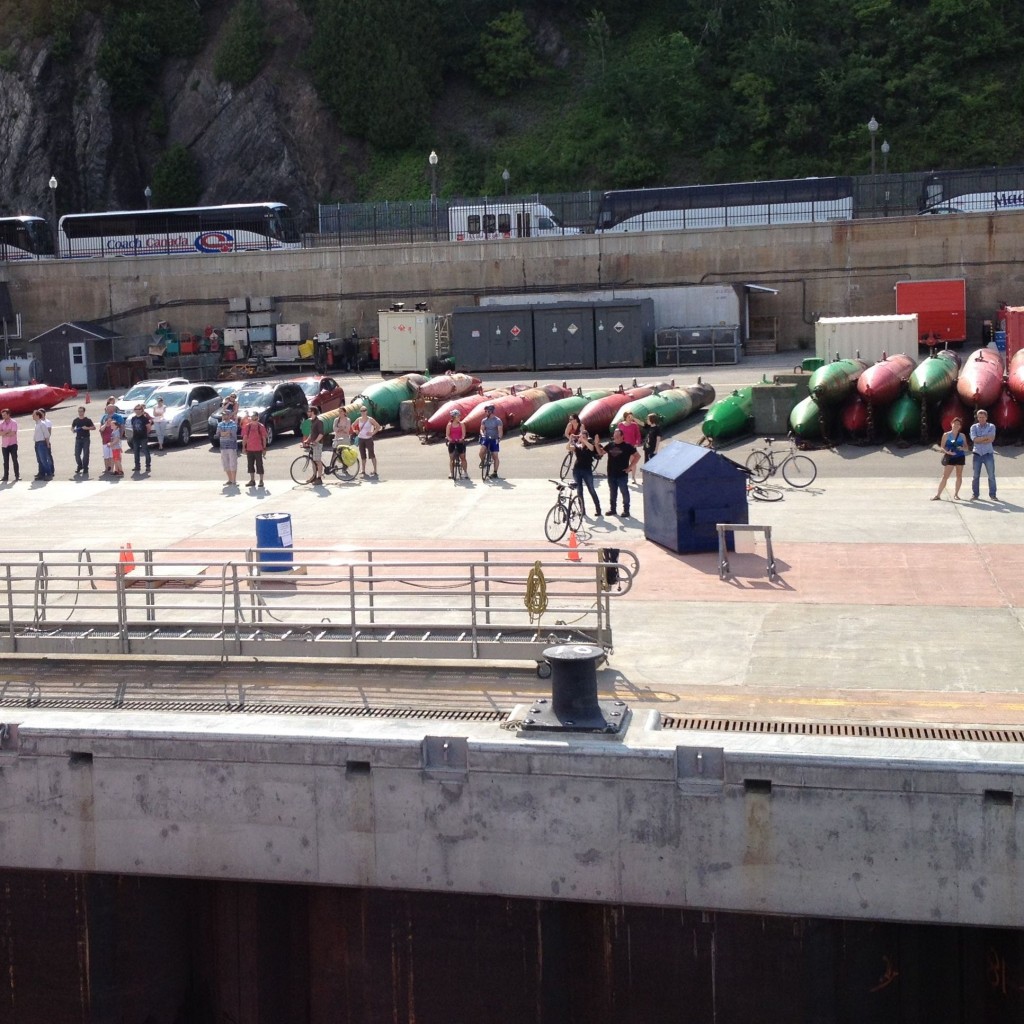 There seemed to be a collective exhalation this afternoon on deck when we drifted away from shore, because there was no more wondering what we’d forgotten. Then, pretty quickly, we dispersed again to continue our various tasks. The cityscape started giving way to rolling countryside, with fewer and fewer lights in the distance. Now we have several days of transit time up the St. Lawrence ahead of us before it gives way to open ocean, but before that, it’s my bedtime. 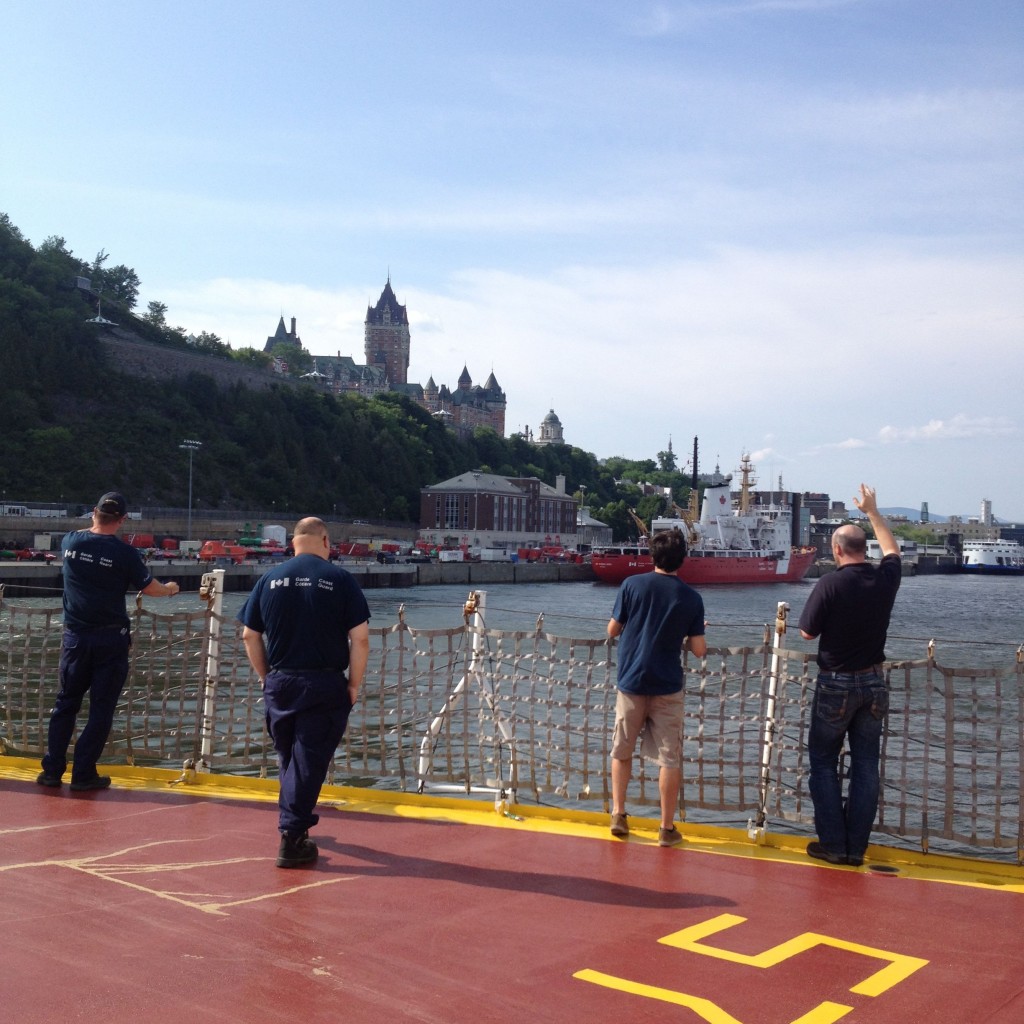 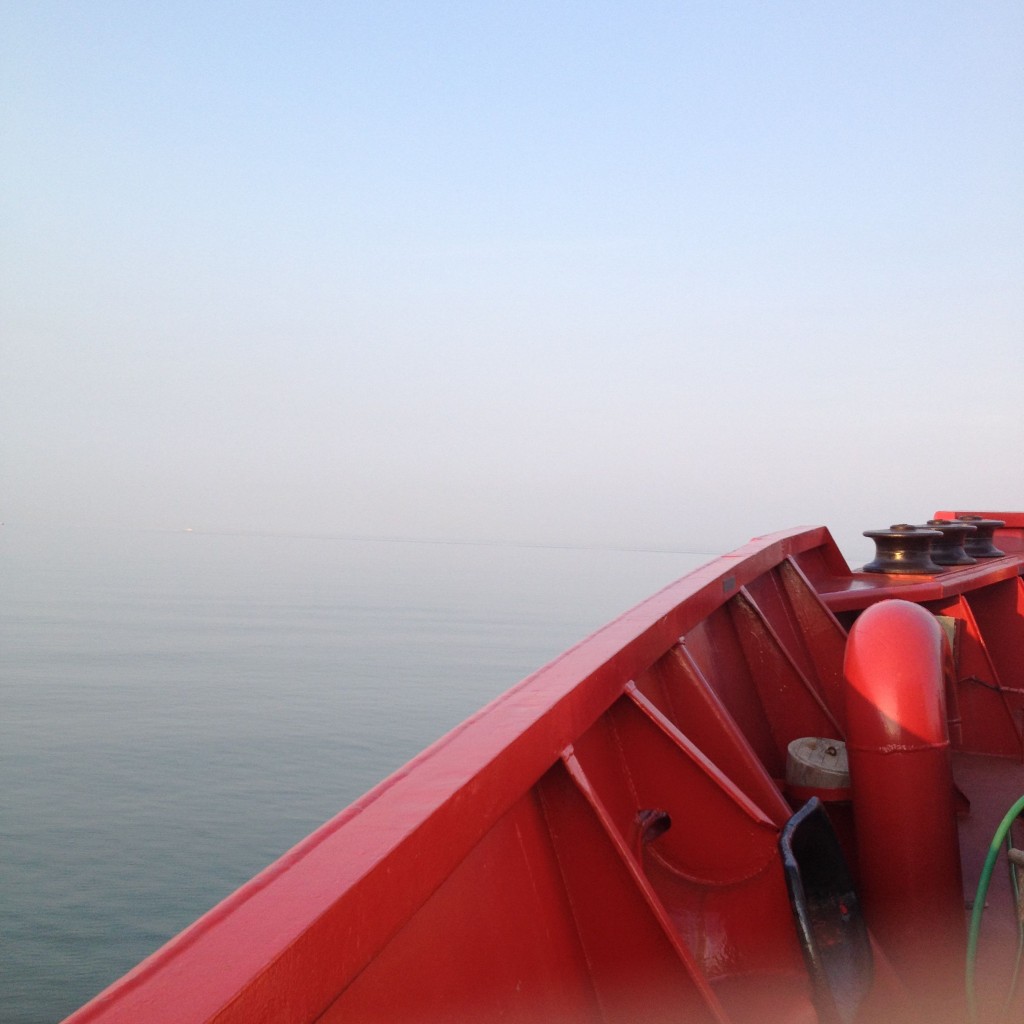