We’re out of sight of land now, and it’s raining today, so the movement of the sea has started to become noticeable. It’s another few days to the first science station, so it’s time to coordinate plans for what to do when we get there. (A sidenote: In oceanographic fieldwork, much of the work occurs at ‘stations‘, which are simply places with designated coordinates where the ship stops to sample seawater and do experiments.) Therefore, we’ve spent a lot of the past few days in meetings and safety briefings. Safety is obviously rather important aboard an Arctic icebreaker, so we’ve had training on everything from helicopter use to septic system rules. (The septic system aboard ships is notoriously fragile, and we were warned that if we broke it, it would be unpleasant. As of this writing, it is broken, and it is indeed unpleasant.) We’ve been told not to smoke in bed, tested the general alarm and been assigned lifeboat stations, donned immersion suits and been given roll-call numbers (I’m scientist number forty-one, part of team Golf.) Every aspect of life on board has a protocol and a plan in place, and we can’t help but admire the crew of the Amundsen for how smoothly they work as a team to keep the ship functioning. Meanwhile, there are seagulls circling the ship, and the wind is picking up. There’s a forecast for 30-knot winds once we reach the Labrador Sea, so we are preparing for a storm. 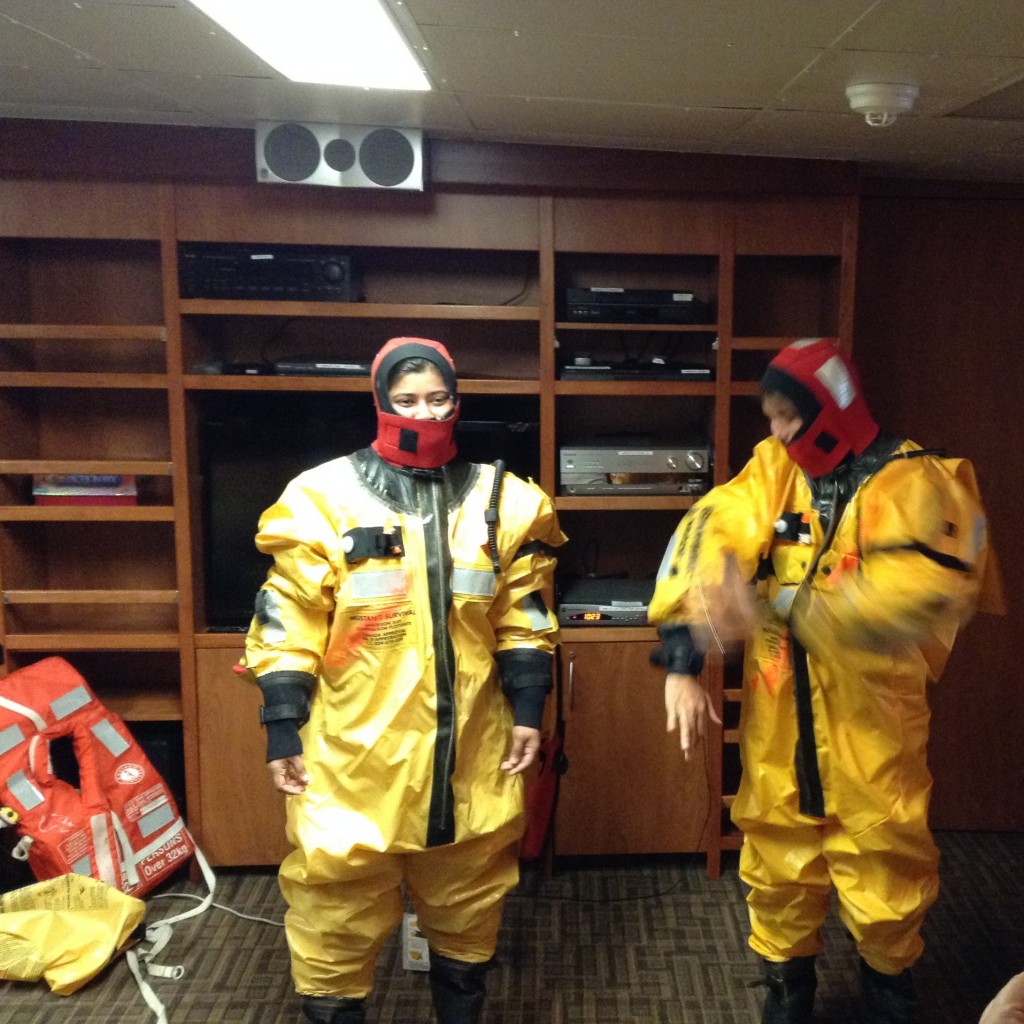 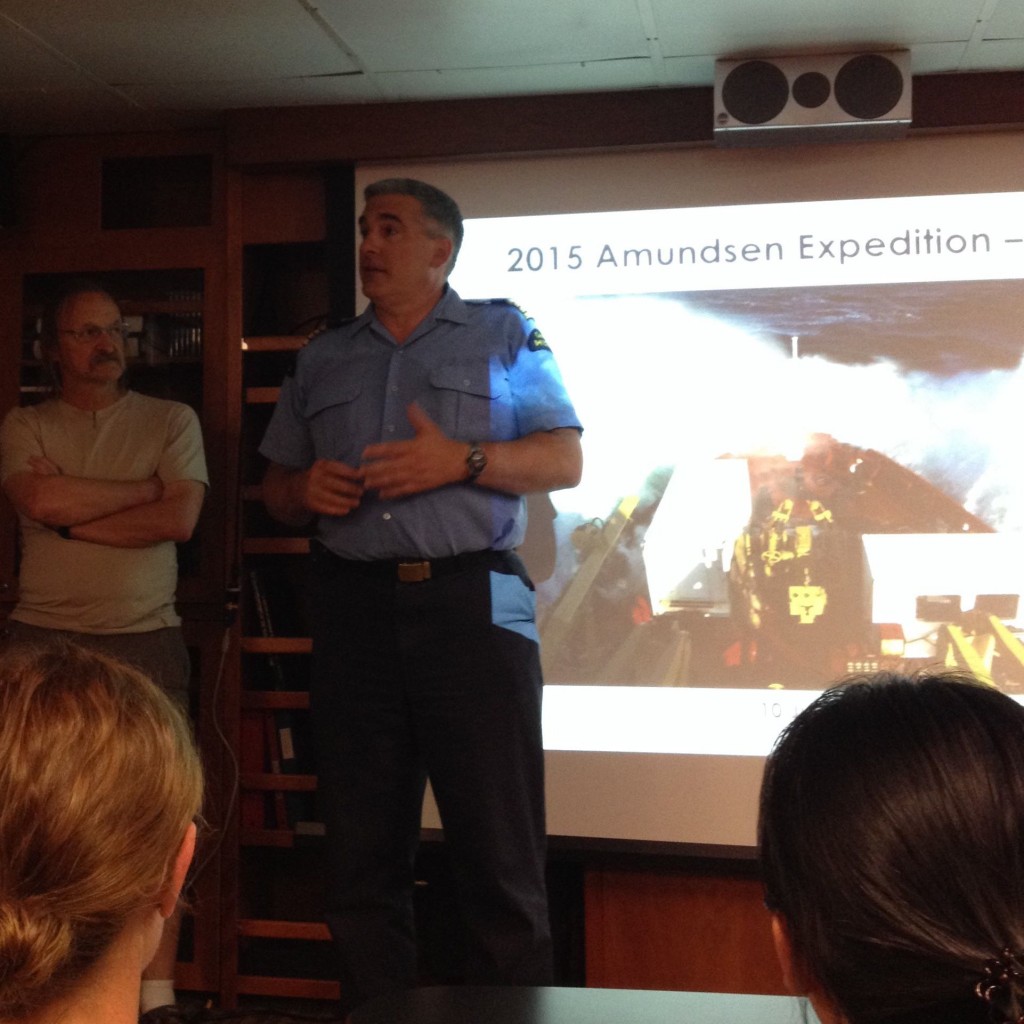 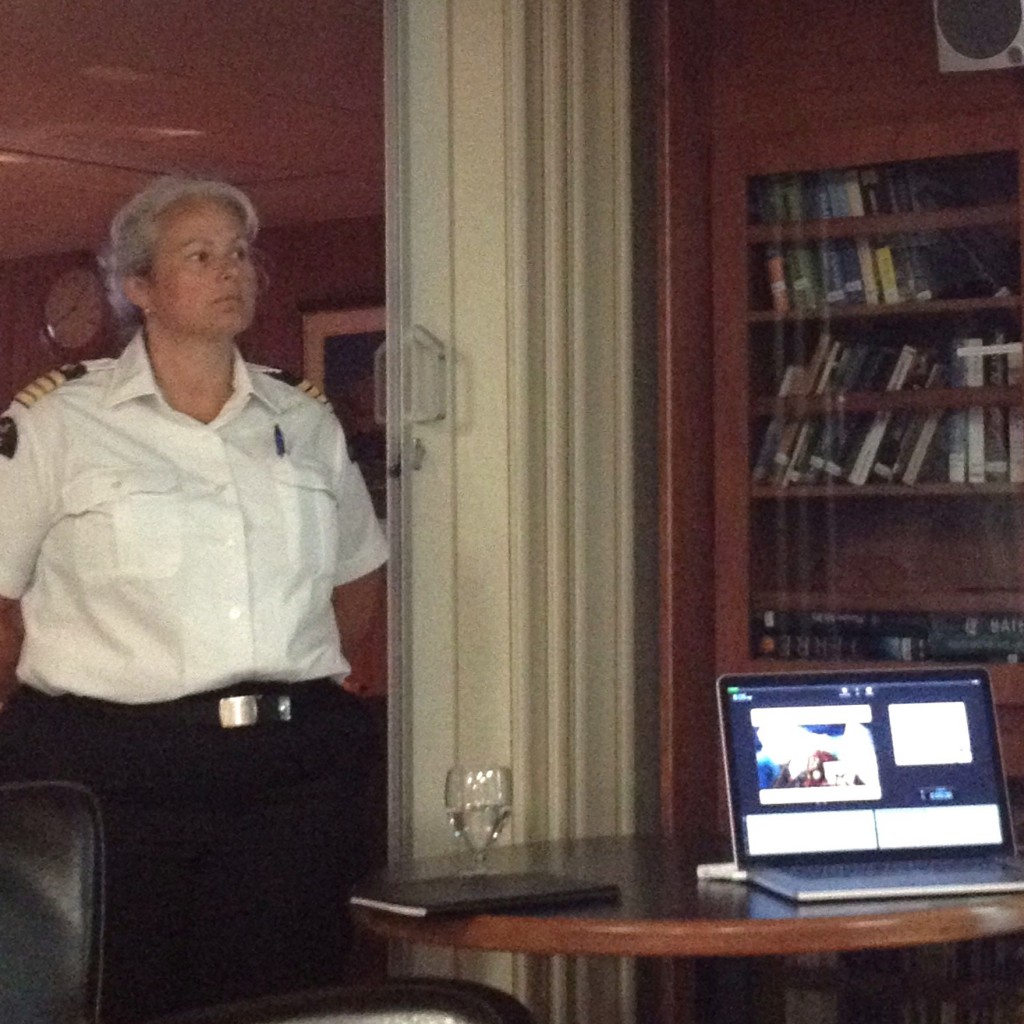 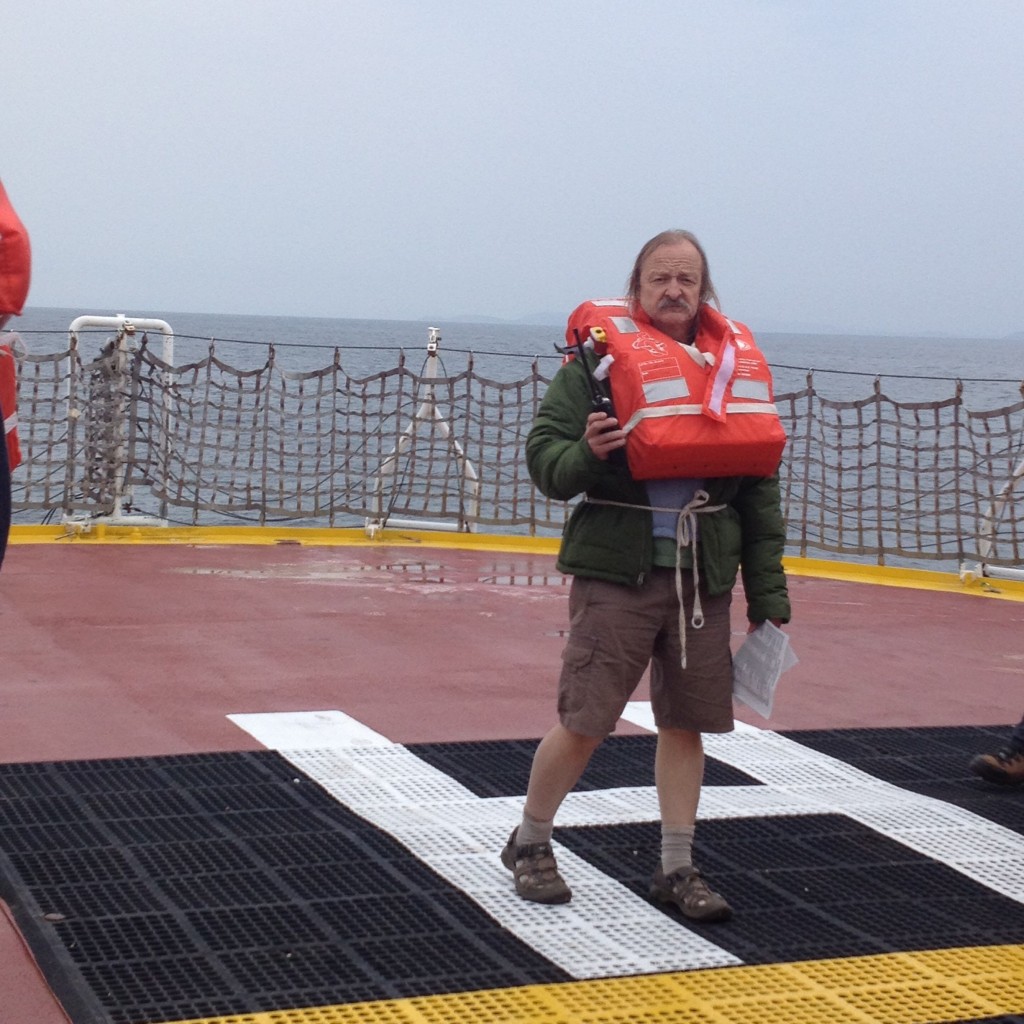 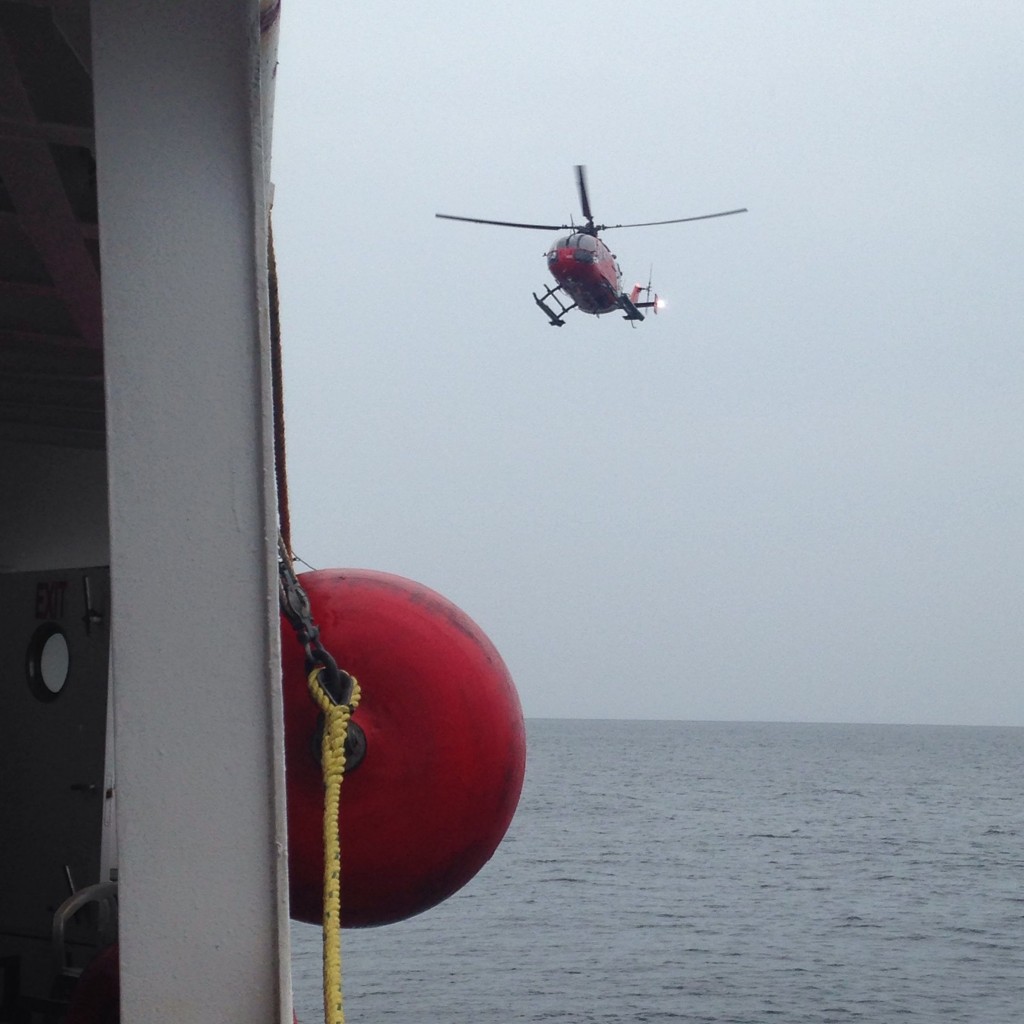 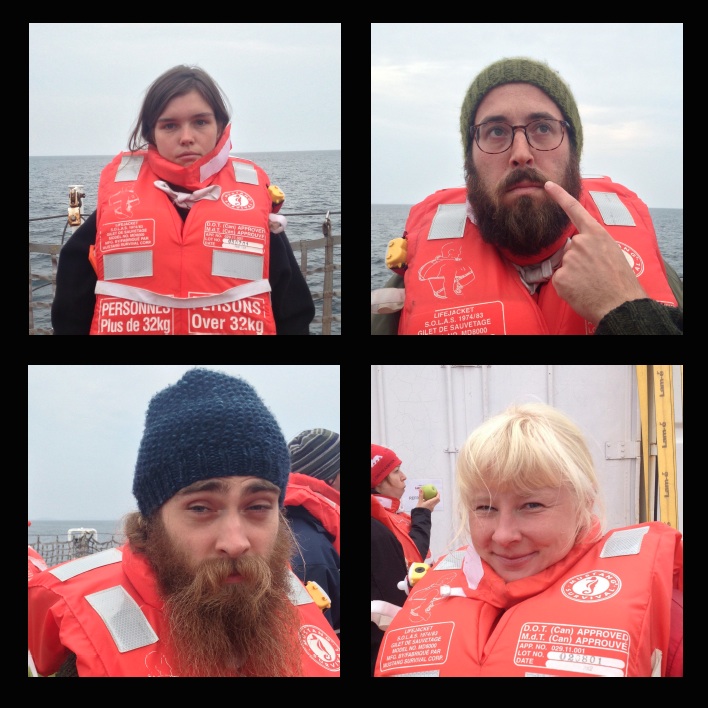 Collectively preparing for the worst.

One Response to Day 2: Logistics and Planning