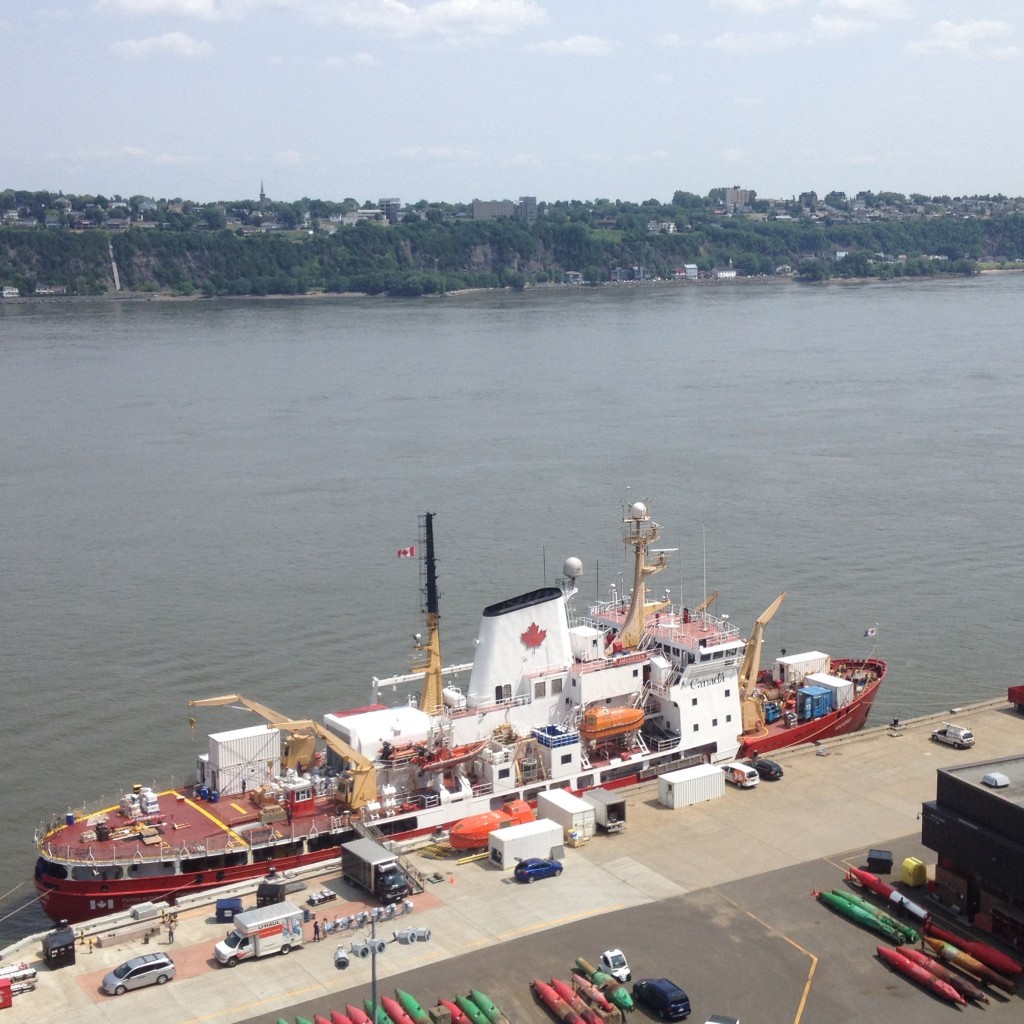 The Amundsen in port below the Plains of Abraham.

After our first sleep onboard last night, we’ve begun the process of loading the ship for the expedition. This is officially called mobilization, and it will take three days. During it, we will set up all the scientific equipment, while the crew organizes everything else we’ll need for our time in the Arctic, from canned fruit to machine oil. The crew are mostly Québecois and the scientists are from all around the world, so there’s a pleasant mix of languages to be heard as we shift our many boxes back and forth along the decks. During the previous months, we’ve sent countless emails to coordinate laboratory space between the different research groups, and now the challenge is to realize plans we made with only theoretical floor plan drawings as a guide. In short, we’ve spent today moving boxes. 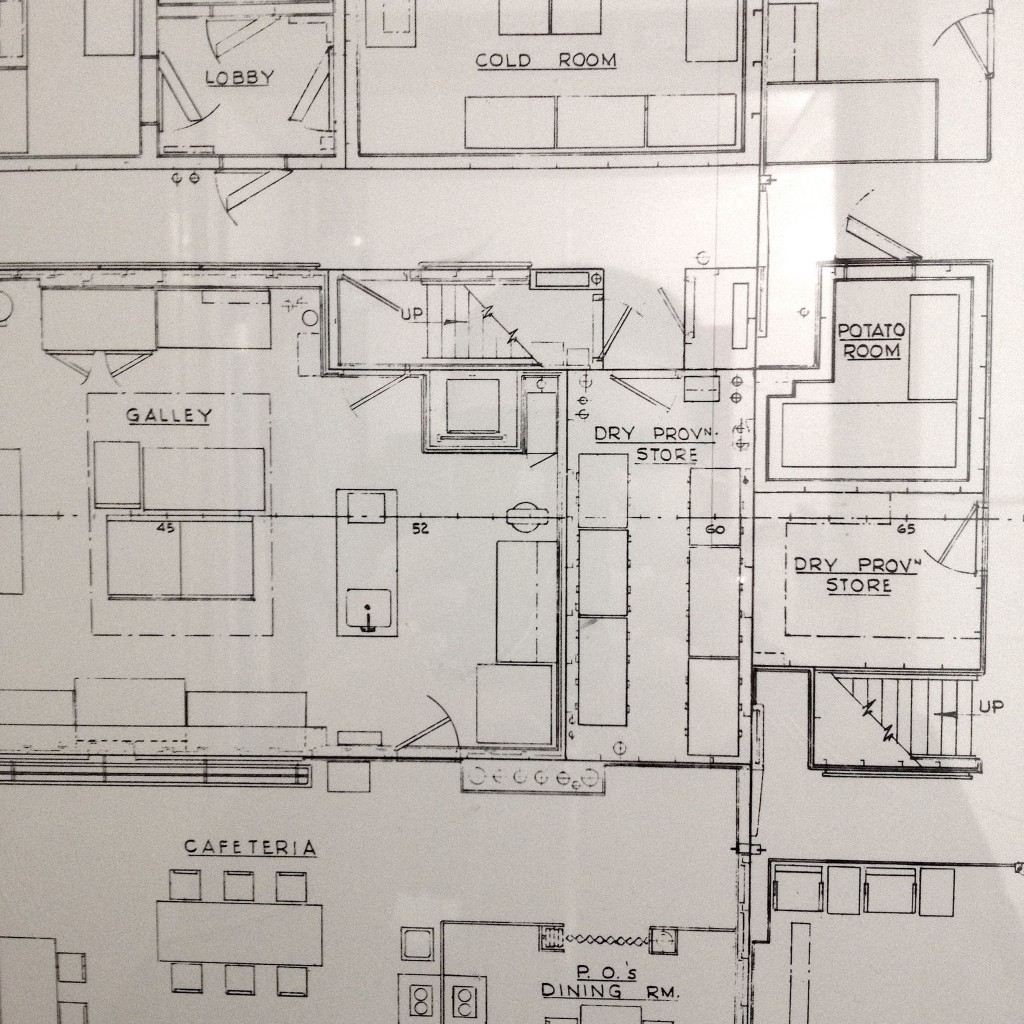 A small part of the ship’s floor plan, incuding the potato room, which we later found – it’s indeed full of potatoes. 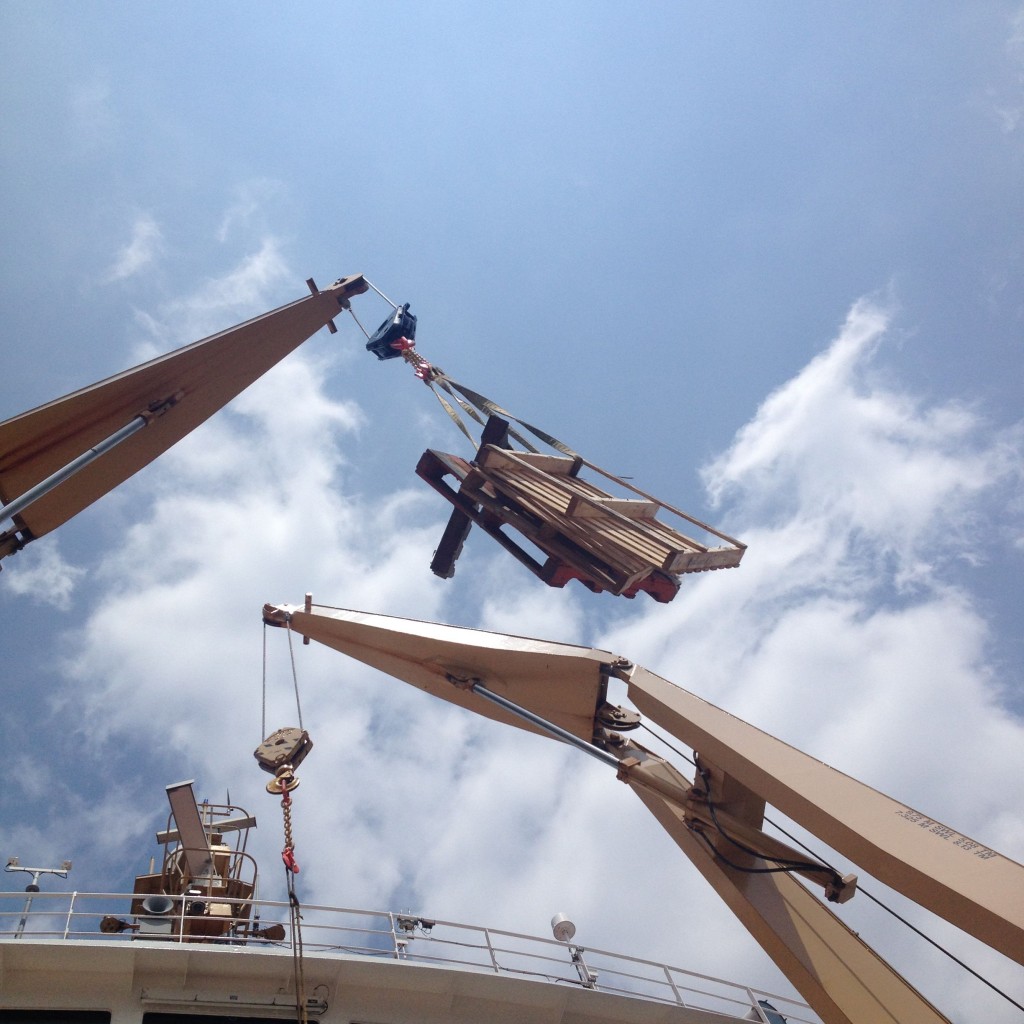 Cranes lifting pallets back off the ship.

We’ve also taken some time to get to know the ship itself, and the second officer kindly gave us a tour. It’s quite a large vessel, with three sleeping decks, and I’ve gotten lost plenty of times just finding the bathroom. Tomorrow, we’ll go on a quick test sail to test the anchor winch, but for now, we’re winding down for the evening. 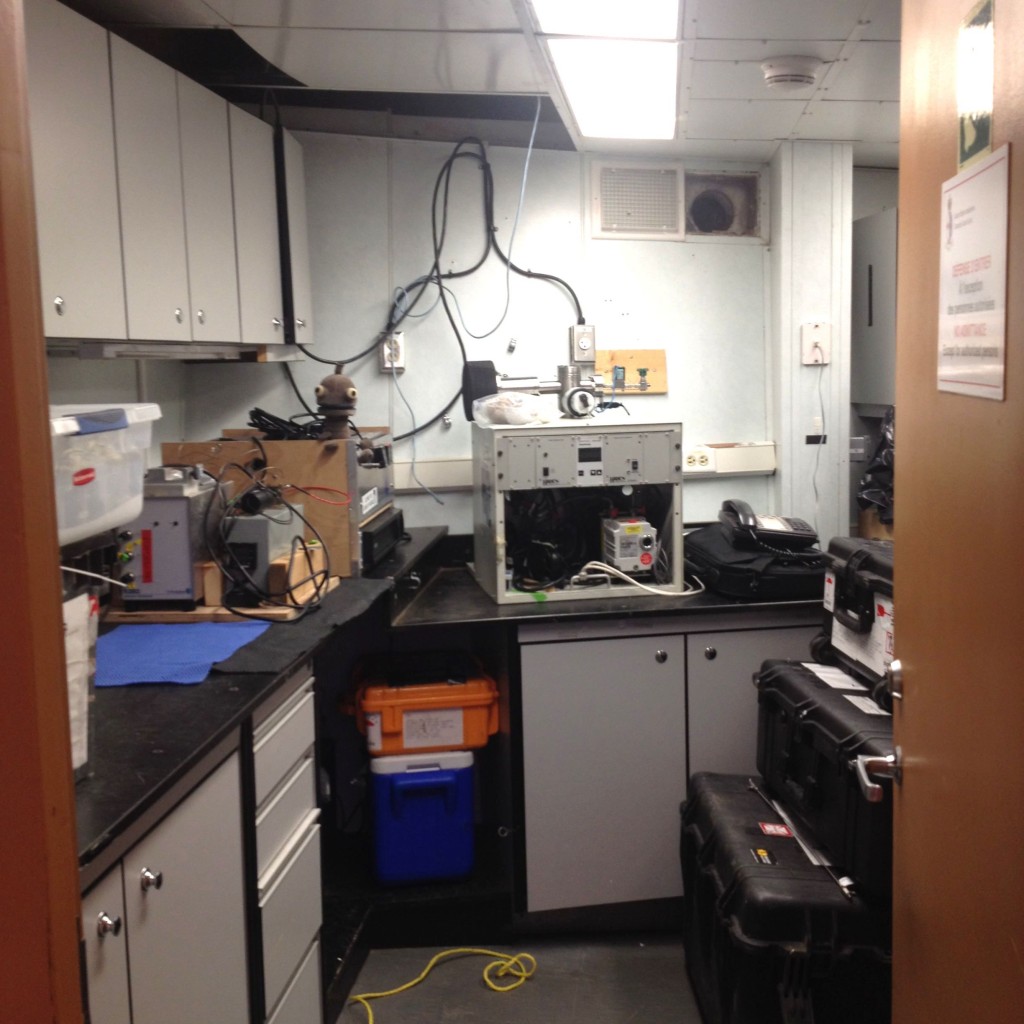 The Forward Filtration lab in the process of setup. 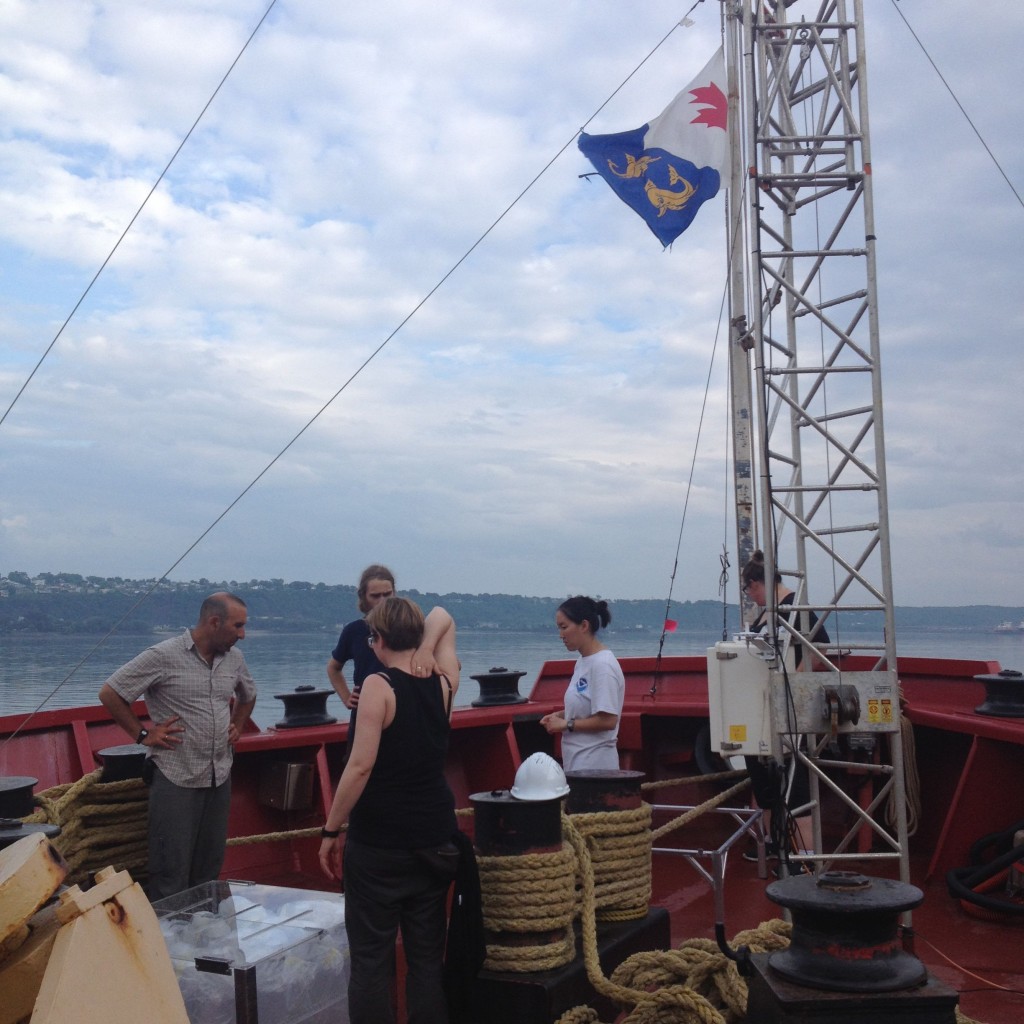 One of the things I’ve noticed in the months we’ve spent preparing the expedition is that a large portion of the time is spent trying to solve very specific, and often very convoluted, logistical problems. Personally, I currently have a bit of a Scottish problem. Part of my research uses an enzyme that converts one sulphur compound into another compound so that it can be analyzed. Said enzyme is only produced in two laboratories in the world, both in the little seaside town of Oban, Scotland, and one of them recently stopped producing it. Because of this, I’ve spent a lot of time over the past three weeks calling Scotland in the middle of the Vancouver night to try to coordinate delivery of the last remaining vials.  This is a non-trivial problem, because the enzyme has to stay frozen, so it ships on dry ice, which is a hazardous material. This makes it very tricky to get it through customs, especially when it’s a customs office on the other end of the country from me. Our lab has received a lot of very gracious help from our colleagues at Université Laval and both Scottish labs with this project, but despite our best efforts, one of the two shipments melted during transit. The other was simply lost by the courier company, TNT. We shall see what that means for my science plans. Though I’m bit disappointed, all around me, people are grappling with their own, similarly specific and convoluted problems, and in any case, at least I got to chat with a pleasant Scottish lady at 3 in the morning.

Enzyme complications notwithstanding, my labmate Nina and I have arrived safely in Québec City, and have spent the past two days wandering the city, meeting with friends, petting strangers’ dogs, remembering lost French, and drinking considerable amounts of Dieu du Ciel! beer. It’s been supremely lovely, and we’re pretty glad to have some days days of leisure before heading up to the ice. Tomorrow evening, we meet the ship. 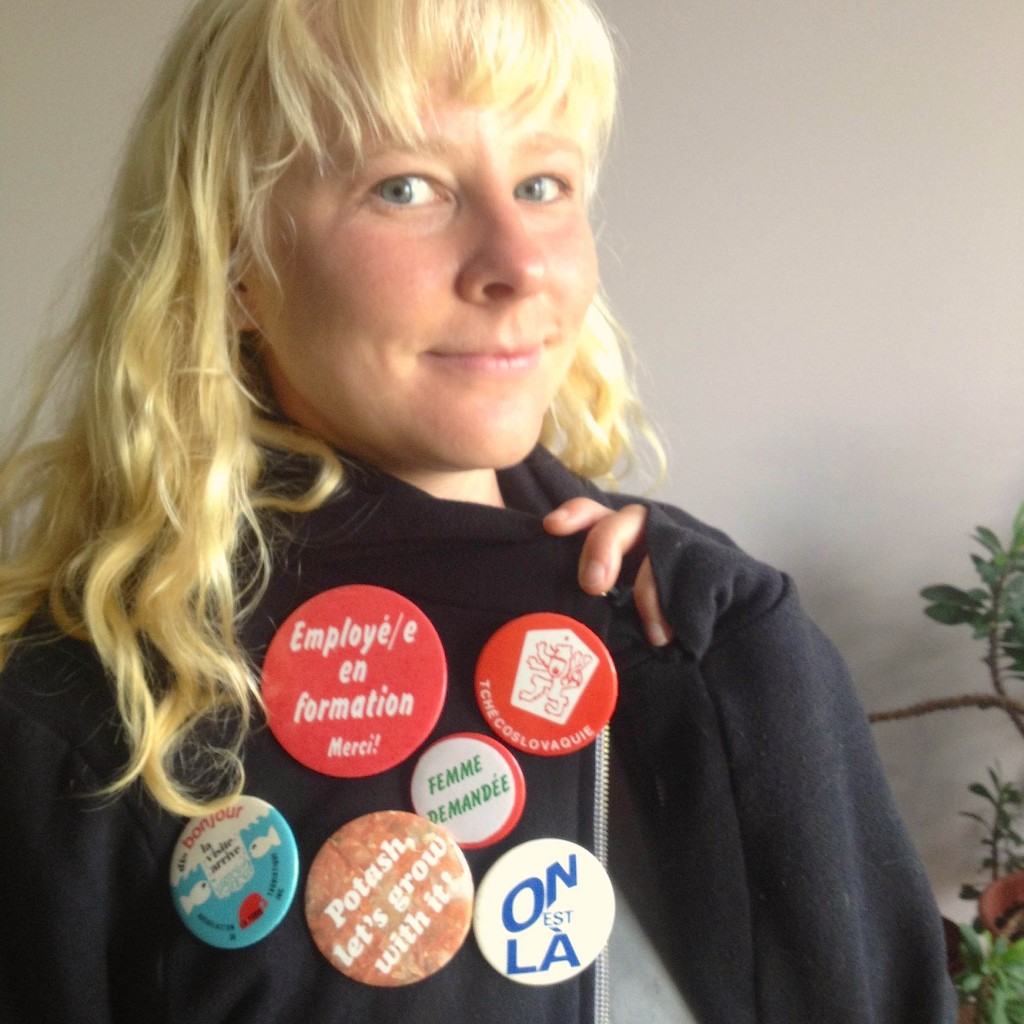 Nina and I spent a solid 45 minutes today picking out these buttons.