Day 25: Back to Science in the Baffin Bay 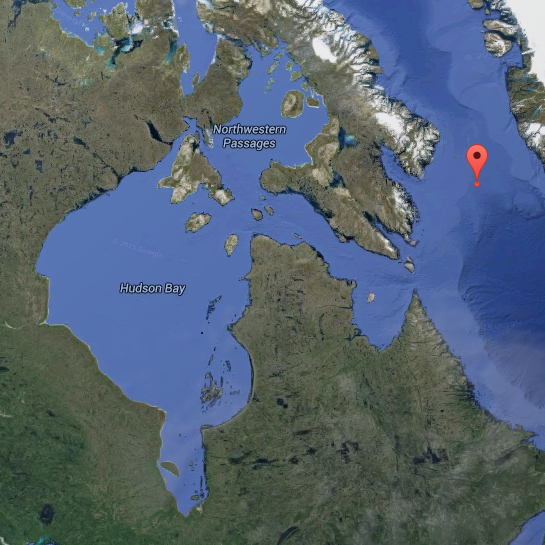 Our location off Baffin Island.

Finally, a scientific station – Baffin Bay One! The Amundsen was humming with activity yesterday as everyone, in parallel, worked on their research. The station started at 4:00 am and finished at 10:00pm, and there was work to do before and after, so many people were up for more than 24 hours, working on any number of things – trace metal casts, high volume pumps, primary productivity casts, CTD profiles, aerosol sampling… The fish team found lots of copepods and a large jellyfish. Clara finished the first incubation of her ocean acidification experiment. Trace metal concentrations were analyzed – apparently, the instrument for analyzing zinc is running very well, so Dave stayed up analyzing zinc for 24 hours. A thousand other small and large things were done, and everyone was excited to finally, after such a long break, be doing the scientific research they had planned and prepared for, months and years ago, in offices and labs and late-night coffeeshops across the country. 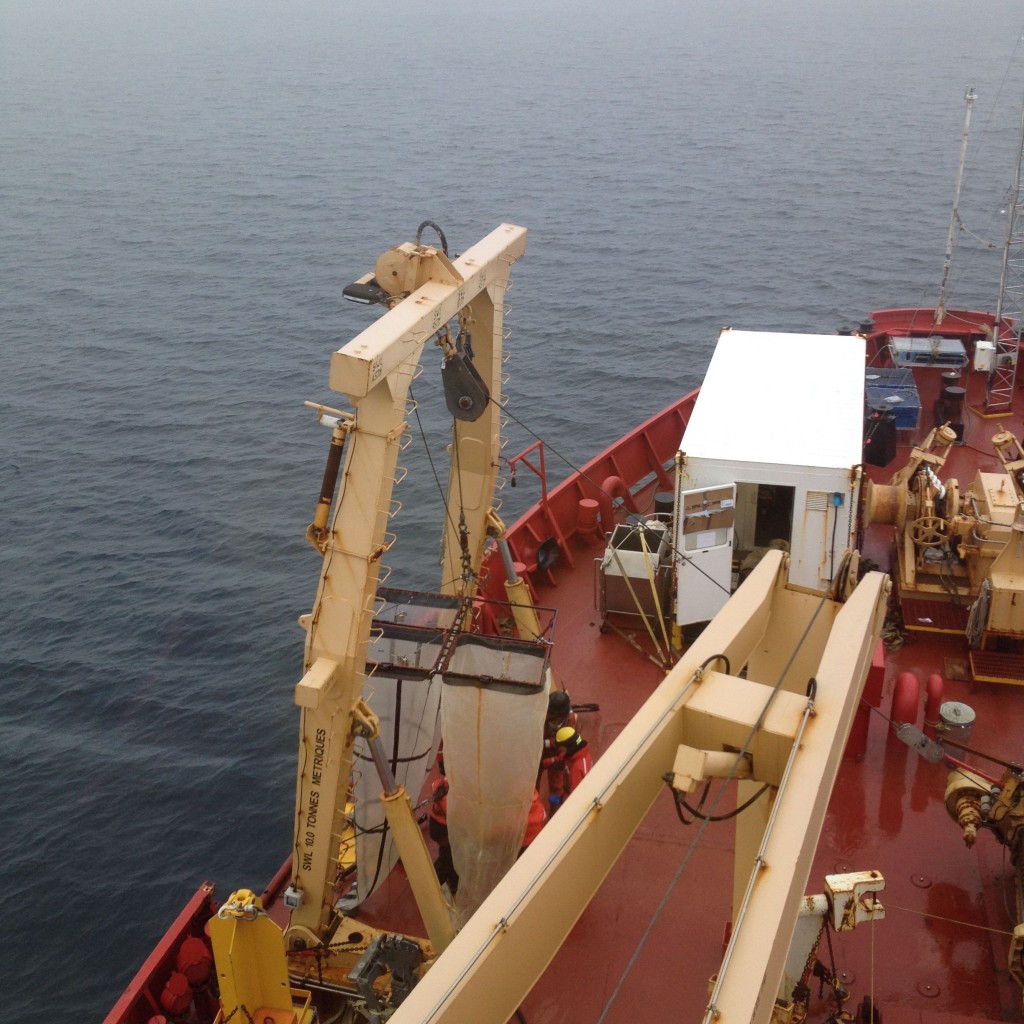 Bongo nets, sampling for copepods and larger animals, being pulled on deck 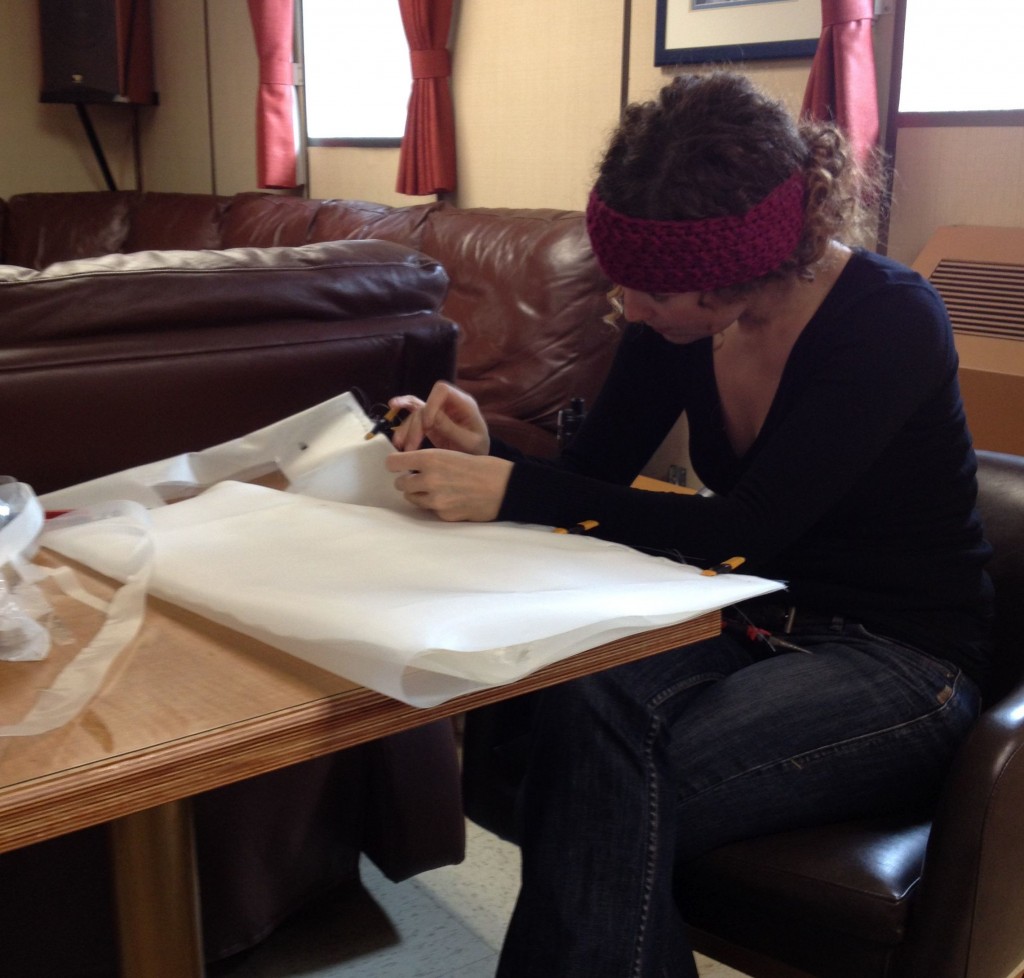 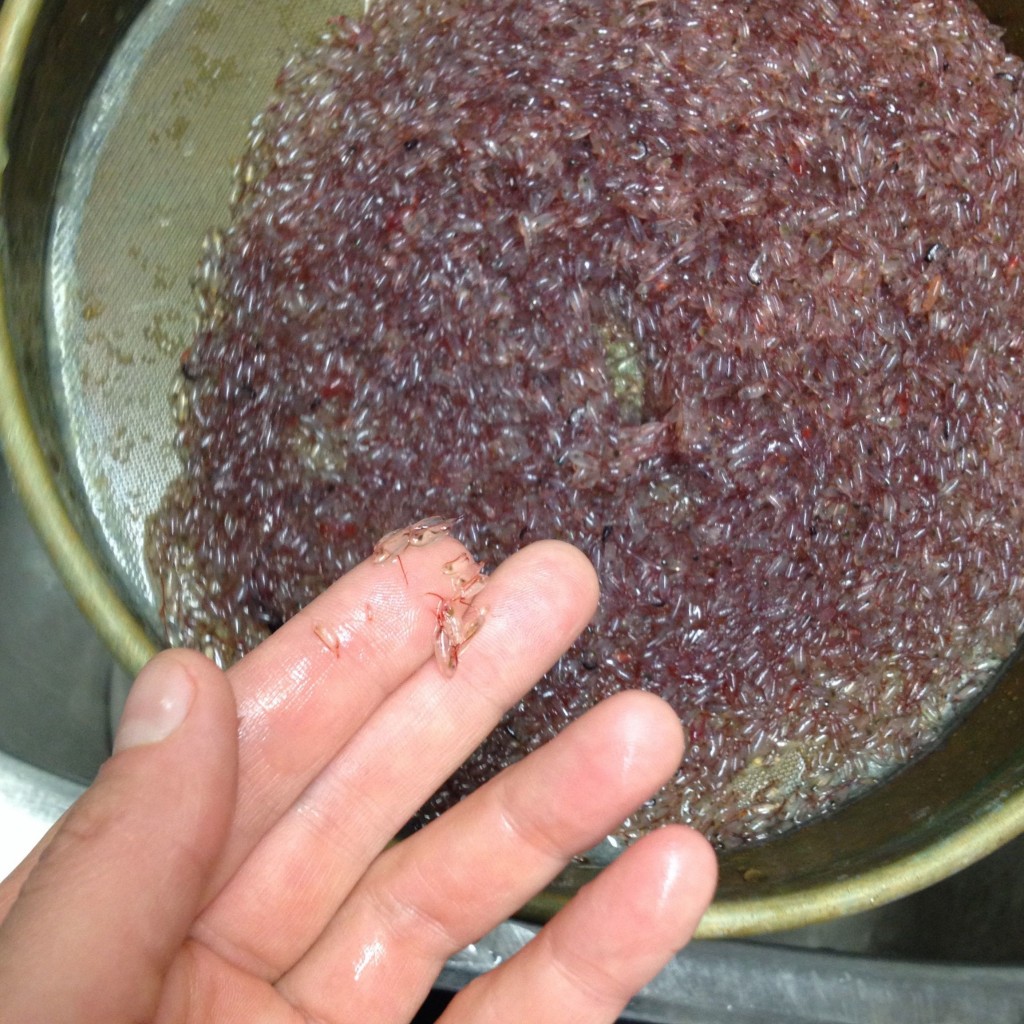 A filter full of copepods. 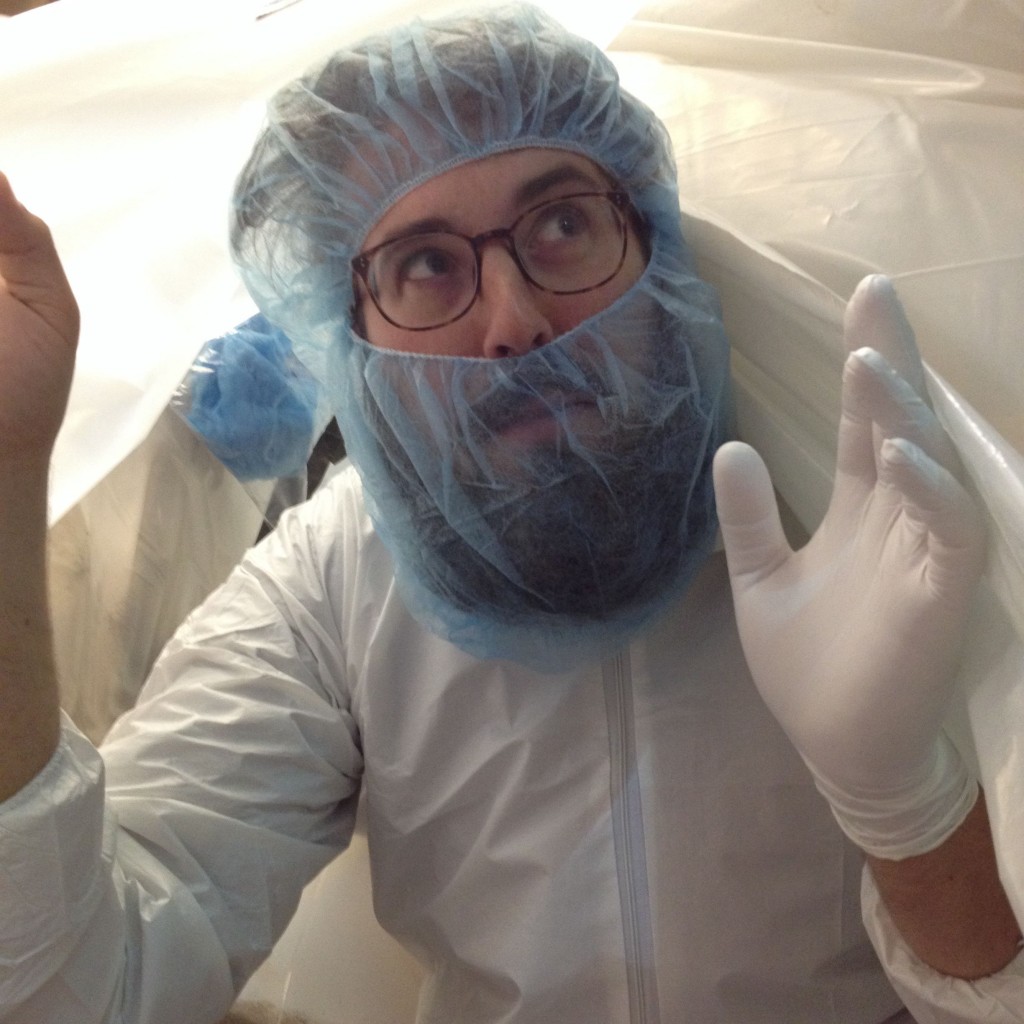 Dave peers from the bubble at the world outside 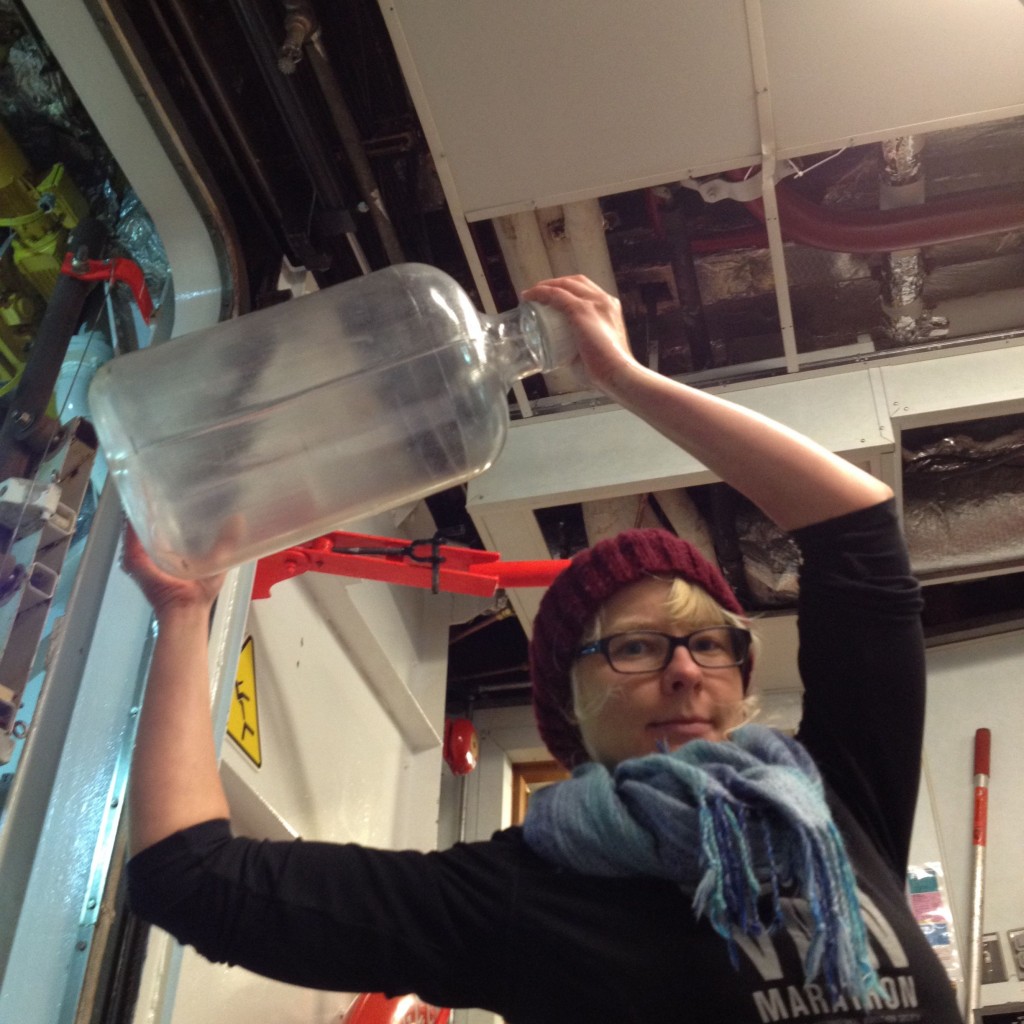 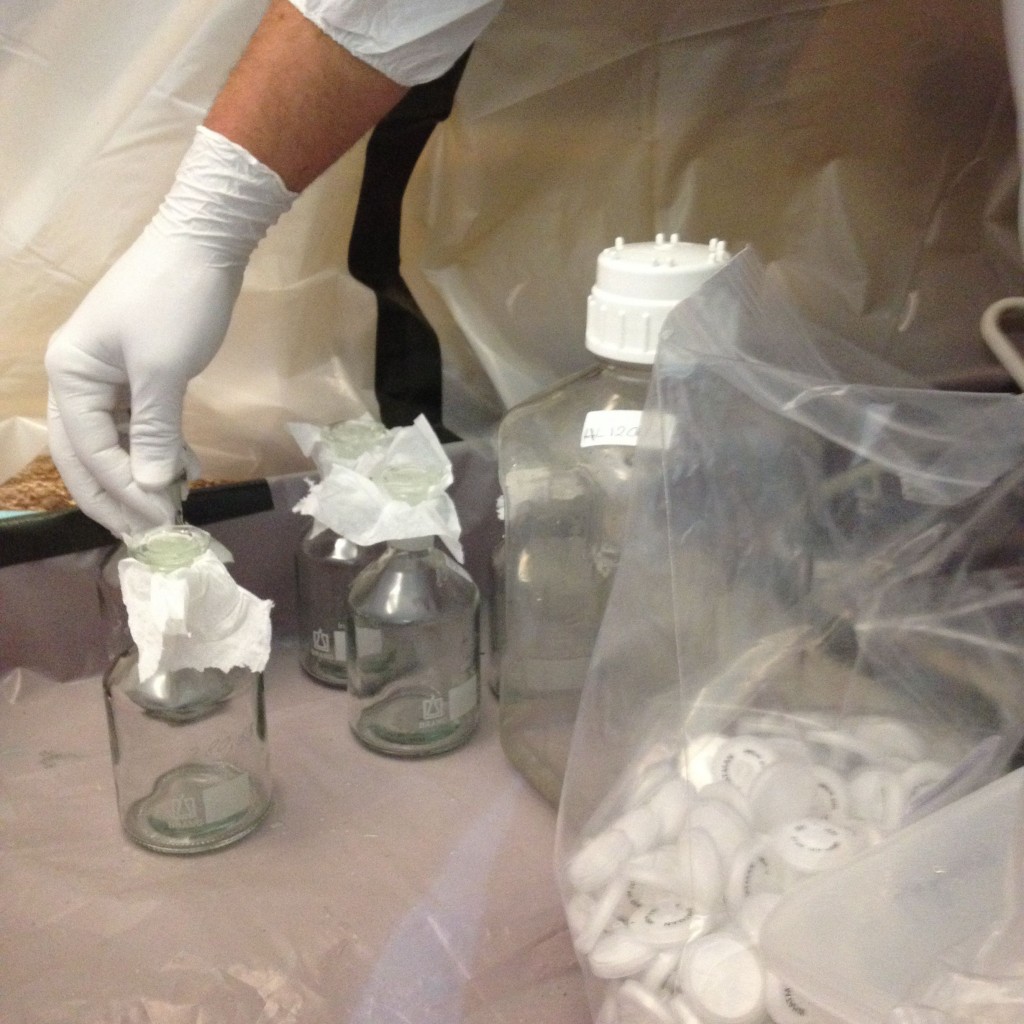 Meanwhile, quietly, we’ve crossed the Arctic circle. Neptune has been laying low for a bit – probably all the science – but we’ve heard the return of the cackling on the radio, so he’s still out there – maybe we’ll see him tonight.