FAILFares are not about celebrating failures, but rather about providing ‘a space in which people can celebrate taking risks and the open and honest sharing of information …so that we could learn from these things.’  – (Trucano, 2011)

I recently read an interesting blog post, by Michael Trucano (@trucano), that described his experience of organizing and hosting a FAILFaire for the World Bank. It got me thinking about the application of this concept to educational development.

A FAILFaire, I learned from the post, is an event that recognizes projects, within an organization, that have not worked: “the pilots that never got anywhere, the applications that are not delivering, the projects that are not having any measurable impact on the lives of people, and the cultural or technical problems that arise.”(MobileAction NGO, quoted in blog post). The philosophy driving FAILFaire initiatives is that sharing lessons about what doesn’t work can encourage people to be innovative and entrepreneurial because lack of results if a likely outcome of any innovation.

Trucano cautions that these events are not about celebrating failures, but rather about providing “a space in which people can celebrate taking risks and the open and honest sharing of information (even and especially about what doesn’t work or isn’t working) so that we could learn from these things.”

He proposes that FAILFaires have two main objectives:

In his blog post, Trucano shares seven ground rules for presenters and also offers other practical suggestions and lessons learned from his own experience.

Within our educational development community, I see many applications. Keeping the two overall objectives in mind (above), FAILFaire events could include:

Only if we understand what doesn’t work in this field, can we collectively learn and get better.*

Thank you to the lovely Dr. Julie Timmermans for the conversations that inspired this post. 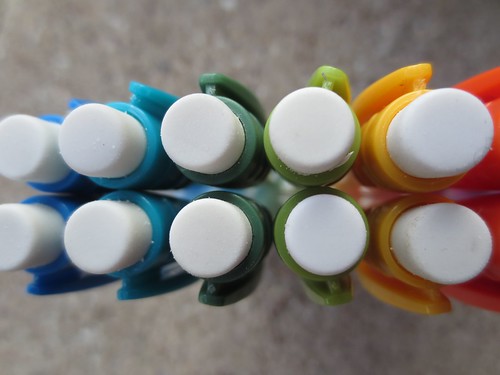 In it, she refers readers to a number of inventories relevant to post-secondary teaching and learning (many of these I have not heard of and would like to follow up on). Here is a list of all those she has written about up to page 158 (that is as far as I’ve gotten in the book), with links to some further information.

Classroom Climate Inventory – gives instructors input on the actual climate within a class in order to evaluate how conducive that atmosphere is to learning. (p.147-148 Weimer’s book). See here (Word version of inventory can be downloaded).

Please email me at isabeau.iqbal(at)ubc.ca or send me a tweet @isabeauiqbal if you have more I can add to this list! 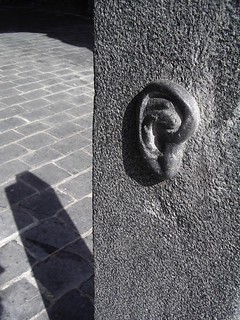 I recently read the textbook Communicating Mindfully by Dr. Dan Huston (@huston_dan) who has written a practical  resource for instructors in post-secondary education.  Though I was drawn to many ideas throughout the book, in this post I consider those from Becoming Better Listeners (Chapter 3) because of their relevance to the work I do with the Formative Peer Review of Teaching Program and in my other educational development work.

Why is active listening so rare in our lives?

Huston suggests that one of the main reasons active listening (sometimes called deep listening) is so rare in our lives is because of our wandering minds, which entertain regularly changing thoughts. Given that we typically function at high speed and on a tight schedule, efficiency is our priority. As such, we often allot a set time to conversations; this does not create the spaciousness needed for active listening. I have only to think about my Outlook calendar and typical work week: all my meetings (which are, in effect, discussions and/or conversations of one sort or another) have pre-determined start and end times.

Behaviours that interfere with active listening

In contexts where we do not create spaciousness for conversations, we may behave in ways that interfere with active listening. Such behaviours include:

Huston notes that the above list has been adapted from Rebecca Shafir’s book The Zen of Listening: Mindful Communication in the Age of Distraction (p.123-129.)

Though Huston recognizes that some of the behaviours above may be appropriate in specific conditions (e.g., asking questions to get someone back on a topic), he points out that it is our impatience which often leads to the interfering behaviours. This resonated with me. Huston suggests that when we feel strong emotions, such as impatience, as we are listening, we can learn to observe the emotions in our brains and body. Though it seems paradoxical, we can become better listeners when we are more self-aware. This sort of mindfulness recognizes that we cannot predict or necessarily choose how we are going to feel in a conversation, yet it can help us be more attentive to the present moment. By making “empathy a higher priority than getting things done quickly” (p.64), we can become better listeners. That empathy needs to be directed towards the conversation partner and towards ourselves when we experience emotions, as listeners, that make us potentially less skillful listeners.

Interested in practicing mindfulness and/or using it in your teaching or educational development practice?

Huston provides many do-able mindfulness exercises throughout his book (and he counters the fear that practicing mindfulness means having to do everything at “a snail’s pace”). These exercises can be applied in teaching and/or in non-teaching contexts.  The web also has countless sites with suggestions, and recordings, etc. See, for example: 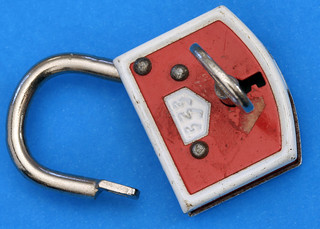 Much of my work and scholarship revolves around the peer review of teaching.  This morning I spent my time revising a resource on the formative peer review of teaching section of CTLT’s website. The resource is useful for any reviewer or reviewee  as it highlights many considerations and process-related questions; it also provides sample wording that a reviewer might use in a pre-observation meeting.

The 3-page PDF can be found here.  I encourage you to use it and adapt it for your own purposes.

My goal over the next few months is to update the formative peer review section of the site and share out these resources. Anyone who teaches knows that, in a given class, there are students who talk readily and others who don’t.

As a way to “hear” the thoughts of those who don’t normally speak out loud, and as a means to find out what students were thinking about a topic/concept that I had introduced the class before, I decided to try an activity called the “Silent Socratic Dialogue”, which is based, of course on the Socratic Method.

In many resources on teaching and learning in higher education, you will find reference to The Socratic Method. Variously defined, this description works well for me:

“In the Socratic method, the classroom experience is a shared dialogue between teacher and students in which both are responsible for pushing the dialogue forward through questioning. The “teacher,” or leader of the dialogue, asks probing questions in an effort to expose the values and beliefs which frame and support the thoughts and statements of the participants in the inquiry. The students ask questions as well, both of the teacher and each other.” (Stanford’s “Speaking of Teaching” Newsletter, 2003. Theme issue on Socratic Method)

(1) ‘Hear’ what students were thinking/wondering about a topic that had been introduced the previous class and which I thought might have spurred curiousity, frustration, doubt….or??

(2) Give students the chance to express their thoughts individually;  and

(3)  Provide the opportunity for some dialogue, but not in the forum of a large or small group discussion.

I conducted this activity as  follows:

I found the reflections and responses illuminating  because they gave me a sense of what students were thinking/feeling/wondering in regards to the concept that had been introduced the previous class. The written dialogue showed me the variations of interpretations and also the remaining questions.  I was able to address several of these (without making reference to any particular student) in future classes.

The Silent Socratic Dialogue by “On Course Workshop”