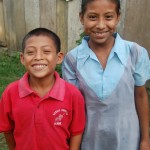 The next meeting of the Latin America and the Global Reading Group will be next Wednesday, February 11, 2015 at 3pm in the Research Unit of the Liu Institute (Room 121). Below please find a brief description of the presentation Autumn will give on her research in Q’eqchi’ communities in Guatemala.

Please attend and bring your questions!

How does defense of La Madre Tierra figure in Q’eqchi’ Mayas’ political imaginaries in “post-conflict” Guatemala?

Many Q’eqchi’ Mayas I interviewed for my doctoral research are engaged in life-and-death struggles over their current and future occupation of La Madre Tierra in northeastern Guatemala. In the past decade in particular whole communities have experienced violent evictions by corporations who are destroying their traditional lands in the name of profit and “development.” How are Q’eqchi’s’ political imaginaries shaped by experiences of conflict, especially during the armed conflict (1960-1996) and in more recent and ongoing waves of violent evictions?

I invite those who attend to help me think through the limitations and possibilities of my research, especially given my outsider status in Q’eqchi’ communities. 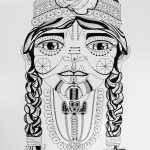 Welcome to a new semester!

We’ve set the first meeting of the semester for Wednesday, January 28th at 3pm, in response to previous concerns about our later meeting times conflicting with childcare schedules.

After last semester’s foray into the fieldwork of various faculty and Liu Scholars, this semester we’re thinking of returning to the reading group format, with the possibility to sponsor or host other events (workshops, etc.).

For next week’s session we’ll be reading the article “Mapurbe: Spiritual decolonization and the Word in the Chilean Mierdópolis” (Decolonization: Indigeneity, Education & Society Vol. 3, No. 1, 2014, pp. 23-47) by Sandra Collins, which we’ve attached here. This article combines interests of various members of the group (Latin American literature, decolonization, indigeneity, etc.) so it should prove to be an interesting conversation.

The Liu is implementing a new policy on booking space, so for the foreseeable future we’ll be meeting in Room 121 of the Liu Institute (instead of the Board Room). We had a productive discussion at our last meeting, where we read Roberto Schwarz’s “Misplaced Ideas: Literature and Society in Late Nineteenth-Century Brazil” and talked about (among other things) patronage, affect, ideology, posthegemony…

For our next meeting, on September 25 (in the Boardroom, Third Floor, Liu Institute, 10am-12noon), we will be reading Sidney Mintz,“Production”. Sweetness and Power: The Place of Sugar in Modern History. New York: Viking Penguin, 1985. 19-73.

And for our September meeting, Agustín has volunteer to pick for us something of or about dependency theory, probably from Cardoso and Faletto’s Dependency and development in Latin America.