Prologue and frame: your questions and comments from last week… 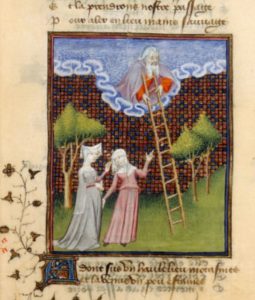 1 autobiography, self-writing, spaces for (and against, and excluding) women: moving to France, the court, reading, learning: 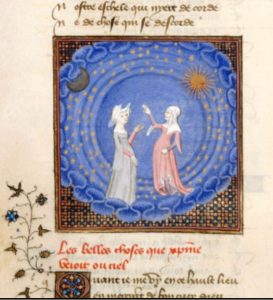 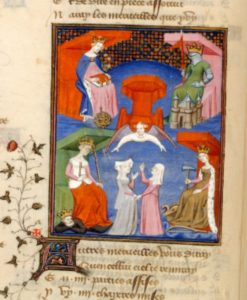 3 building space, creating a new space for oneself, and what happens next:

4 framing our discussions, the other world that was—by serendipitous fortune—on the board during class:

Bonus movie: The Passion of Joan of Arc (dir. Dreyer, 1928); black and white, silent, with intertitles & script based on the original trial transcript—see last week’s comments for a link to it—there are several versions with soundtracks online; here is one set to the music of Arvo Pärt

Images (and the limits of the imaginable): BL Harley 4431 http://www.bl.uk/manuscripts/FullDisplay.aspx?ref=Harley_MS_4431

On commentary, and on the commentary in this class: 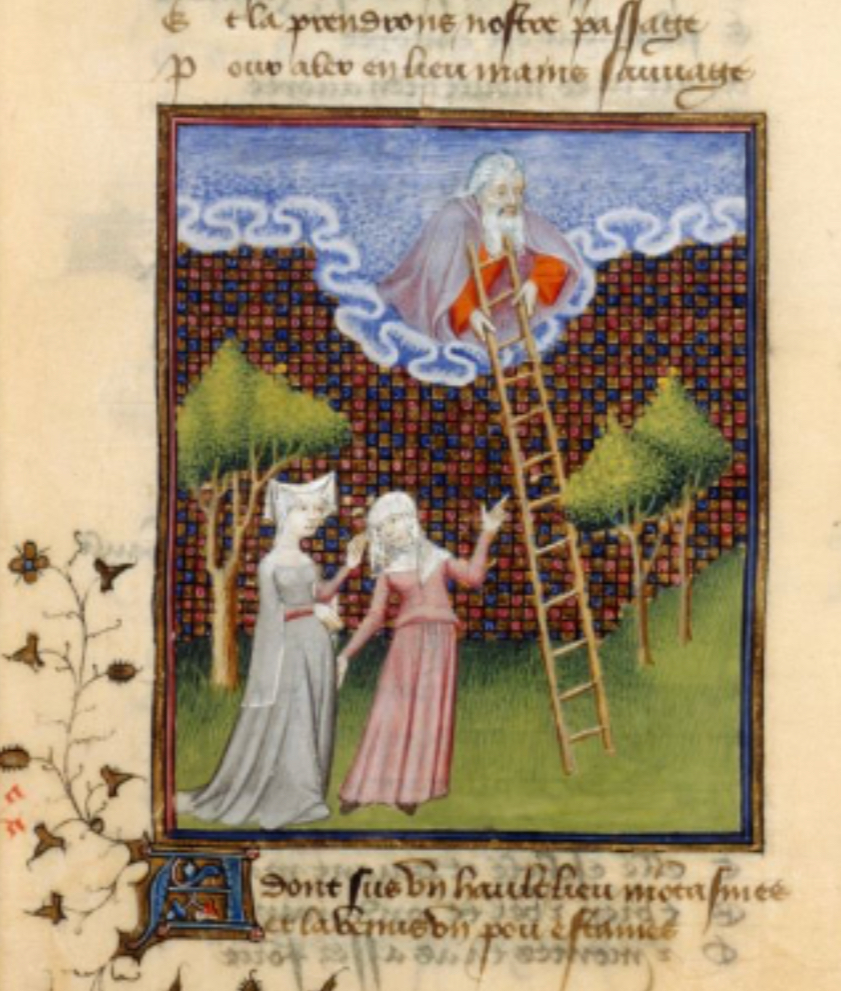 We did several analyses of this one image, bringing in a range of associations: colours and composition and iconography, comparisons with other compositions that were reminiscent, intertextual allusion (ex. Jacob’s ladder), the personal and autobiographical, the imaginatively associative; selecting a point of focus (one or more figures, the background, a colour; or the composisition as a whole); throwing in some modern theoretical approaches, and other anachronisms, and creative (but sensible and intelligent) misreadings; for example using psychological & psychoanalytic interpretations as a contemporary cultural parallel to religion as the Step 4 “QED.”

3. Textual example associated with that visual example: what happens in the Path of Long Study when Christine meets that ladder; and her observation exercises, more dramatically when seeing all the stars and planets afterwards, but also when travelling the earth and when encountering a new person/ification for the first time. 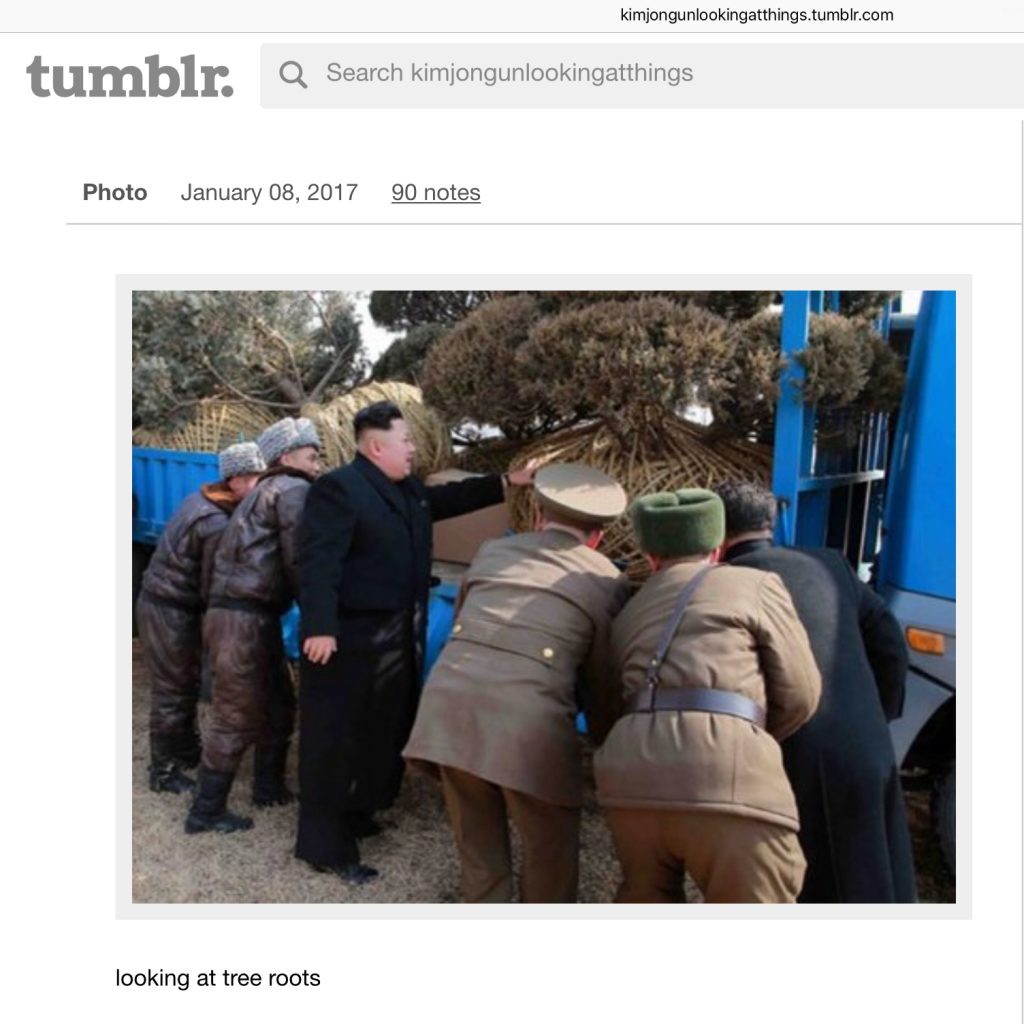