Present and Past of Mongolia: 15 Years of Changes as Observed by a Civil Engineer

It was my first visit of Ulaanbaatar, Mongolia, where I came to work for Japan’s ODA program in the early May of 2000. It was snowing, when I went for morning walk. There I saw a kid, going to school and eating an ice-cream. I realized an astonishing difference with the sense of cold. 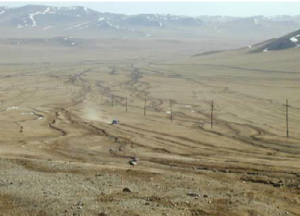 Ruts before construction of interstate road. 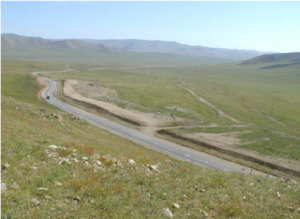 The center of the city was compact; few cars on the street made it easy to drive. Since we came to implement a Ulaanbaatar City road maintenance project, we visited various places in the city and noticed that streets in urban areas, other than the centre of the city, were paved poorly, had a lot of potholes and shattered sidewalks, and there was a surprisingly high number of unpaved gravel roads. 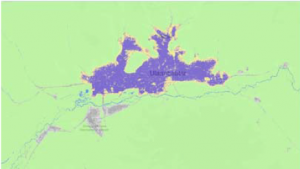 Urbanized area of Ulaanbaatar in 2000. 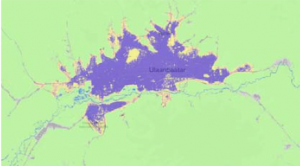 Urbanized area of Ulaanbaatar in 2015

In addition, paved roads in the rural suburbs were quite limited, few ruts in the prairie appeared to be a national road, promising time-consuming travel with a high risk of getting lost. 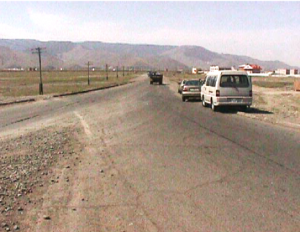 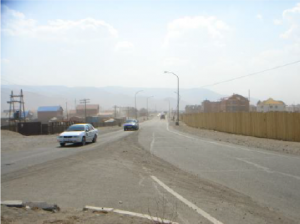 The construction of standard highway, instead of these dusty ruts, would increase the travel speed, reduce the risk of getting lost in the winter and no risk of endangering lives.

15 years is long enough to make a 15-year old girl become a 30-year old woman. In this period of time the number of cars and people increased, but the number of drunk people and street children living in manholes has decreased. The fashion outfits of people walking the streets significantly improved. The variety of foods on menus has been enriched as well as quality of goods in the stores has improved. 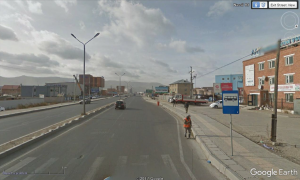 Life expectancy has improved for women from 65.9 to 74.2 and for men from 60.1 to 65.6. The social changes that took place were partially the result of urban development and improvement of infrastructure such as roads.

On the other hand, a decade-long migration of people from rural area and concentration of them in Ulaanbaatar from 2003 to 2013 (in the 2009 increase by 11.7%), raised urban problems such as air pollution and traffic congestions. Considering the current state of infrastructure development, which is a premise for everyday life, it is important to pursue convenience and increase an effect of development in terms of the quality of life.

In my opinion infrastructure development, such as a road construction, as a part of the public projects, had a development-inducing effect within 15 years of changes.

Development inducing effect has a great potential for a developing country such as Mongolia, supporting not only the growth of the city and the people who live there, but also supporting environment and improve the landscape, aiming to become a green city. 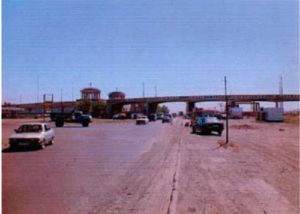 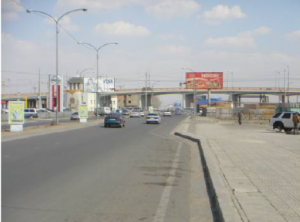 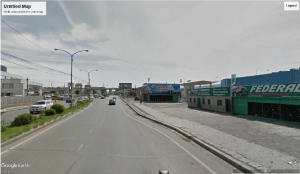 Narny Zam near Peace bridge in 2017, using bridge pierce we were able to construct four lane road. Improvement of road dragged many businesses alongside of the road.

The pursuit of the convenience of a car society gave negative results such as traffic congestion, air pollution, parking problems, and increased traffic accidents due to ignorance of traffic law and poor driving manners. These reduce all positive effects of development.

I think, in order to maintain comfort in the city, while preserving the natural environment, we should not forget the circumstances that brought us from 15 years ago to present. And it’s also important to look 5 to 10 years ahead and not neglect efforts that derived the effect of development. 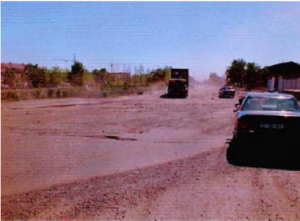 West side of central railway station in 2000. 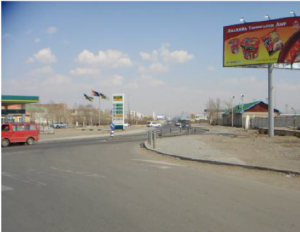 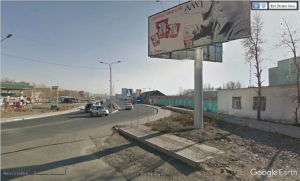 Narni Zam (the road named after Japan as “road of Sun”), three main intersections (Eastern intersection, Western intersection, and intersection at the Geser temple), and Narni guur (Bridge of Sun, named after Japan) have became a part of Ulaanbaatar urban life and common objects of everyday use. But as someone who participated in the realization of these projects, as well someone who constantly was involved in infrastructure development since 1978 throughout South-East Asia, such problems tend to be solved when society becomes wealthier.

Infrastructure development never goes smoothly; there is always a sense of certain trade-off when society gains but at the same time loses something. Moreover, this lost part is always left behind and never experiences an efficacy of development.

I would like to believe that generation raised in society under wealth and prosperity will eliminate these negative losses.

Born in Tokyo in 1949, Mr. Maruoka is a graduate of Hokkaido University, Faculty of Civil Engineering (1973). He became a construction consultant and since 1978, for 40 years was engaged in overseas projects, particularly in Asian countries. Since 2000 Mr. Maruoka is involved in road and other development projects in Mongolia.

His long-standing achievement in Mongolia was recognized and the Order of the “Polar Star” (video news) was awarded by the Mongolian government in December 2017.

Mr. Jangar Tsembel was born in Ulaanbaatar, Mongolia (1974). After graduation from the School of Foreign Services of the National University of Mongolia (1996), Jangar worked as an interpreter in ongoing development projects in Mongolia and since 2000 was employed in a consulting company as assistant of Mr. Maruoka until 2014. Currently he is graduating from the program of Natural Resources Conservation, Faculty of Forestry, UBC and planning to continue for a master degree in the same faculty.

Julian Dierkes is a sociologist by training (PhD Princeton Univ) and a Mongolist by choice and passion since around 2005. He teaches in the Master of Public Policy and Global Affairs at the University of British Columbia in Vancouver, Canada. He tweets @jdierkes
View all posts by Julian Dierkes →
This entry was posted in Bilateral Aid, Change, Development, Infrastructure, Social Change, Ulaanbaatar. Bookmark the permalink.