“Auschwitz. From Liberation to State Museum”

On January 27, 1945 the Red Army took over Auschwitz and liberated a few thousand remaining sick and exhausted prisoners. This lecture addresses the following: medical treatment for liberated prisoners in Soviet field hospitals and the Red Cross hospital, burials of the remains of the last victims of Auschwitz, committee documentation of German atrocities in Auschwitz, the soviet camps for German POWs, the 1945/46 transfer of the territories of Auschwitz to Polish administration, and the establishment of the Museum in 1947. 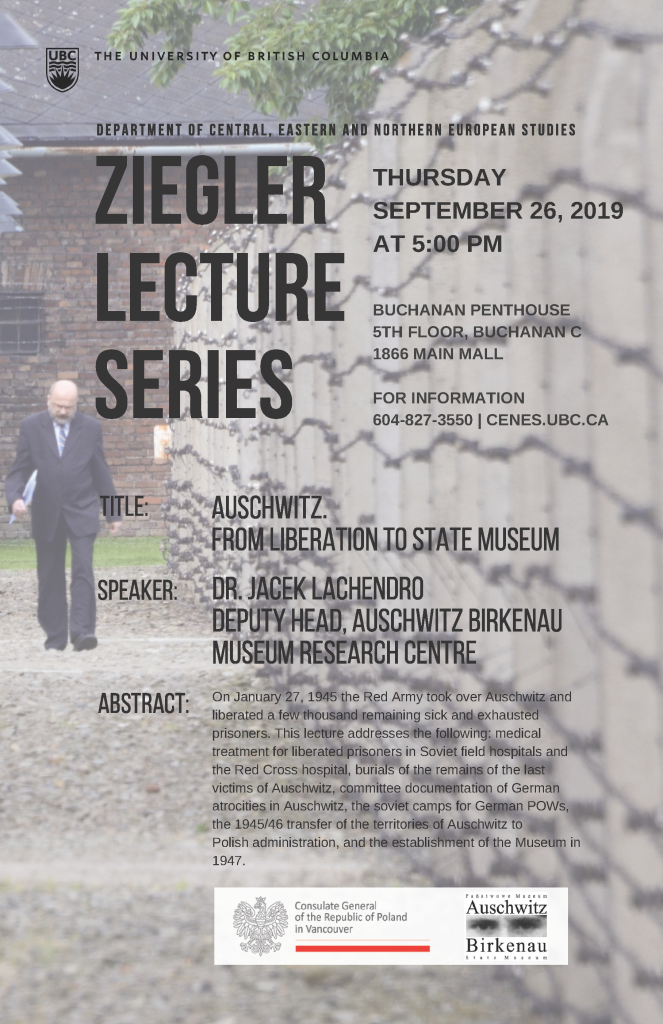