Sorry for the delay all. I promise I really was going to just post this onto the blog but then got frustrated by the limitations, both of the blog itself and my own knowledge of how to use it. Suffice it to say that I’m stuck in the middle ages and have a tough time with technology, which makes my decision to put my critical response on a website of my own design a questionable one, haha, but there you go, it happened, I did it, and I hope you don’t mind.

The human body. In common discourse the body has become many things, the self-centredness on our parts forgiveable on the account that most of our assumptions are true – if only because as creators of our social universe we have used the familiar as our muse, the most familiar being ourselves: the body as the city, or the body as machine. 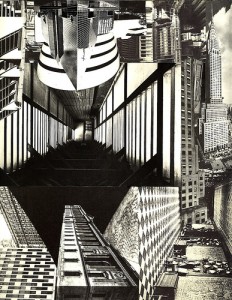 Body as City The city, with its infinite streets and pathways, a veritable circulatory system of interdependent organs leading to and from an inevitable centre. Certain cities are cultural “hearts” while others are relegated to bureaucratic “brains”. Money is the new lifeblood of a city where all avenues are directed at earning, accruing, spending, and stealing such an indispensable commodity. Some parts become disenfranchised at the notice of some greater need: hunger, thirst, pain, a slight tingling in the tips of the fingers – all are signs of a systems alert according to a more immediate threat. Ghettos, slums, favelas, gecekondus are the appendages most likely to lose feeling in times of crisis – resources and warmth make the mad rush to the brain and core, the rich neighbourhoods representing valuable real estate in the city’s functioning.

Body as Machine The modernist era brought with it a 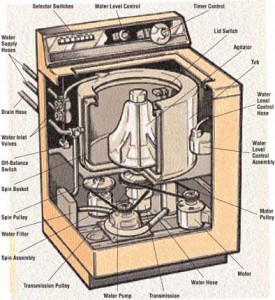 vogue of referring to everything as “a machine”: government is “a machine”, music is “a machine”, the city is “a machine”, the body is… “a machine”. The implications of this statement go beyond this space but suffice it to say that yes, a human being is “an apparatus consisting of interrelated parts with separate functions, used in the performance of some kind of work.” The heart is a machine that enables us to feel love, the brain is a machine the enables us to learn, our nerve endings are machines that enable us to distinguish the difference between a flame and a caress. Cyborgs and clones are a future already arrived, with as yet no accompanying Voigt-Kampff machines to guide us. McLuhan would agree with the premise that we create as an extension of ourselves: car as wheel as leg, camera as sight as eye. We fragment ourselves, magnify the pieces and succumb to the artificial.

Common themes keep cropping up in  our texts as well as the literature: the body in relation to the artificial, fragmentation, control, public/private inside/outside juxtapositions, boundaries and liminality. How do we breach the walls that we carry around with us all the time? An appropriate comparison encompassing many of these themes is the body as a structure whose boundaries at once protect us and drive us to alienation from our counterparts: the body as built environment.

1 thought on “critical response one”