It’s no surprise that the title refers to the number of panels on each page that determines the panel structure of the graphic novel, City of Glass. However, it also refers to the visual motif that is the nine panel recurring in the illustrations as different images.

This happens for the first time in the center panel of page 11. Quinn’s window is shaped like the nine panel structure of the page. It is seen smack dab in the middle of the page comprised of nine panels, giving a sense of self-refection in the graphic novel akin to the novel it is an adaptation of. Auster’s novel reflects on the nature of novel writing through Quinn’s notebook, Karasik and Mazzucchelli’s graphic novel reflects on the nature of graphic novels through the motif of the nine panel imagery. This appears again, as a glass paneled door in Stillman Jr’s house, on page 29.

However, it is used more significantly, past merely breaking the fourth wall through self-reflection, through contributing to the plot when it is seen as a visual metaphor for Stillman’s prison, the dark room his father locked him in (page 22). Page 22 cleverly converts the gutter grid into a visual object that is part of the image, namely the metaphorical bars of where Stillman was trapped.

An experimental use of image and perspective is seen on page 60, when a single united image is depicted in the nine panels, broken by the gutter grid. This is not only a stylistic device but also meant to give the impression that we are seeing Quinn through the window in his room, giving the reader’s a physical position and perspective in the story. This is also done on page 37.

There are times the nine panel motif is randomly sneaked into the novel very subtly as well. An example of this would be when it is seen in the form of a telephone key pad (page 100) and post office slots (page 113). 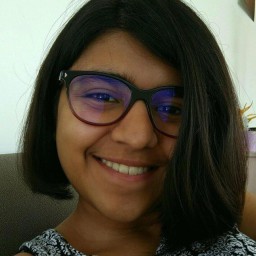