I had the privilege of participating in the CACS 7th Biennial Provoking Curriculum Conference at UBC. As indicated by the title of the conference, the purpose was to provoke curriculum studies by attending to the multiple denotations of provoke: to stimulate, arouse, elicit, induce, excite, kindle, generate, instigate, goad, prick, sting, prod, infuriate, madden, ruffle, stir, and inflame.

The first day, our ‘How We Learn‘ research team presented a panel discussion about Design Based Research (DBR). The abstract is as follows:

The key objectives of this panel are 1) to profile methodological advancements and insights in DBR derived from lab and field-based studies; 2) to prompt discussion on DBR in context of new technologies and the design turn in DIY or maker culture. Providing empirical examples, this symposium introduces advancements in DBR and connects interest in DBR with understandings of design and engineering cognition. The format will be conversational and demonstrative, beginning with a series of focus questions to generate interest and audience discussion. A series of demonstrations of DBR will be provided as examples and to provide depth of understanding. The overall goal is to provoke new understandings of methodology in context of design-based research 2.0 into curriculum, media, technology and learning.

The second presentation consisted of Dr Stephen Petrina, Dr Franc Feng, and myself, speaking about the intersection of technology, theology, and curriculum. The description of our presentation is as follows:

In many ways, curriculum, technology, and theology emerge coincidentally or contemporaneously within Homer, specifically within the Iliad and Odyssey. The three are somewhat conceptually interrelated in Homer and subsequently Hesiod. In Homer, the concepts, practices and words are given their ancient meanings. Medieval and modern derivatives and meanings are in some ways are quite similar and in other ways distinct from ancient Homeric and Platonic uses. Our premise is that curriculum, technology and theology are co-emergent— mutually interdependent. We do not have one without the others. This is not merely semantics. By acknowledging these interdependencies we can begin to provoke and understand curriculum anew.

This panel provides three perspectives and papers on TechnoTheoCurriculum. The first paper, “On the History and Metaphysics of Curriculum,” describes ancient encounters with curriculum, technology, and theology as they co-emerge. Inasmuch curriculum refers to the loneliness of the long distance runner, it also refers to the Circum Maximum, Maxime Circe, or the Circus Maximus, referencing chariots and conjuring up a complex technotheological infrastructure. The second paper, “Understanding Curriculum as Technotheological Text,” provides a history of a late medieval and early modern re-emergence of curriculum and technology in a Protestant and Calvinist culture at the hands of Peter Ramus. This paper traces Ramist interdependencies of curriculum, technology, and theology through the seventeenth century in the work of William Ames and technometry. The third paper, “On the History of Hermeneutic Techniques,” traces a circle from twenty-first century understandings of curriculum, technology and theology through Augustine’s City of God.

And finally, just for fun, here’s a timelapse video of our technotheocurriculum session. 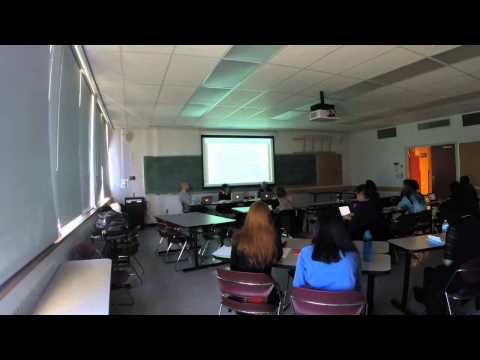 Method assemblage and the good of the spiritual 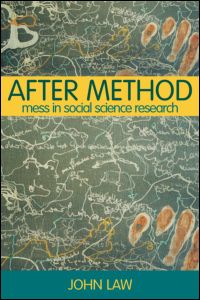 Donna Haraway (1991) observed that she “would rather be a cyborg than a goddess” (p. 181). However, John Law (2004) in  After method: Mess in social science research believes we do not have to make such a choice. They are different “goods” enacted together and condensed at particular moments, while partially separated at other times. For Law, this is part of his methodology, or his method assemblage:

generally, the process of crafting and enacting the necessary boundaries between presence, manifest absence and Otherness. Method assemblage is generative or performative, producing absence and presence. More specifically, it is the crafting or bundling of relations in three parts: (a) whatever is in-here or present (for instance a representation or an object); (b) whatever is absent but also manifest (that is, it can be seen, is described, is manifestly relevant to presence); and (c) whatever is absent but is Other because, while necessary to presence, it is also hidden, repressed or uninteresting. Presence may take the form of depictions (representational and/or allegorical) or objects. Manifest absence may take the form of a reality out-there that is represented, or the relevant context for an object. Method assemblage is distinguished from assemblage in the priority attached to the generation of presence. The definition by itself is symmetrical, telling us nothing about the form taken by presence, absence, or the relations between these. A further provisional definition of method assemblage is offered in Chapter 2. Here it is treated as the enactment of a bundle of ramifying relations that generate representations in-here and represented realities out-there. This is a special case of the more general definition above. (Law, 2004, p. 161)

For Law, there are a multitude of goods generated by method assemblages. This means ‘truth’ is no longer the only arbiter, not the only good. Politics as a good, for instance, is about how to achieve better social and non-social arrangements, in which we can judge its products politically. Certain things can be made more political. Similarly, there is the good of aesthetics. What counts as beauty can be arranged more probable, or stronger, or made more real.

In this post, we are particularly interested in the spiritual as a good. Law offers two case studies of the spiritual: Quakers and the Australian Aborigines. They offer a glimpse into a world “permeated by the spiritual, and who participate in assemblages that enact its realities” (p. 150). Their spiritualities, or using Law’s terminology, inspirations, suggest three considerations. First, like the other goods of truth and politics, we cannot insist that they are the only goods, else this becomes spiritual reductionism/religious fundamentalism. Second, these spiritualities/inspirations are enacted in their specific contexts and cannot/should not be generalized across all of the spiritual. Third, we must consider whether these goods would, should, or always must be enacted. Instead, there is a temporal, or partial connection in this fractal view of world-making that re-orders the world.

For Law, method as we understood it (from a Euro-American perspective) has created a duality in which much is hidden, or becomes Othered into a kind of hinterland. Instead, his conceptualizing of multiple goods allow for different partially connected goods to be made and remade. Truths and politics, aesthetics, and spiritualities “are variously woven together and condensed at particular moments, and partially separated at others” (p. 151). The suggested image is one of choreography, a dance, or of weaving. And so, Law responding to Haraway’s observation about choosing the good of cyborg over that of a goddess, will suggest that both goods are found in this great dance, partially connecting and  separating at times, enacting alternative methods that is more generous, more modest, and perhaps more technological AND spiritual at the same time.