We’re trying to make this as simple as possible for you normal, less hacktastic folk out there. We’re not lovers of code either, so bear with us.

When you vote online between January 25-29 (here is how to vote and what to expect), besides choosing candidates (here are our endorsements) you will get to vote YES or NO to 9 questions. We’ll present the questions to you now, with full analysis after the jump.

[Editor’s note: On your ballot, these referenda will be in a different order. We apologize for the confusion.]

1) Do you support the removal of Blake Frederick from the office of President?

2) Do you support the removal of Tim Chu from the office of VP External Affairs?

We could easily write an entire post per question as Issues That Matter has. However, we prefer to doodle so if you are really into reading the facts about Issues That Matter, we’ll link you their posts. In the meantime, enjoy some pink ballot fun. 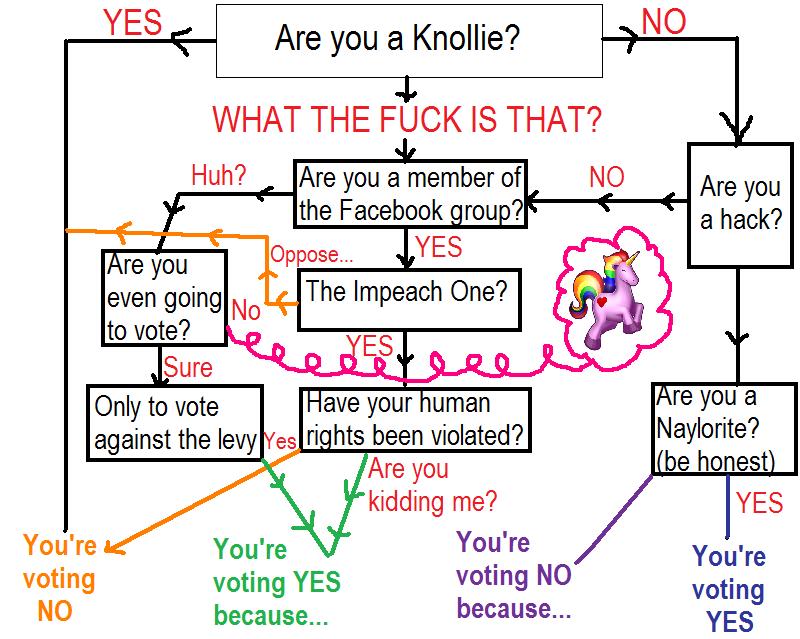 You’re voting NO: and you’re also voting for Tim Chu for VP External.

You’re voting YES because…: You’re the average UBC student who thinks its ridiculous that we ended up on FailBlog. You cared enough to join a Facebook group, maybe you showed up to the council meetings, but most of all you think this is all ridiculous (seriously, the fucking UNITED NATIONS?!?!) and you just want shit to go down like you expected back in December. Revenge is a bitch, and so is democracy.

You’re voting NO because….: As “Do Me Now” Duncan said, you agree that Blim Fru was in the wrong. However, the storm is over and you would just like to see the transition happen smoothly between Presidents and move on with human rights intact, leaving spite aside.

You’re voting YES because…: As a hack, you believe this is what democracy is and how it should be played out. With the guidance of Chairman Naylor, you will vote for the respect of your beloved AMS back, and to show Blim Fru who’s boss (We are COUNCIL, damnit!).

NO: You don’t want to vote and it’s your democratic right not to vote. $5 is a beer you’ll never get back. OR; You are engaged, you think others should be engaged, but you don’t want people just randomly clicking buttons in online voting to get a “free” beer. (see: Ubyssey editorial)

This editor didn’t do stellar in Economics with Gateman, so bear with us. The Consumer Price Index (CPI) is the rate that things go up each year due to inflation. Yeah, we don’t know exactly what inflation is either, but it has something to do with why penny candy no longer costs a penny. Currently, our tuition is tied to CPI and this would make our student fees do the same. It makes relative sense to us when you look at it like this: the AMS’ costs go up each year thanks to CPI. The money they have coming in (via student fees) stays the same. This means they lose money in the real world where CPI exists. If we tie the fees to CPI then everything (hopefully) comes into balance and the AMS can plan longterm things that involve the real world and CPI, like our shiny new SUB. Because, apparently, the AMS was “about $10 million short on the initial estimates for building a new SUB because the fees weren’t linked to CPI. Oops! This should help to fix that problem.” Also, according to the same source (remember: we’re lazy) it will only be about a $2.25 increase per student per year. 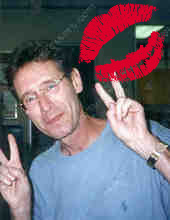 I've just always wanted to do this.

If you are  a code nerd, go here. Others, be cautioned, it made my brain hurt, like this: this is a referenda to make sure that another referenda doesn’t need to happen, of which this other referenda is placed on the same referendum. I think we mixed up the referenda/referendum grammar, but oh well. The AMS code has some issues with it, especially in regards to Bylaws. Like the CPI, this editor doesn’t really know what exactly a bylaw is. We think it has something to do with parking tickets and animal control in cities. The motivation behind this is to update the Bylaws to be legally compliant with the BC Society Act, which has something to do with the AMS. Here goes…

The amendment of the AMS Bylaws would make it so:

Despite your opinions on whether we should impeach now or not, the ability for AMS Council to impeach in the first place seems pretty necessary. After all, wouldn’t it be easier if/when the next President goes to NATO, we can simply go all Bill Clinton on his/her ass and impeach them in a quick 2/3 vote? Yeah, we thought so.

Doesn’t this question sound all hunky dory? Awwwww, $2/semester for people to have more inclusion on campus? Sure, why not! However, it is a trick. Thanks to the detective work by our own UBC Olsen & Olsen Mystery Agency, they have discovered that this is all bullshit. While the Access UBC Association of Disabled Students sounds entirely professional, it isn’t. Basically, no one knows who they are or what they do, and they’ve refused to explain themselves further, so don’t give them your toonie.

Will solve any crime by dinnertime.

Your head is going to really hurt after this, so cheer up and here is a rainbow.

When these questions first came up, our Very Special Correspondent identified five major changes this referenda would make to the bylaws.  Now, things have changed a little since then, but the five major points still stand:

All these changes seem reasonable, and none of the real news sources have so far raised any objections.  The goal here—possibly because these changes were generated by an outside source—genuinely seems to be to make the bylaws clearer and the operations of the AMS more efficient.

YES: People with disabilities face unique challenges and have a valuable perspective on how the university should be run; this perspective is largely ignored by the existing university structure.

NO: All students can come to Council and voice their ideas; however, Council is a proportionally representative body with divisions based on faculties.  Creating a voting seat for a self-defined group means that some students will be doubly represented (i.e., will go from claimed underrepresentation to very real overrepresentation); in addition, it sets a dangerous precedent that could see the creation of special interest seats.  In other words, adding a disabilities seat to Council is somewhat akin to adding a disabilities seat to Parliament; it’s an attempt to address a legitimate concern, but it goes about it in entirely the wrong way.

At first glance, this referenda appears ludicrously commonsensical.  Doesn’t the AMS already try to keep tuition fees within a reasonable limit?  And don’t we want government funding, and so would continue to ask for it?  You can check the Issuetastic Code Breakdown, which explains exactly how this referenda fights existing policy and generally confuses the issue, or you can take our word for it that the vote breakdown goes like this:

YES: I support broad statements that read like the continuation of a political agenda with its roots in the UN Debacle!  I also like puppies! and exclamation marks!

NO: This is poorly-thought-out and makes no real changes to policy, but is clearly designed to appeal to uninformed voters.  Sneaky, sneaky, sneaky.

Congratulations, you made it!

3 thoughts on “The Sexy Referendum”