The AMS is attempting to stop campus media from fucking under their own roof.

Early this morning, The Ubyssey student newspaper was served an eviction notice by the AMS due to their “inability to maintain SUB protocol and adhere to sanitation standards.” The Ubyssey currently has a large office in the SUB, and pays their rent by selling ad space to the AMS. This is starting to become a pattern for UBC, where recently the student union at UBC-Okanagan threatened to shut down The Phoenix newspaper altogether. Health inspectors raided the Ubyssey offices late last night after receiving a concerning tip that a strong taint-like odour was coming from the Ubyssey offices. Upon inspection, there was an alarming amount of fecal manner found in today’s batch of newspapers. “I’ve never smelled that much taint in my life,” said VP Administration Mike Silley, who was present for the inspection.

The AMS had other grounds for eviction, besides the taint incident. According to former VP Admin Crystal Hon, The Ubyssey has been a health hazard since 2009. “I used to have to deal with them all the time – those rodents are disgusting,” said Hon. “The never ending garbage that is The Ubyssey is a constant pain in the AMS’ ass.”

Ekat, VP Admin for 2010 agrees with Hon. “The Ubyssey is just this place of negativity, they only look for the bad side. They never talk about how clean they will keep the new great awesome fantastic SUB, no wonder they attract so many toxins.”

Rumour has it that health hazards aren’t the real reason shit is literally hitting the fan for The Ubyssey.

The AMS is desperate to get back in the Social Justice Centre’s (SJC) theoretical pants after Gazapalooza. The SJC, who is known to complain about everything on campus, apparently tipped off the health inspectors after a rendezvous in the newspaper office ended poorly.

An anonymous source and member of the SJC, referred to as “Kassandra”, went back to the office after a typical Pit night. “I thought he was a good guy, he was part of the paper. Little did I know that him taking me back to his office meant him taking me in the hole.”

The Ubyssey’s interview room was not taped off upon our arrival at the scene, and a sign saying “The Hole” still hung from its door. 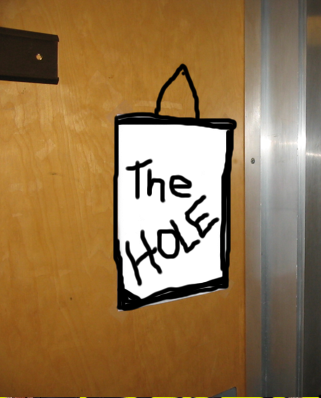 “When I got there, he told me he wanted to me to come in the hole, that it was the only place he felt was clean enough. I looked all around the office and agreed. The whole place was just so disgusting and the situation so scarring, I don’t think I’ll ever come again.”

Health inspectors refused to comment on what exactly was found on those questionable couches, but apparently it gets “slept” on frequently. “That co-ordinating editor? Apparently he sleeps there almost every night,” said Kassandra.

Silley did not confirm or deny that the AMS was evicting the Ubyssey in part to fornication. “There’s a reason we’re moving them out of the basement in the new SUB. Lots of windows,” he said.

The SJC is demanding that the AMS make the Ubyssey staff members take equity training, and apply affirmative action to their upcoming editor elections. Rumour has it that a whole SJC slate will be running under the slogan “fuck capitalism, not each other.” Don’t forget! Today is the spoof edition of The Ubyssey, so remember to pick itup. Also, all Ubyssey staff members are invited to the Annual General Meeting, which will be held in Council Chambers from 12-4pm today.

7 thoughts on “AMS Evicting The Ubyssey”