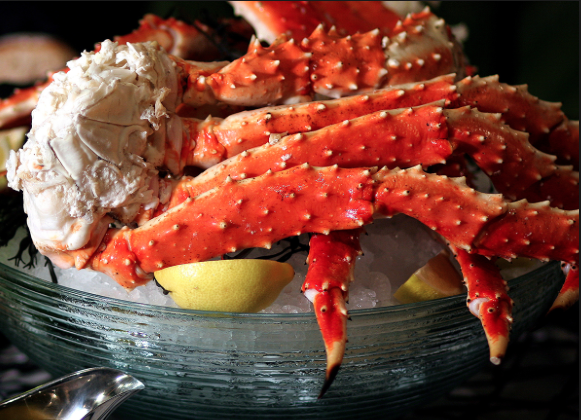 The U.S. and Russia sign agreement to improve transparency regarding Illegal, Unregulated and Unreported crab fishing.

Unfortunately, passive regulation’s for both legal and illegal Russian fishers makes it easy to exploit the system. Corrupt port officials may allow legal vessels to under-declare or provide false documentation to land their catch (WWF, 2014). In 2013, the harvested amount for all crab species combined was nearly double the TAC (Summers, 2015). Additionally, illegal Russian fishers have been able to offload their catches at corrupt ports in Korea, Japan or with other boats at sea through transshipment (WWF, 2014). These processes make it difficult to determine the origin and legitimacy of crab on the market.

Graph indicating that Russian exports to US (red-dotted along bottom) do not match US imports (red line). Difference could also be from: fudged data and added IUU crab Photo credit: World Wildlife Fund

The majority of American crab imports are shipped through Russia and Asia. For the past 11 years, over three quarters of U.S. domestically sold red king crab, the most lucrative of crab species, is imported from Russia (WWF, 2014). At first glance the solution seems simple: keep more red Alaskan king crab in the American market. However, overseas buyers pay higher prices for the delicacy, keeping Alaskan fishers with steady but low TAC’s afloat. 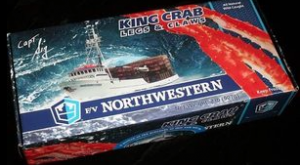 The goal of the bi-lateral agreement is to share communications to prevent illegal crab from entering the U.S. and global market (Summers, 2015). The pooling of resources will make it easier to recognize, flag and track IUU vessels and crab shipments from port to plate. If effective, this could help spot and reduce fishing during non-harvest seasons to help preserve stocks and high fecundity. 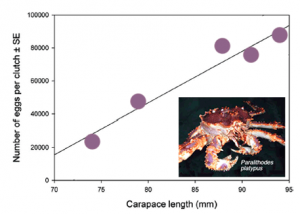 Will it affect the current situation ?

Russia has taken initiative through other bi-lateral agreements to combat IUU fishing and trade, but success is mixed. In 2012, Russia and Japan signed an agreement to increase patrols and require its crabbers to only process crab at it’s ports (Summers, 2015). Yet, estimates show more IUU crab directly entered Japan the subsequent year (WWF, 2014). A similar story is true with Russia and Korea, the latter caught hiding Russian IUU crab in warehouses after signing a bilateral agreement to fix this (WWF, 2014).

Others such as Keyport Crab LLP, an American crab supplier, feel that the Russian measures have helped deter IUU fishing; suggesting that the old numbers do not reflect the current situation in 2015 (Hodges, 2015). Unfortunately, their website does not say where there king crab is sourced compared to all their other crab offerings. Stakeholder bias, from the WWF or Keyport, combined with import and export estimations, makes it difficult to determine the current state of the issue.

Nonetheless, a multi-lateral agreement between all these countries best combats it. If all countries involved signed to help ratify the Port State Measures Act, a definitive set of port processing guidelines, everyone would be held more accountable for their ports.

If all countries could work with the NGO PEW, through it’s IMS satellite tracking technology, then coastal and high seas surveillance may improve.

Nations may benefit from leaving IUU and legal fishing practices alone. Corruption is also an issue in itself. However, multi-lateral agreements may provide greater initiative for governments and consumers to deal with the issue.