The Royal Proclamation was an important document that lead the way towards recognizing existing Aboriginal rights and title. In 1763, the Royal Proclamation was issued initially by King George III, and was used to claim British territory officially within North America after the Seven Years War was won by Britain. King George was issued ownership over North America, but the Royal Proclamation acknowledges that Aboriginal title has existed and continues to exist. Until ceded by treaty, all land was to be considered Aboriginal land, and settlers were forbidden to claim land that belonged to Aboriginals, unless certain conditions were met. Only the Crown could buy land from the Aboriginals, and they were to be compensated for land or resources taken from them. While both parties were involved in the establishment of treaties, and that some form of consent was required from the First Nations, the British Crown still had a clear monopoly over Aboriginal lands. In current times, some consider the Royal Proclamation to still be valid in Canada, since there has been no law overruling it. 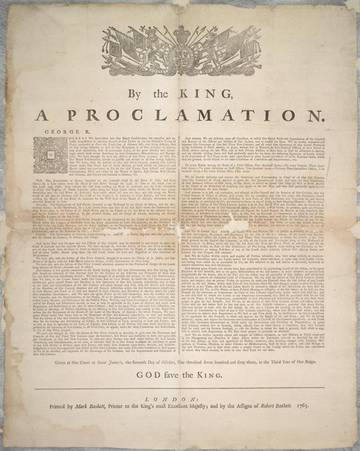 I decided to look into the Royal Proclamation, since it was something I was not very familiar with. I was actually surprised it acknowledged First Nation land as belonging to Aboriginals, and that some sort of consent and compensation was required to change ownership. While it’s clear the British Crown still had an advantage over the First Nations, it feels more reassuring that this acknowledgement was made, even if it did not mean much. We can see that someone from Britain did not simply take land and claim it was theirs. Even if the land was taken unfairly, it shows that there was still understanding about who the land belonged to originally. But then, this is also where the problem lies. These people made it appear like they were doing things fairly — how they traded or claimed land — when in reality there was a clear dominance of one side over the other.

I believe the Royal Proclamation satisfies Coleman’s argument regarding white civility. Overall, the document works to recognize Aboriginals and their land, even though it’s clear who holds more power. The Royal Proclamation makes it appear as if the are being civil, and are building their ‘project’ correctly by showing that they are consensually obtaining land from the First Nations. This makes the country appear multicultural, even though there is a clear dominance of Anglo-Canadians. The Royal Proclamation makes it seem like things are fair and romanticizes the view that the two nations are working together as one.

In the end, the Royal Proclamation does still acknowledge that some land rightfully belongs to the First Nations, and did acknowledge that the Aboriginals were treated unfairly. (And, interestingly, that Quebec was distinct from the rest of Canada).