The Return of the Woolly Mammoth?

What if it was possible to bring back the woolly mammoths? Should we do it, or would it be unethical to bring back a species that went extinct thousands of years ago?

Woolly mammoths first appeared over 200,000 years ago and are similar to modern elephants but were adapted to the cold environment of the last ice age.

Recently scientists have found a female woolly mammoth that was about 2.5 years old buried in ice in Russia. This specimen was extremely well preserved due to the ice, which is remarkable since it was alive 39,000 years ago. The mammoth that they found still had fur and its internal organs mostly intact, most importantly scientist were able to extract mammoth blood.

The cloning process can only begin if the DNA is found to be useable and undamaged. Also since cloning is a relatively new process, methods would have to be created to do so and if scientists are successful in cloning the mammoth this could revolutionize the field of cloning. Also if it is possible, it could even be used to bring back endangered species.

The main problem is whether or not we should do it because woolly mammoths had their chance and evolution selected against them. If scientists are successful in cloning the mammoth then that would be the only one of its entire species alive and in an environment that it is hardly even adapted to.

Imagine if you or someone you know desperately needed an organ transplant and had to wait months to years for a chance to receive one. This is currently happening to people all over the world and according to the Globe and Mail the average wait transplant wait time in British Columbia is 2,145 days, which is far greater than the national average of 1,258 days. Such a long wait could be disastrous for patients and could even prove fatal if they don’t get a transplant in time. But what if there was a solution to this problem? This brings in the concept of human created artificial organs. As the name suggests artificial organs are created in synthetically using newly discovered scientific methods. 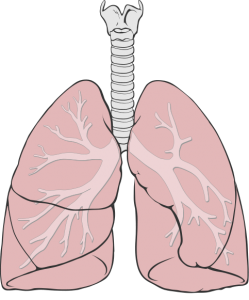 The first case of a synthetic organ transplant happened in July 2011, when Swedish surgeons implanted the first synthetic trachea in a 36 year old cancer patient. The trachea was created to be nearly identical to the patient’s original organ by using a 3D laser scan and then using that they were able to craft a nearly identical organ. They also immersed the synthetic wind pipe in a stem cell solution which was created from the patient’s bone marrow.  A major benefit from this new method is that antirejection drugs are no longer required since the immune system would recognize the organ and would not attack it. 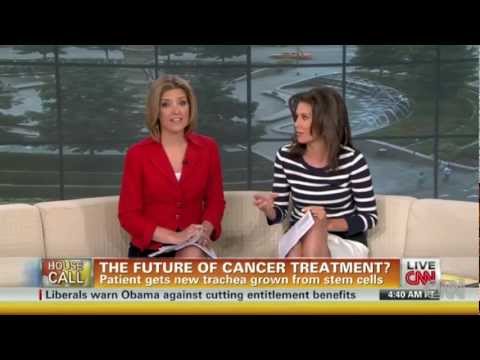 Also other body parts could be replaced, for example the jaw bone for an 83 year old woman was replaced in 2012. The artificial jaw bone was created using a 3D printer based on a scan of her original bone that was damaged due to a bone infection. This scan was then used in a 3D printer and the new jaw was created out of titanium.

Although we are currently unable to replace vital organs such as kidneys, we may be able to do it in the future as science is always advancing and new discoveries are made everyday.

When people think about the future of transportation, they usually only consider advances in fuel economy or alternative fuels, but what about cars that can drive themselves?

Autonomous cars is not a relatively new idea as the concept of a driverless car had originally came from the 1920s when Houdina Radio Control Co proved that they could remotely control a vehicle through the streets of New York. Although the car had to be manually controlled, it proved that cars may be able to drive themselves one day when the technology is there.

Nowadays most modern cars contain the usual GPS, parking sensors, cruise control and some could even parallel park for you, but car manufacturers and Google are taking that one step further and creating cars that can drive themselves without any assistance. The Google car was originally created from a Toyota Prius that had undergone numerous modifications to make it driverless. Currently it is not very cost effective as all changes total up to $150,000 including a $70,000 laser radar system also known as Lidar. This system provides the vehicle with nearly all the data it needs, it creates a three dimensional map of the vehicle’s surroundings. Also, maps of the world are combined with the laser system to create an even better depiction of the car’s environment.

So far the autonomous vehicles have driven over half a million kilometers nearly accident free. There has been only two documented accidents with the driverless car and they are both at human fault. The first accident was caused when it was driven by a person and the second was when it got rear ended. Other than that these cars could be the future of human transport, the only problem is when production models are made and if an accident happens who would be liable; would it be the car passenger or the car manufacturer? 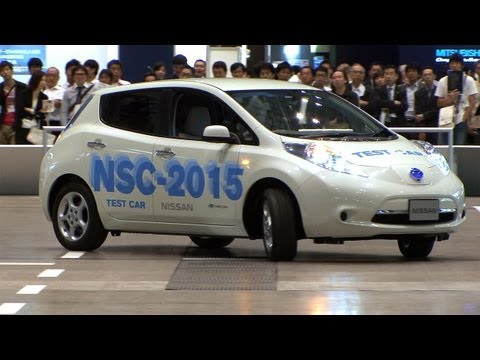 In the above video you can see Nissan’s driverless car in action. This is an example of the potential benefits of a driverless car because they can park themselves rather than the owner having to waste time to find a parking lot.

With all new technology there are always pros and cons in the case of autonomous vehicles. By the year 2020 major car manufacturers such as Mercedes Benz, Nissan, and BMW plan to sell their own version of the self-driving car.