Left or right preference in birds

Handedness is an individual’s preference for the use of a hand, and can also be described as being left-handed or right-handed. We all know that some people are right handed, and some are left handed, while others are blessed with ambidexterity, but did you know that individual birds also favor a particular side? Scientists at The University of Queensland’s Queensland Brain Institution (QBI) and the Australian Research Council Center of Excellence in Vision Science have worked together and discovered that budgerigars (also known as common pet parakeet or shell parakeet) display an individual bias to fly to the left or right. 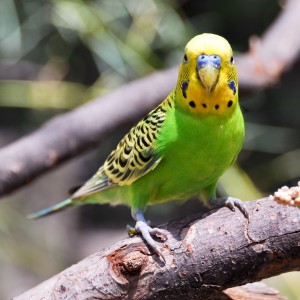 Picture of a budgerigar. Source: Wikipedia

The researchers flew the budgerigars down a tunnel that has an obstacle in the middle of it. The budgerigars then had to pick between two paths to fly through. Sometimes, the paths are the same in size, other times one is bigger. Some birds showed no preference and flied through the larger path every time, while others had a bias towards one side and flied in that path even if it was narrower and more difficult to fly through. Scientist speculate that this allowed groups of birds travelling together to navigate past obstacles by splitting up in different directions and not slowing down to crowding.

What’s really remarkable though, is that birds can display a preference for one direction in one task, and another direction for a different task, such as which side they land on a perch or which feet they use to land. This showed that an animal’s thought could be more complex than we initially believed. However, researchers said more investigation must be done in order to observe the behavior of the birds in groups and examine if their different side preference when flying stayed the same. 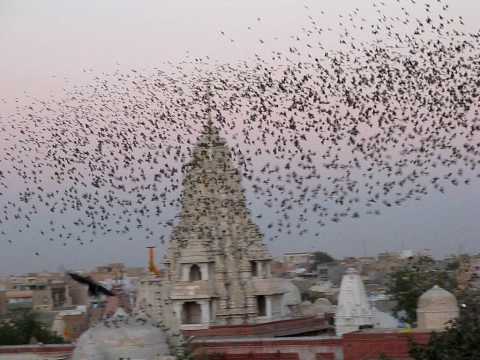