Insects: great source of food for the future

Population is growing and as it reaches 9.1 billion in 40 years, food has to be produced 70% more. However, the source of foods, which is Earth’s resources, is dwindling as the population grows. So people are looking for a new food source that can replace the ones that we now eat and be more productive. What can be easily found, and what can be farmed inexpensively without any environmental harm?

According to the FAQ Forestry Paper, insects are the new food source for the future. There are some cultures around the world where people have been eating insects for centuries: Africa, Asia and Latin America…etc.The most commonly eaten insect during the rainy season in Africa is the caterpillar. Insects, for both Africa and Latin America, are very good source of  nutrients when people cannot go fishing. Also in Southeast Asia, various kinds of edible insects are consumed depending on the season and their habitat. As these countries show, entomophagy, a term used for insect eating,  is not a new idea, and soon, eating insects may be prevalent around the world. 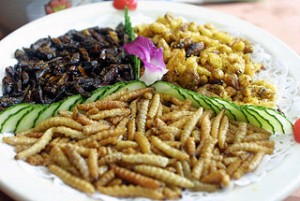 Moreover, even though you think you are never going to eat insects, you are eating foods unconsciously that contain insect products. For example, color extracted from an insect called cochineal is used in food products, or even in medicines. Cochineal extract is a red dye that is commonly used in many different drinks and it is approved by the United States Food and Drug Administration. Insects can cause allergies according to the article, however, they do not have other harmful health risks.Now, why do people use insects in food products and eat them as food?

Insects are very good source of food because they are high in protein, fats, iron and other essential nutrients .They can be nutritious alternatives to other protein food sources such as meats.  Also, the FAQ Forestry Paper states that insects do not need much food to live and they do not need a big land to be farmed. Environmentally, insects do not emit much greenhouse gas from farm manure and urine as the most livestocks do.  Also, landclearing is not needed for farming insects, so we can keep the land as it is. Therefore, if we look at the efficiency, farming insects and eating them as the source of protein and other nutrients is better then faming livestocks and eating them. 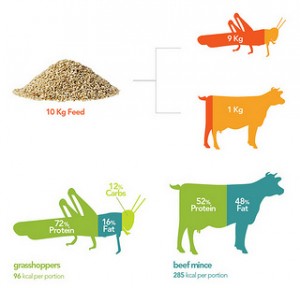 The following video describes how the insects could be our future food source. 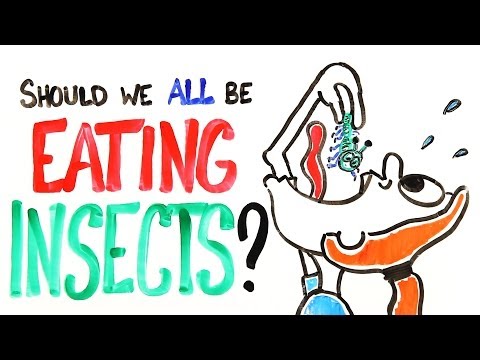 It does still sound very strange if we think about a menu that is full of insect names, but who knows you might love the taste of insect.