Woman applying sunscreen on to her face for maximum protection against the UV-radiation of the Sun. Source:Flickr commons. Image by earthlydelights

It is common knowledge that the ultra-violet (UV) radiation from the Sun has the ability to cause skin-cancer. For this reason, many of us make sure to apply sunscreen before we depart for the beach on a sunny day. But is the sunscreen doing it’s job? Is it effective in preventing skin-cancer?

Sunscreen can come in the form of a spray or a creme and is vital for protection from the Sun’s harmful rays. As described in this article, sunscreen functions to protect your skin by absorbing the UV rays, acting as the first-line of defence. The article also mentions that no matter how high the protective power of the sunscreen, not all of the UV-rays will be absorbed and some will ultimately reach the layers of the skin.

As per this BBC article, as these UV-rays make it past the sunscreen, they are absorbed by a component of the skin called melanin. Similar to how sunscreen is the first layer of defence, melanin is the second layer of defence against the sun’s rays. Again, melanin does not absorb all of the UV-rays and some pass through to the deeper layers of the skin. This article says that once the UV-rays penetrate the melanin, they can cause disruption at the DNA-level which may cause skin-cancers.  This is not the whole story, however.

The video by Kevin Boyd through Ted-Ed explains why sunscreen is necessary to prevent skin-cancers: 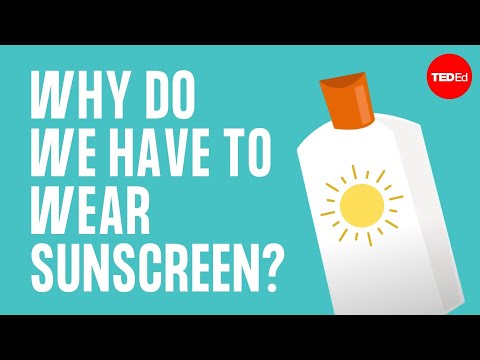 According to a new study out of Yale University, scientists have discovered that the Sun’s UV rays have the ability to do damage for more than three hours after exposure. The study found that once the melanin absorbs the UV-rays, it initiates a series of chemical reactions in the skin that produces heat. This heat, it was discovered, is what ultimately damages the DNA, hours after initial exposure to the sun.This is a huge breakthrough as it was not previously known what happens to the UV-rays after being absorbed by melanin.

Yes, the sunscreen that is on the market now still protects against UV rays, however, it does not protect against the post-exposure damage that occurs. So no, the present form of sunscreen is not as effective as it should be. The real-life implication of this study is that now scientists can produce an ‘evening-after’ sunscreen that can be applied after exposure, protecting your DNA from the heat and ultimately preventing cancers.

Finally, a quick note for all those that don’t feel the need for any sunscreen; not only are you putting yourself at risk for cancer when you are in the sun but also for up to four hours later,even if you are indoors. Until this new type of sunscreen is developed, I think it’s essential that we allow for as little UV-rays to get to our melanin as possible. So, lather up! A sign that reminds everyone to ‘use plenty of sunscreen’ to protect themselves from the harmful rays of the Sun.  Source: Flickr commons. Image by Alex Liivet

5 responses to “The Harmful Sun: Evidence for Post-Exposure Damage”