Are Supplements Actually Effecting Your “Gains”?

Almost everyone has heard of a supplement that either enhances your workout, creates lean muscle mass and/or burns fat, but exactly how effective are these products? Among the many supplements out in the world today, nitric oxide (N.O.) is one of the most common ingredient. N.O. is known to dilate blood vessels allowing increased flow of oxygen and nutrients to the muscle, causing for more intense workouts and muscle growth. However, the science data supporting these claims is not significant.

The biggest opposition against N.O. is the placebo effect, meaning that the effects could be psychological. We may perceive to see increased muscle growth or more energy during workouts because we induced the supplement, when in actuality the supplement (N.O.) has no effect at all. In a study testing N.O. the results indicated that no significant change in blood variables except hemoglobin yet participants claimed to have had more intense workouts and increased strength after the trial length. The placebo effect appears to be apparent in supplements used for weight loss. In a conducted study participants were placed into 3 groups at random. Group 1 received weight loss pills, group 2 received pills being told that they may or may not be placebo and group 3 received placebos. After the trial period all results among the group were similar (physically), yet those who took the weight loss pills gave a higher self-rating in weight loss than the other 2 groups. So the question that still remains unsolved is “do supplements actually do what they claim or is it all psychological?”.

There are so many supplements to choose from how do we know which ones are effective?
Image from flickr uploaded by NaB 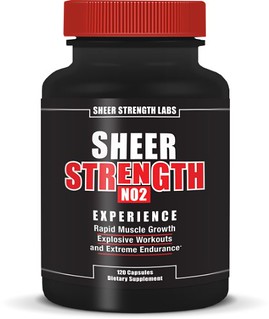 Does this pre workout do what it claims?

Image from flckr uploaded by Wibisono

Bodybuilding.com is a well-known website for athletes and well, bodybuilders. This site has a list of products that range from $10 a bottle to hundreds. People often refer to this website for workout routines and discussion boards about fitness related topics. A well-known site like this sells products that claim to increase workout intensity and muscle strength when scientific research seems to claim that these products are a “sham”. However, there has been scientific research that other supplements- such as whey protein-help increase and preserve muscle mass to help achieve a leaner look. Protein does not increase intensity of workouts but helps in muscle repair afterwards.

In respect to supplements claiming to create significant weight loss and/or increase workout intensity/muscle mass there is little scientific evidence that claims they work. The theory behind some of the ingredients such as N.O. do have some merit to them but ruling out the placebo effect will ultimately create strongest case for these products. If you consume a supplement claiming to increase your workout intensity and your workouts do become more intense (wither or not it is the placebo effect), there is a gym slogan to describe this situation- “Gains are Gains”.

One response to “Are Supplements Actually Effecting Your “Gains”?”