The Snooze Button: Friend or Foe?

Do you have a love-hate relationship with your alarm clock? I know I do. If your mornings are anything like mine, they consist of hitting the snooze button multiple times before groggily getting out of bed. The snooze button, a control on a clock that resets the alarm to repeat after a given time interval, is used by many people to allow for a few more minutes of sleep. Many believe that this time spent sleeping helps the body rest up, but could these few more minutes of sleep be doing you more harm than good? 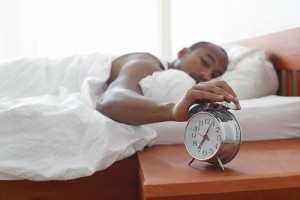 The average adult requires 7 to 9 hours of sleep every night and during this time most adults usually pass through the five stages of the sleep cycle: stage 1, stage 2, stage 3, stage 4 and rapid eye movement (REM) sleep. On average, a complete sleep cycle takes anywhere between 90 to 110 minutes, with each stage of sleep being characterized by different brain waves and functions. A commonality between all five stages of sleep, however, is that hitting the snooze button can result in the sleep cycle being interrupted at any stage, resulting in what is known as fragmented sleep. 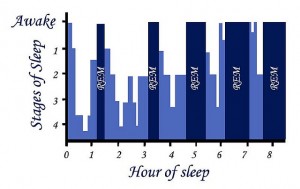 One study found that fragmented sleep, sleep in which the sleep cycle is interrupted, has less of a restorative effect than having a continuous sleep. In addition to this, fragmented sleep can lead to impairments throughout the day which can be traced back to sleepiness. A more recent study found that these impairments include a shortfall in cognitive flexibility, which is the ability to switch between thinking about two different concepts  and thinking about multiple concepts at the same time. Furthermore, deficits in learning, memory, attention and decision making may also accompany fragmented sleep. The same study also noted how there is a chance of one’s executive functions, which are essentially a set of processes that relate to an ability to plan and complete a task or meet a goal, being impaired.

Although some individuals may believe that they are helping themselves by hitting the snooze button and squeezing in a few more minutes of sleep, the aforementioned studies suggest otherwise by showcasing the counter productivity of the snooze button.

The following video, by AsapSCIENCE, does a great job in presenting information regarding the snooze button and tips on what you can do to avoid feeling tired throughout the day:

Personally, after learning more about the effects of the snooze button I know that I will make more of an effort to refrain from hitting the snooze button. After all, why sleep in segments when you can have a long, continuous sleep?

7 responses to “The Snooze Button: Friend or Foe?”