The Drug Enforcement Agency classifies Adderall as a Schedule II Stimulant. Drugs under this classification serve medical purposes but also have a strong potential to be abused. This is an appropriate classification for Adderall as multiple studies, discussed below, have acknowledged its abuse among university and college students. A question to consider is, are the reasons behind abusing Adderall worth the potential consequences? 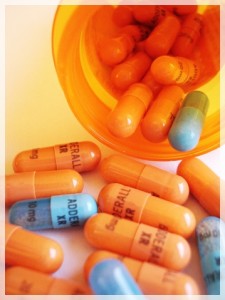 Amphetamine, the active medical ingredient in Adderall, is used to treat Attention Deficit Hyperactivity Disorder (ADHD) by increasing the impaired level of two neurotransmitters: norepinephrine and dopamine. In doing this, individuals with ADHD are able to function better throughout the day.

Post-secondary students, however, are using Adderall for non-medical purposes. One study used Twitter posts to confirm the use of Adderall as a study aid among college students. Another study acknowledged the ease with which students could obtain Adderall and demonstrated that students use this drug to improve focus in hopes to improve their grades. Furthermore, a more recent study looked at usage patterns by inspecting metabolites, the product remaining after a drug is broken down, from Adderall in campus wastewater samples. The study found that during high stress periods, such as midterms and final exams, the concentration of these metabolites increased. 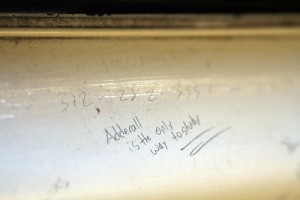 One other study talked about how prescription stimulant abuse has increased, and illustrates the various consequences of abusing Adderall. These consequences may include a psychological dependence for the drug once users believe they cannot perform well without it, insomnia, increased blood pressure, irritability, personality changes and tolerance, which may lead to users increasing the dosage. The same study found that Adderall abusers are 20 times more likely to use cocaine and heroine once they had developed a tolerance to Adderall. Additionally, users who develop a physical dependence on the drug may experience withdrawal symptoms such as extreme fatigue, violent mood swings, panic attacks, depression and uncontrollable cravings.

Given the wide range of possible consequences, you might be wondering if taking Adderall when it is not prescribed for you  is worth the risk. A recent study found no consistent improvement on measures of cognition when comparing the experimental condition, taking Adderall, to the control condition, taking  a placebo. This study examined 13 different aspects of cognitive ability including intelligence, working and episodic memory. Although participants believed their performance was enhanced while taking the drug, the study concluded that generally no enhancement was observed. As Adderall does not cause a significant improvement in cognition, it is unlikely to improve students’ grades.

This video by Health Animated does a great job summarizing the information surrounding Adderall:

Personally, I do not condone using Adderall without an appropriate prescription, nor do I think it’s ethical to abuse Adderall in an attempt to enhance one’s abilities. Additionally, I do not think it is smart to put oneself at risk for a potentially insignificant improvement in cognition.