Should you buy a Hydrogen or electric car for the environment?

If you are looking to buy a new car and want to protect the environment, you have two exciting new choices to power your car: Hydrogen fuel cell and battery electric. they are both considered as “green” and can save you money in the long run. So which one should you buy? 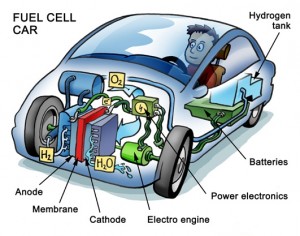 What is hydrogen fuel cell car?

There are several types of fuel cell cars but they all work in similarly. It has a cathode, anode and electrolyte that allow electrons to pass through. It works like your AAA batteries except it uses hydrogen as fuel. It has no emission and the only byproduct is water that you can drink! (If you are really thirsty) 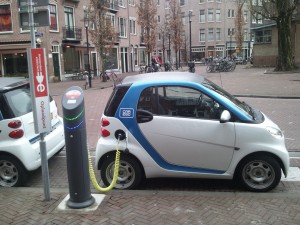 What is battery electric car?

Battery electric cars usually use battery Lithium ion battery to store the electricity. The first electric car was invented 130 years ago but it wasn’t until recently that we have technology to mass produce these vehicles. Like hydrogen fuel cell cars, it has no emission so they don’t produce any pollution at the tailpipe.

On the other hand, producing Hydrogen is very energy intensive. The most common method is called steam-methane reformation, it involves mixing natural gas with high temperature steam to produce Hydrogen, Carbon Monoxide (toxic) and Carbon Dioxide (greenhouse gas), while the electricity for electric cars can come entirely from renewable sources. For example, according to Tesla Motors, all of their super chargers will be supplied by solar power.

All in all, Hydrogen is only a means to store energy instead of a energy source. Considering the low efficiency and the use a nonrenewable natural gas, electric battery cars seems to be a better choice for your next car.