Should I invite “coffee” and “Red Bull” to my late night study sessions?

We all know the feeling. After working into the night on a term paper, sipping coffee and dazing into the backlight of your laptop screen, your head finally makes its way to the pillow. You lie in your pitch dark room but you just cannot fall asleep. Why? You did have that coffee a mere three hours ago which is the cause of your wakefulness but could that really delay your entire circadian rhythm?

Your circadian rhythm is a natural body cycle that runs over a 24 hour period to match up with the hours in a day. Generally, this cycle controls your wakefulness and sleepiness by regulating the hormone melatonin. For more information about your circadian rhythm, please check out the video below: 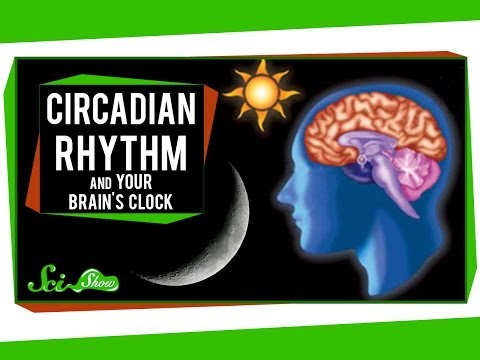 Just a few days ago, the Journal of Science Translational Medicine published an article that stated what happens inside and outside of you when you consume caffeine just before bed. After approximately 49 days, scientists at the University of Colorado in the Sleep and Chronobiology Laboratory discovered that individuals who consumed the equivalent of one double espresso three hours before bed caused a delay of approximately 40 minutes in their circadian rhythm. They found that the hormone melatonin which is normally at a high level before bed, was abnormally low in these individuals. Additionally, they assessed the effect of bright light exposure on the individuals and similar disruptions in the circadian rhythm were documented. In fact, it was found that bright light exposure had about twice the negative impact on the circadian rhythm than caffeine, delaying it by over an hour.

According to Science Daily, caffeine is a psychoactive drug and we now know that it alters the natural circadian rhythm. Below is a list of common beverages and the amount of caffeine in each. It makes me wonder why so many individuals consume these beverages on a regular basis and why are there no regulations in place to monitor consumption? I think that if our generation started consuming caffeinated beverages as early as high school, the disruption in the circadian rhythm cycle could accumulate and cause long term issues such as chronic sleep deprivation, insomnia and other sleep maladies. This could cost millions of dollars in pharmaceutical drugs and other treatments to fix so it is important for us to take a stand now for our own well-being.

In conclusion, I believe that next time you are up late to study, it is best to choose beverages without caffeine. I think that the emerging research about caffeine consumption is incredibly important since caffeine is consumed on such a frequent basis. I would like to see some further research advising individuals of the best time of day to consume caffeine in order to minimize the impact on the circadian rhythm.

One response to “Should I invite “coffee” and “Red Bull” to my late night study sessions?”