How does our immune system work ?

We are constantly encountering pathogens (anything that can cause disease), so why don’t we become sick more often?
The answer to this question is our immunes system, which is responsible for protecting us from diseases. 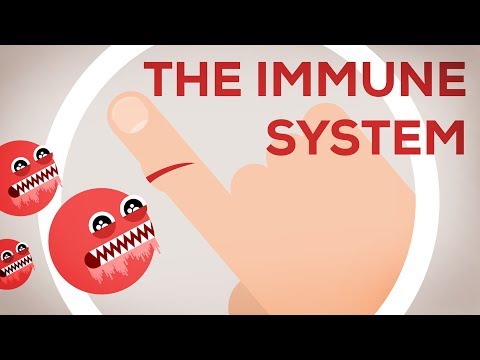 The immune system
Credit: In a nutshell – Kurzgesagt

From a scientific point of view, the immune system includes many biological structures and processes that an organism has in order to response to diseases that come from bacterial or viral infections.
The immune system reacts to diseases with layered defenses of increasing specificity. There are two lines of defenses in our body: 1- innate defenses, 2- adaptive defenses 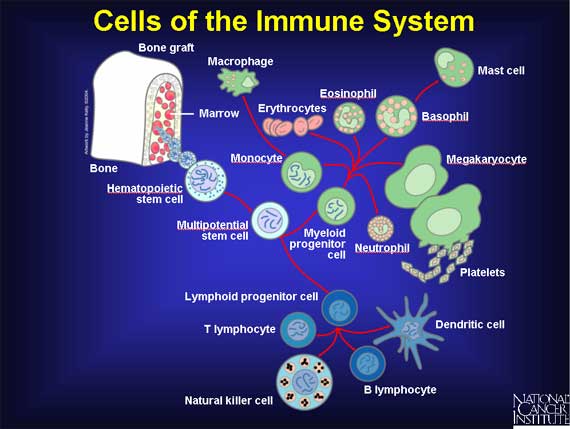 The innate defenses include two major parts. In the first part, there are physical barriers such as a tough outer skin, mucous membranes and secretions that are all impenetrable to viruses and bacteria. In the second part, which is more detailed, body protects itself by phagocyctic cells and natural killer cells, which are white blood cells. In addition to these white blood cells, complement proteins and the inflammatory response (swelling, fever and redness) also play important roles in this kind of defense.
After innate defenses, there is a more specific line of defense, which is called adaptive immune response. This kind of defense provides immunity against particular pathogens that the innate immune response is not able to kill and remove them. T cells and B cells are lymphocytes that play the most important role in the adaptive immune response.
B cells respond to presence of pathogens by recognizing them, secreting antibodies which are types of proteins that bind to pathogens and inactivate them and create the memory of them.
The last part of the adaptive immune response is T cells. These cells have receptors on their surface and use them in order to recognize infected cells, kill invaders and stimulate more B cells. 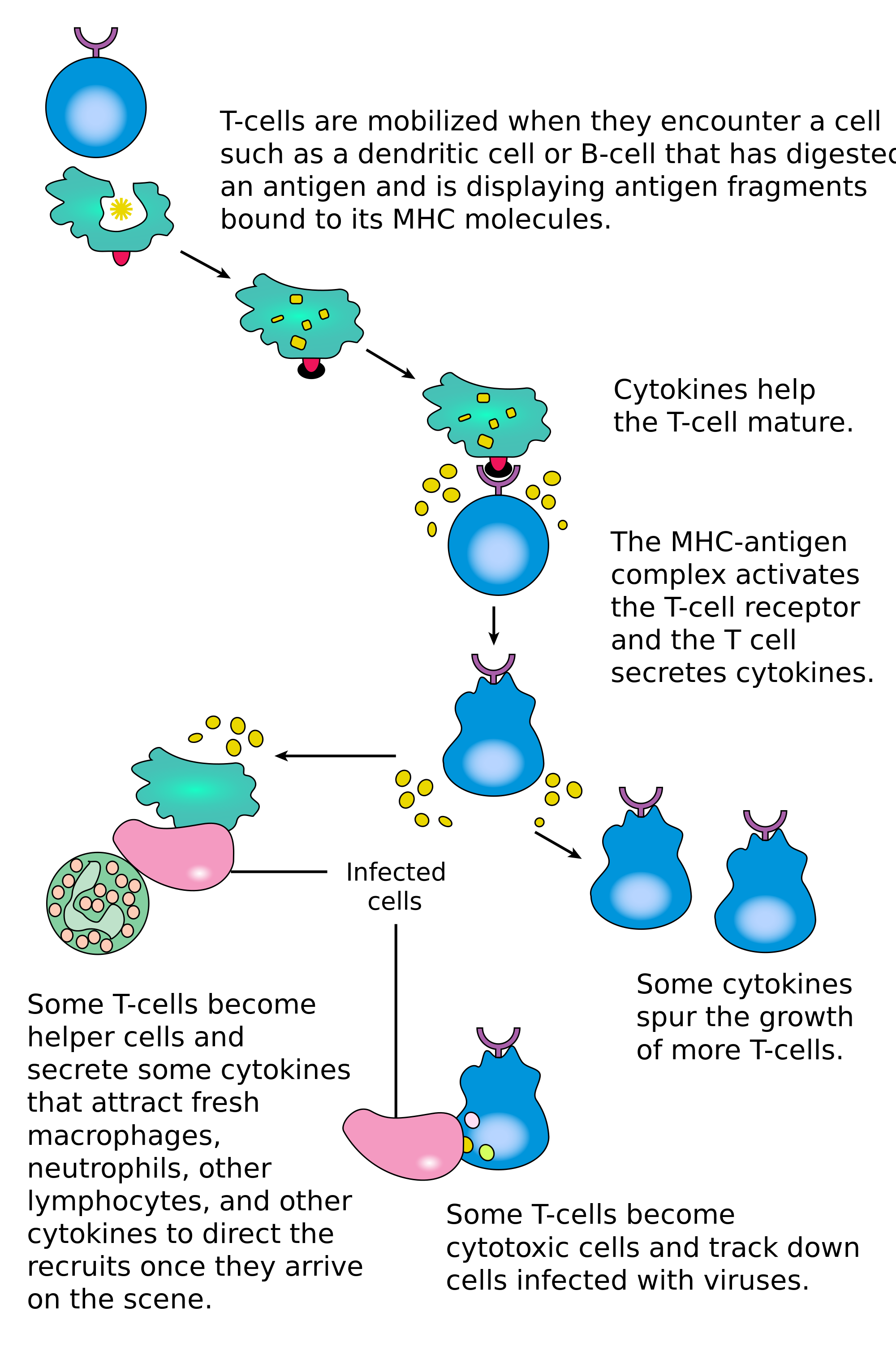 Some of the things that we’re allergic to – such as peanuts and pollen, for example – carry compounds that resemble proteins found in parasites. It is found that allergic reactions are actually miscommunicated immune responses: For our own protection, our bodies produce antibodies, which attack similar but harmless compounds. The action of an antibody on a harmful compound can be described through the following video: 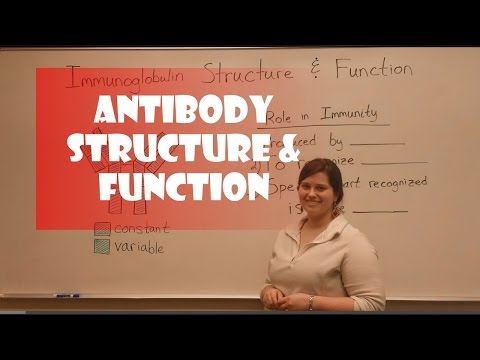 Various environmental and food proteins called allergens are recognized by an immune system antibody called immunoglobulin E (IgE). This part of the mammalian immune system is thought to have evolved as an additional rapid response mechanism to combat parasitic arthropods and worms called helminths. If IgE-mediated immune responses evolved to provide extra protection and not to cause allergic reactions,  then environmental allergens such as pollen should share key molecular properties with the parasite antigens that are specifically targeted by IgE in infected humans.

To test this, a team led by Nidhi Tyagi from the EMBL-European Bioinformatics Institute identified epitopic-like regions in 206 parasitic proteins and as the first example, it was found that a plant protein (BetV1) has similar binding sites for anti bodies, as it is found for allergens such as pollen in a worm. This confirms that the immune system targets allergens (Both plant protein and harmful parasites) via IgE antibodies and causes immune responses which fail to differentiate between useful and harmful compounds.

Their research also helped them to list 2,445 parasite proteins that show significant similarity in both sequence and structure with allergenic proteins, which can cause immune response against useful proteins. The research team then measured antibody responses in blood collected from 222 people living in the fishing village of Namoni on the shores of Lake Victoria in Uganda. These community members were suffering from schistomsomiasis which is caused by the worm Schistosoma mansoni(pictured below). The blood was collected immediately before anti-schistosomiasis treatment and five weeks afterwards. It turned out that a plant protein called BetV1 – the commonest allergen in pollen – is a target of IgE in humans infected with schistosomiasis.

Tyagi’s research adds to one of those definitions: environmental and food proteins that are similar to those parasite proteins against which IgE is an observed marker of protective immunity. Defining allergen-like molecules in parasites and understanding their link to the unregulated IgE response, will help with the discovery and design of molecules for future treatment of allergic conditions.