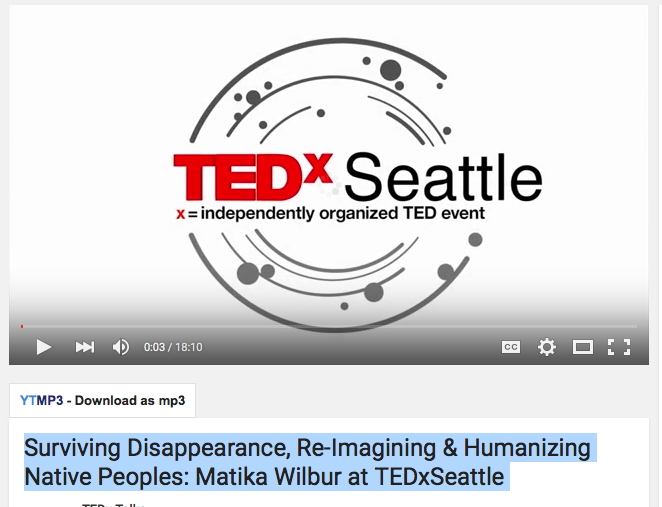 https://www.youtube.com/watch?v=e2bs1TTc4gk
Matika Wilbur is an artist who wants to use her images to bring a voice back to people who have been silenced and to change what people see when they think of an “Indian”.  She uses the examples of the stereotypes of native characters seen in movies such as; the spiritually attuned Indian, the Indian in conflict with white culture and the Indian who is impoverished.  She continues and talks how the image of natives as professionals, teachers doctors or other roles are not shown.  She believes that for modern native people to be successful they need to be shown by who they are not who we think they are.  She thinks that the image of native people in modern media must be given the freedom to grow and reflect the reality of the culture so that there youth see that there is no set path for their lives and that they can make their own way in life.  Her message is very powerful and strives to show that the culture of native peoples is not stuck in some sort of cultural limbo but is as vibrant and dynamic as any culture in the world and should be portrayed that way.