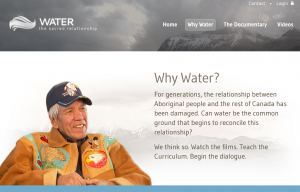 This site embodies the sacredness of water and the need to restore the balance that was lost because newcomers overlooked traditional knowledge and teachings about the importance of water, land, and the environment.  It seeks to restore “water ethics,” traditional knowledge, and knowledge keepers. The documentary argues for returning to the Elders’ teachings that follow the importance of taking care of the environment. Respecting everything in the environment, the trees, the birds, all the animals and the water will leave a good legacy for seven generations to come. 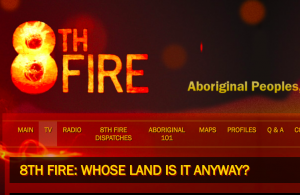 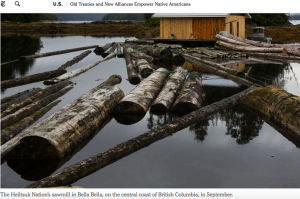 This New York Times article discusses the initiatives and solidarities of Indigenous peoples across North America from the Heiltsuk Nation in Bella Bella British Columbia to the people of the Lummi Nation in Seattle. They use protest and sit-ins to lobby governments for the rights to manage their land and fishery resources. They use their voices to express concern about the effects of climate change on the coastal and forest areas where they live. The positive result of this collaboration is the agreement between twenty-seven First Nations group including the Heiltsuk to manage The Great Bear rainforest region in British Columbia area and protect it from commercial activities. Good news that will have long-term positive effects on how Indigenous lands will be used in North America in the future.  “The University of Victoria law school in British Columbia will begin enrolling students next year in a degree program that will combine the traditional study of court precedents and legislation with the study of tribal law.”

Shannen’s dream speaks well to the hope and resilience of First Nations youth.  It is about the work of a teenage girl who was motivated to work towards the establishment of schools that provided safe and nurturing environments for Aboriginal children. She advocated for schools that would receive adequate funding so that Aboriginal children could attend school holding on their dignity and culture. Shannen died before she could her dream come to fruition, but her legacy has lived on, and the day she would have graduated from high school construction began on a new First Nation school. 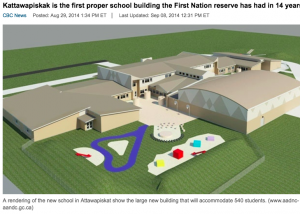 The long awaited First Nations school was opened at the end of August 2014.  Shannen’s dream website has many useful resource and links on issues re First Nation education. 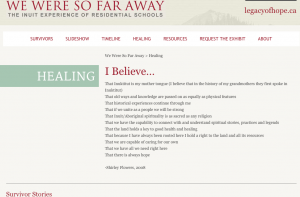