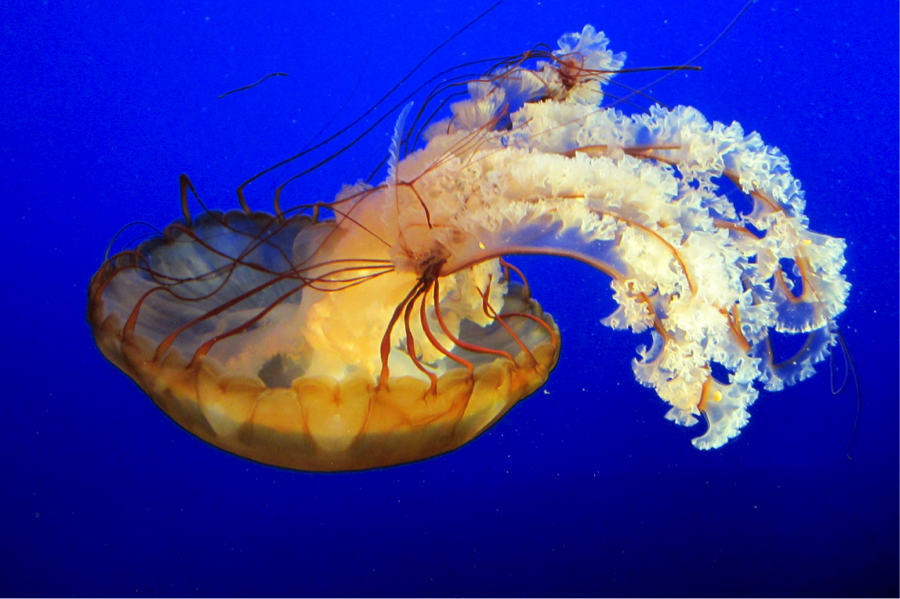 Though beautiful and ethereal, jellyfish have caused problems for humans on local scales when they occur in large blooms. Populations have been trending upward since 1950 in the majority of the world’s coastal ecosystems and seas (Brotz et al. 2012). Jellyfish have interfered with tourism by stinging swimmers, fishing by clogging nets, aquaculture by killing fish in pens, and power plants by clogging intake pipes, costing industries millions of dollars (Purcell, 2012, Graham et al., 2014). For example, blooms of Nemopilema nomurai jellyfish devastated fisheries in Japan, capsizing fishing vessels with their weight (Brodeur et al., 2016). 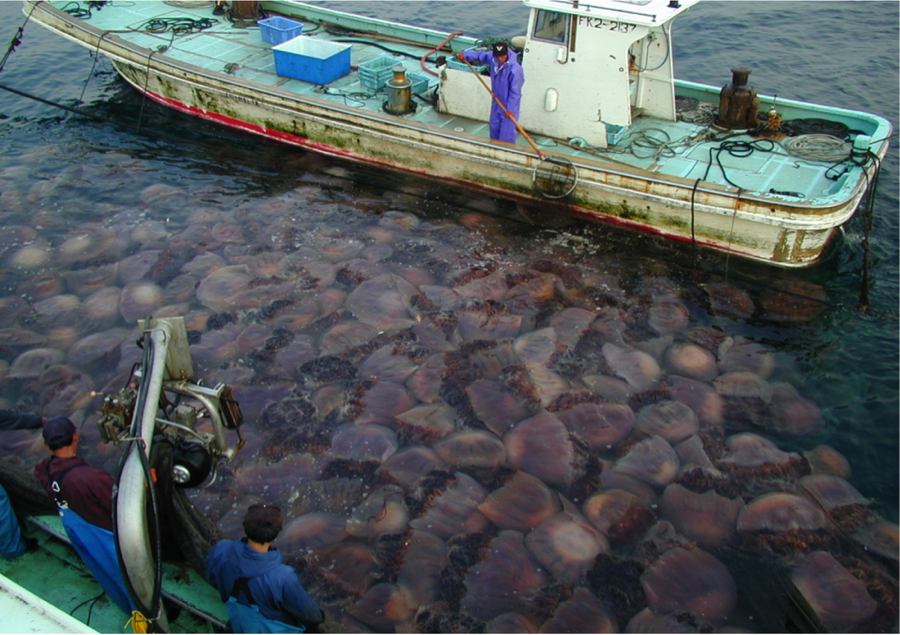 Scientists have been grappling to untangle which drivers, or combinations of drivers, are responsible for jellyfish blooms, and it’s unclear why blooms occur in some locations and not in others. For jellyfish, the impacts of various drivers are likely to be of varying importance in different places. Jellyfish can thrive in harsh environments and it appears that human activities can create conditions that benefit jellyfish (Richardson et al., 2009). For example, in the 1980s the cause for the increase in the Mnemiopsis jellyfish population in the Black Sea was suspected to be secondary to overfishing, eutrophication, and transport of invasive jellyfish species (Gibbons et al., 2016). Climate change and coastal construction may also contribute to blooms (Gibbons et al., 2016). 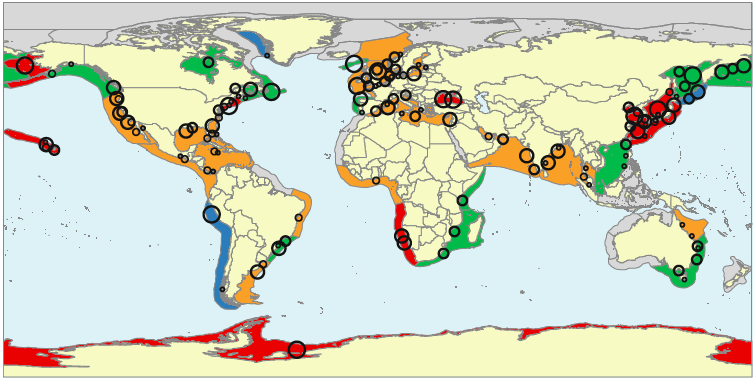 Lucas Brotz, a jellyfish scientist from the UBC Sea Around Us project has been researching jellyfish fisheries as a potential solution for blooms. Jellyfish are an important food source for sea turtles and predatory fish, so it is important to not overfish them (Richardson et al., 2012). According to Brotz, there are currently too many unknowns to know how jellyfish fishing will impact jellyfish populations and their surrounding ecosystems so we need more research on human impacts and the role of jellyfish in ecosystems (Gibbons et al., 2016). However, the effectiveness of jellyfish removal with fisheries may be reduced in the long term given that the polyp life stage, which is difficult to remove, could continue to reproduce (Henscke, 2016).

There is also increasing evidence that ecosystems can switch from being fish-dominated to jellyfish-dominated due to the overfishing of fish that keep jellyfish in check (Richardson et al., 2009). A recent study from the Food and Agriculture Organization highlighted the need for increased research in prediction of blooms and monitoring of jellyfish in order to prevent social, economic and ecological impacts (Brodeur et al, 2016).

There is not one simple answer for dealing with jellyfish blooms. It’s clear that there is a need for more monitoring, prediction of blooms and research on jellyfish. While jellyfish fisheries could potentially help as a short-term solution, focus on preventing blooms for long-term management is also required. As pressures from climate change, fisheries, and eutrophication continue to impact marine ecosystems, it will be important to address human activities that are suspected of contributing to blooms in local ecosystems.

So what can you do to help? If you spot jellyfish blooms, you can report them at JellyWatch.org.

To learn more about jellyfish blooms, check out this interview with researcher Lucas Brotz, and the documentary Jellyfish Rule featuring David Suzuki.

Henschke, N. (2016). Jellyfish for dinner: Is fishing a viable solution to the increase in jellyfish blooms? Retrieved from http://www.nereusprogram.org/jellyfish-for-dinner-is-fishing-a-viable-solution-to-the-increase-in-jellyfish-blooms/