…and totally forgot to tell you guys about it until now, so sorry.

That’s me on the left, Blake on the right! 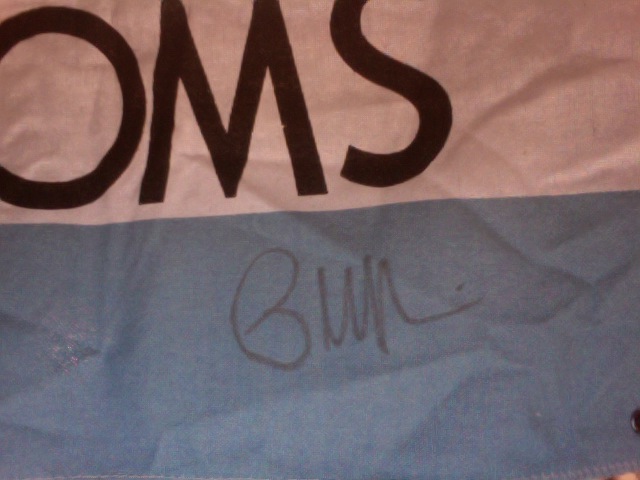 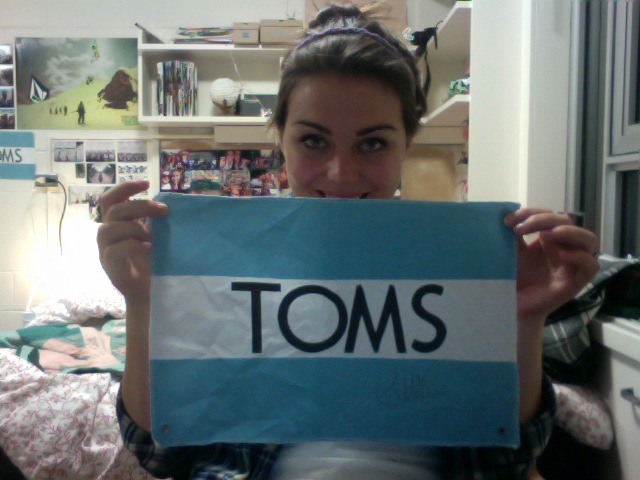 It’s no secret that I love TOMS Shoes. I’ve owned so many pairs that I can’t count how many I’ve actually had. I have so many that I have summer only TOMS that sit in my TOMS Shoes reserve back in Ontario until sunshine hits. I have so many TOMS that I’ve had to leave pairs in Guatemala. 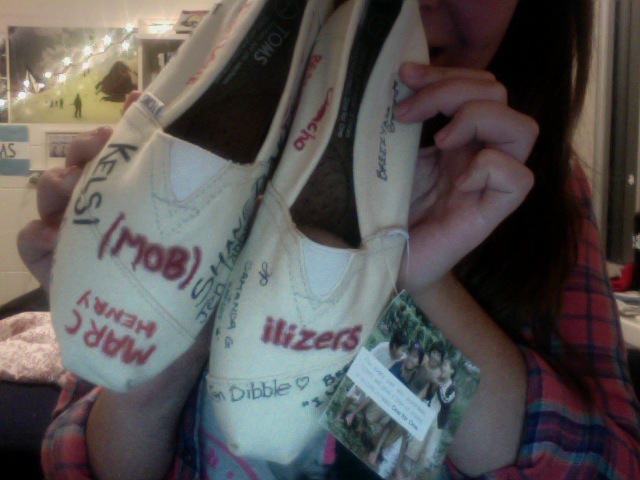 I keep this pair of TOMS unworn and on my shelf. They are signed as a going-away present by members of the Toronto MOB and the Free The Children/Me to We offices.

When Blake came to Vancouver for a TOMS Shoes launch event at Holt Renfrew, one of my best friends Alyssa got word of his appearence and sent me a bbm with the details. A frantic bus ride a few hours later we ended up in his presence. He’s a chill dude, totally in the middle of tons of TOMS promotions, but was nice enough to take time to sign my flag.

I felt like I was at the launch party for the Abercrombie of grassroots movements. Beautiful Holt Renfrew staff members were wearing my primary choice of shoe as they served me hipster bottled cola out of a little red wagon as we hung out next to designer jeans. There was carmel kettle corn that came in little TOMS bags, a TOMS dj, a TOMS air hockey table and TOMS pillows.

I love TOMS for their simplicity, comfort, and that they give a pair of shoes to a child in need for every pair you buy. Because of their partnership with Holt Renfrew I know that more shoes go to more children in need but I left with feelings that the TOMS Shoes experience was becoming a little less personal and thoughtful. The personal touch of giving you a TOMS flag and a TOMS sticker with every purchased seemed to see a little less special and I felt that people who were buying TOMS didn’t even know the company values that made them special.

After all of the glitter and glam of TOMS being launched in Holt Renfrew stores that evening, I didn’t stop giving my TOMS back at home the love and attention they deserve. I’m still a TOMS Shoes fan and I’ll still support their mission of giving shoes to those in need. I hope the message of that reaches the masses that now wear their shoes.

1 thought on “I met Blake, the TOMS Shoes founder…”