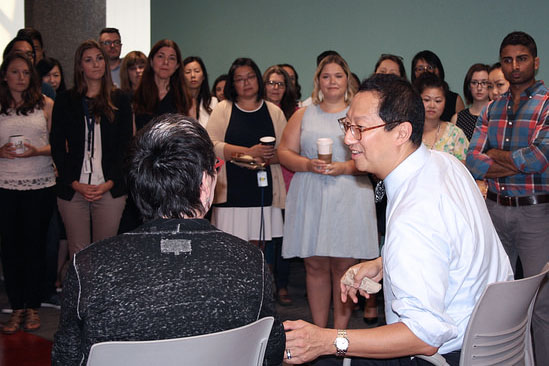 A few weeks ago, we were fortunate to have a visit from Professor Ono. It was a whirlwind visit during which we had the opportunity to hear his thoughts about our roles in the University, his past Registrarial experience, and an update how planning for UBC’s new strategic plan is coming along, among other topics. 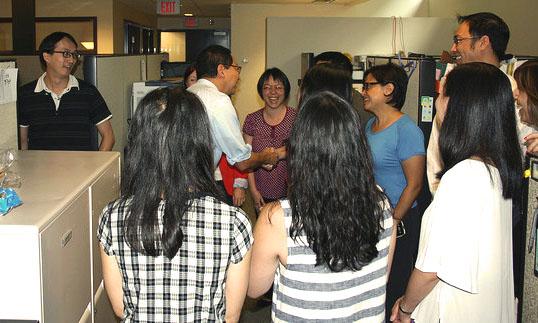 During the remainder of his time with us, Professor Ono visited the SASI team and each ES unit in their work spaces where many of us had an opportunity to meet the President personally and shake his hand, or get a photo with him.

“Professor Ono was very inspirational and he made us feel as though we keep this giant university going. At the stand-up meeting, he spoke as though he was one of us and this continued to be the case when he came downstairs to meet us. He made himself very accessible to us as he made it a point to meet every single person and find out what they do. His visit has had a lasting impact on the everyday work that we do and makes us know that we are part of something bigger.”

Finally, Professor Ono sat down with a number of students including Hannah Madden-Krasnick, Co-op student in Student Communications Services (and ES Connected team member) to chat with them about their connection to Enrolment Services. Here’s what she had to say about the experience:

“As a part of Santa Ono’s tour of Enrolment Services, he also sat down with around 15 students who are connected to ES in some way, including myself. The conversation was short but he took the time to listen to what each of us said and connect with us as we introduced ourselves.

A discussion with a fellow student before he arrived centred on how much he is perceived as a celebrity and how it was almost nerve-wracking to meet him in person, however he was very friendly and not at all intimidating to speak with.

A highlight was him offering to host the 30-odd students in the Enrolment Services Student Advisory Committee at a dinner to connect with them directly. Lucky them!” 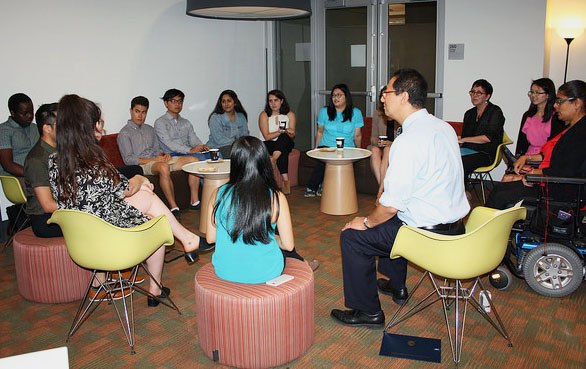