Posted on October 2, 2011 by Jennifer Stieda 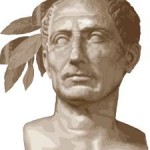 Shakespeare clearly understands the power of the spoken word.  In Julius Caesar, Mark Antony’s famous rhetorical speech at the funeral includes several specifically oral qualities that contribute to his power of persuasion.  An “orally attuned audience,” such as would have existed in Caesar’s world, would be listening carefully for cues about points are important while at the same time expecting to participate in the oratory (Connors, 1986; Gilbert, 1997; Schaeffer, 1996).  A speech in primary oral culture is a collaborative affair between speaker and audience even if the audience is not aware of the fact (Garcia, 2001; Gilbert, 1997; Ong, 1980).  As Connors (1986) suggests, a passive oral collective consciousness made people “peculiarly receptive to certain sorts of carefully wrought oral persuasion.”  This allows speakers to manipulate their listeners, even to the point of “bewitching” them (Connors, 1986, McLuhan, 1962).  Mark Antony casts a powerful spell indeed.

Orators were often leaders in their communities and highly regarded (Connors, 1986).   Their words sometimes took on a magical undertone when the audience was highly engaged and entranced by the rhythm of the delivery and the power of the oral-aural experience.  If Brutus had understood this, he would not have made the fatal mistake of allowing Mark Antony to have the last word on the day.  Mark Antony takes advantage of his position on the agenda to great effect and the crowd stirs itself into an angry mob.

In a primary oral culture, the spoken word is a kind of signature on an oral contract.  It bolsters the credibility of the speaker (Ong, 1982).  Mark Antony uses this oral quality to build the good character of Caesar when he says, “…the word of Caesar might have stood against the world.”  When he says, “I am here to speak what I know” he is trying to gain the trust of the audience through leveraging his “oral signature” against Brutus’ without directly attacking Brutus.

Mark Antony capitalizes on the collective consciousness by coming down from the podium to join the crowd around the coffin.  An important aspect of speaking in front of a crowd is physical presence and body language (de Vet, 2008; Ong, 1982).  Mark Antony uses his physical presence to communicate a bond with both the crowd and Caesar, thus cementing his relationship to his audience.  He brings the crowd together to focus their attention on the reality of the dead body of Caesar.  By mixing with the crowd he becomes one of them, underscoring their mutual feelings without actually saying anything.

Throughout his speech, Mark Antony uses repetition to drive his message home to the audience.  He speaks of Brutus as “honourable” many times and in this way, he exonerates himself from blame for inciting the crowd to violence against Brutus.  His intention is that people will remember how much he emphasized Brutus’ honour.  Another important repeated message is that Brutus thinks Caesar was ambitious.  Mark Antony refutes Brutus’ argument by providing multiple examples of Caesar’s generosity, his empathic connection to his people, and his refusal of a “kingly crown” offered to him by Mark Antony himself.  With formulaic repetition, he exploits the power of the logos.  Every reference to Brutus’ argument that Caesar’s ambition caused his death is followed by an example of Caesar’s goodness.  These “truths” are then followed by a question for the crowd, “Did this in Caesar seem ambitious?”

By questioning the audience in this way, Mark Antony is inviting them to participate in a kind of dialogue which then engages their emotions.  Rather than telling them that Brutus is a murderer, Mark Antony allows them to make up their own minds about Brutus’ actions.  In so doing, he disengages himself from accusing Brutus while planting the seeds of anger.  Mark Antony mentions mutiny and rage in the context of opposing it, but in the process, he puts an idea in their heads that may not have been there before. He says, “let me not stir you up to such a sudden flood of mutiny” when in fact, this is exactly his intention.  Mark Antony again appeals to the crowd’s emotional state by saying, “O, now you weep; and I perceive you feel the dint of pity:  these are gracious drops.”  He allows the crowd to feel sad about the death of Caesar, making them vulnerable to the emotion of anger over the loss of their leader.  Ong (1982) makes the point that engaging people’s emotions helps them remember the story.  It also helps make the story resonate with the audience and brings them over to the speaker’s side (Duarte, 2010).  In the case of Mark Antony, he wants to convince his audience of Brutus’ evilness while distancing himself from that opinion.  Shakespeare very cleverly achieves this for Mark Antony.

Whether Shakespeare deliberately incorporated features of oral culture into his amazing speech for Mark Antony is unknown, but he does manage to capture the essence of primary orality convincingly.  His gift as a talented wordsmith gives us the opportunity to revisit a past that can never be restored.

McLuhan, M.  (1962).  The Gutenberg galaxy:  The making of typographic man.  Toronto, ON:  University of Toronto Press.