Is Homeostatis exclusive to Orality?

Ong posits that orality is homeostatic (Ong, 1982) and uses this characteristic to distinguish it from literacy. He defines homeostatis as the ability of orality to live in the present by “sloughing off memories which no longer have present relevance.” Oral stories attempt to retain relevancy by finding meaning in the present and letting go of irrelevant details. Ong explains this evolving nature of oral traditions, “Oral traditions reflect a society’s present cultural values rather than idle curiosity about the past”.

Proof in the oral world

We find proof of what Ong says in the existing and extinct oral cultures around the world. Often these stories evolve unnoticed by the presenter or the listener. Ong mentions a research study done on the oral traditions of the Gonja tribe in Ghana. In their earlier stories it is mentioned that the king had seven sons who ruled the seven territories of the state. Gradually over time some of the territories amalgamated and only five were left. Later when the story of the king was told, it was mentioned that he had five sons who ruled the five territories and the two lost territories were not even mentioned. Ong (1982) explains that parts of the past that had no immediate relevance simply fell away in orality. In North America we find such evolutionary changes in the aboriginal stories. Marker (2011) talks about the circular nature of the First Nation stories. He explains that the same aboriginal stories move in circular nature, touching existing issues and trying to explain current issues of concern.

Evidence in the Literary world

However there is much evidence that literacy also attempts to create similar sense of equilibrium and attempts to be more relevant to time. There is indication that even in literacy there is an attempt to, as Ong puts it, “sloughing off memories which have no longer present relevance.” The only obvious difference here is that while in orality such changes happen very naturally and may go unnoticed; in literacy it is easy to track such changes due to their written nature.

Some most glaring examples of such attempt for equilibrium are The Bible and some classic stories. 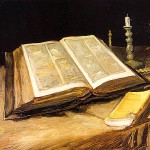 In his famous 2005 bestseller, Misquoting Jesus, Ehrman discusses many passages in the bible which have been “changed or concocted” in the New Testament. One of the several discrepancies he discusses is the famous account of a woman being stoned in John 7:53-8:12. Ehrman states that this story, which has become so famous, was not mentioned in any of the gospels in the original version. Ehrman rationalizes that the Bible has been compiled by humans in which “human authors had originally written the text at different times and in different places to address different needs.” Such actions are very similar to the homeostatic nature of orality. Text have been changed due to various political, social, economic reasons and such changes have been accepted by readers as they were more relevant to the beliefs of their times. Ong notes that oral genealogies change over time to suit current societal values, ‘…oral traditions reflect a societies present cultural values rather than idle curiosity about the past (p. 48).’ Were the changes in the Bible a reflection of such changing values and traditions?

The modifications in the written versions of famous stories like Cinderella and Little Red Reading Hood reflect such change in social values. While in the first written version of Cinderella (1697) by Perrault, Cinderella forgives her step-sisters, in the later versions punishment for crime became more acceptable. In the Grimm’s first version in 1815 the step-sisters are horrified when Cinderella becomes a princess, but in the second edition the penalty is intensified when the sisters’ punishment is to be blinded by pigeons pecking at their eyes. 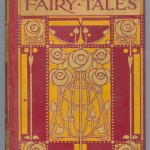 The changes in different versions of Little Red Riding Hood show how change in lifestyle and moral values forces even literacy to seek homeostasis. In its 1697 version by Perrault the grandmother and Little Red are eaten by the wolf. In the Grimm’s version in the 1800’s, a woodcutter was introduced who helps both the grandmother and the girl escape from the wolf’s belly. Another 1933 version took away the details of the killing of the grandmother, reflecting the change in the society about what is suitable for children. Also it is interesting to see that while in the earliest version Little Red’s mother gives her no warning about talking to strangers, all later versions mention the mother’s instructions and cautions in much detail, reflecting how the society had changed.

Another intriguing attempt by literacy for equilibrium can be seen in Shakespeare’s Macbeth. In an earlier written version of the story, Banquo is mentioned as the accomplice for the murder of King Duncan. 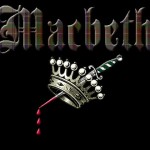 However, in Shakespeare’s play Banquo is portrayed very differently. Some sources say that such changes were made because Banquo was an ancestor to the king of that time and calling him a murderer could have been a risky business. So in the face of political need, as Ong would put it, ‘…the integrity of the past was subordinate to the integrity of the present.’

Homeostasis not always smooth in Literacy

Ong postulates that, ” When generations pass and the object or institution referred to by the archaic word is no longer part of present, lived experience, though the word has been retained, its meaning is commonly altered or simply vanishes (Ong, p. 47).’ While this proves to be true in orality, such transitions in literacy may be resisted or criticized. New South Books, the publisher of the classic book Adventures of Huckleberry Finn 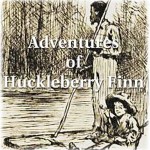 , changed a very objectionable racial slang, which occurs 219 times in the book, to “slave” in the newer editions of the classic earlier this year. They also changed the word “injun” to “Indian”. They reasoned that these alterations will help younger readers comprehend and connect better with the text. These changes, however, were met with a lot of criticism and protest. Many reasoned that such words are a product of a time and of history and belong to books of that time. To change them would make the books irrelevant or uprooted from its time in history.

These few examples demonstrate literacy’s attempt at homeostatic. It is evident that since most written stories are tied to space and time, unlike the oral stories, their attempt to evolve with time may or may not succeed. However, it can be fairly concluded that homeostatis is not exclusive to orality.

Marker, M. (2011). New possiblities for the past. Teaching History from an Indigenous Perspective: Four Winding Paths up the Mountain . P 97- 112,UBC press.

Ong, W. J. (2002). Orality and literacy: The technologizing of the word. London: Routledge.

Should literature classics be ‘cleaned up’ to suit modern sensibilities? (2011). Retrieved October 5, 2011 from http://www.cbc.ca/checkup/episode/2011/01/09/should-literature-classics-be-cleaned-up-to-suit-modern-sensibilities/

This entry was posted in Commentary 2 and tagged Homeostatic, literacy, Ong. Bookmark the permalink.

3 Responses to Is Homeostatis exclusive to Orality?