Commentary #2 –The Electronic Book: what is next?

The electronic book described by Jay Bolter (2001) in Chapter 5 of Writing Space:  Computers, Hypertext, and the Remediation of Print is the latest form of technology on which we record our words in a line of technological devices that can be traced back to the ancient world.   Despite the long history of the book, its form has evolved in incremental steps considering the length of time involved.  Although today we read digitally on many different devices that range in size from desktop computers, laptops, netbooks, and tablets to small phones, the e-reader (Sony, Kindle, Kobo, etc.) is the technological device most closely resembling the traditional book and is a cultural term of reference.   Warren (2009) asks why e-books, touted as the best new thing when they were introduced, have not replaced print books entirely.  The form of the e-book in the second decade of the 21st century is changing and evolving at an even faster pace in our age of constant new versions and upgrades to any and all technology, yet the print book still seems to be going strong which leaves us with questions about the future of both the e-book and its older relative, the print book.

Evolution of the Object

There were three main phases in the development of our modern concept of the book before the invention of its latest form, the e-book:  the scroll, the codex, and the printed book (Bolter, 2001; Ong, 1982). 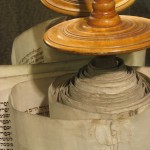 The scroll was the first technology extensively used for writing.  The main distinguishing features were the insufficient space to record a complete work and the absence of a sense of completion for the audience in the piece of work (Bolter, 2001).  Writing on a scroll was performance based and reflected the emphasis on orality in the culture (Bolter, 2001; Ong, 1982).  The codex had enough space to embrace the complete work and emphasized a “closed structure” and influenced the idea of “book as object” (Bolter, 2001, p. 78) as suggested by Ong (1982). 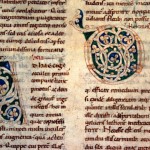 Bolter notes that the illuminated and annotated manuscripts were early versions of multimedia (visual and verbal), a feature that was lost with the advent of the print book and the introduction of standardization.  The print book was objectified as a unique and finished product (Bolter, 2001; Ong, 1982).  When we compare all the forms, the scroll can be seen to encompass perhaps one chapter, which was replaced by the codex with one complete volume and then the latest e-reader as the depository of multiple books that can be linked to countless others and is no longer considered a closed object.  Bolter (2001) suggests the remediation of the book where the e-reader itself closely resembles the traditional print book, yet offers a whole new interconnectivity via hypertext and linking and a storage capacity for multiple books which reflects back onto the illuminated manuscripts of the Middle Ages. 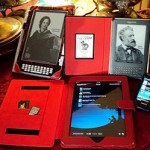 Influence of the Object

Bolter sees the electronic book as part of “a network of texts” (Bolter, 2001, p. 81) available on the internet.  Since ancient times, readers have tried to organize information via dictionaries and encyclopedias. Bolter refers to the hyperlinked pages of text on the internet as “a new encyclopedia and a new library” (Bolter, 2001, p. 83).  The new technology of the internet has allowed for the ability to organize information in multiple ways that can suit the individual needs of the reader.  Information is no longer confined to an object in a physical space but can be stored and linked digitally, although accessed through some physical object that may or may not resemble the traditional concept of a book.  Bolter suggests a new metaphor of cyberspace as “a great book of cultural choices” (p. 98) which in light of search engines like Google, Wikipedia as the new form of encyclopedia, and the instant access to information that the internet affords anyone with the right equipment and internet connection, may illustrate how cyberspace has replaced “the book” as a cultural icon.

Future implications: what will happen to the print book?

The print book still appears to be alive and well and visible in the world as a visit to any bookstore will indicate.  What is not clear at a time when the growth in the use of e-readers is clearly on the upswing, is just what will happen to books in the future.  In this article from PCWorld, the battle to corner the e-reader market is described and their ever more sophisticated features are compared.  Public libraries are keeping up with their client preferences and adopting e-books for library patrons to access.  Warren (2009) outlines the rise of e-books in an academic context.  He points out that as e-books become increasingly “enhanced with extras” and “more interactive” (Warren, 2009, p. 12) rather than a digital version of a print book and allow for a remix of media material, they may not entirely resemble the traditional textbook but become a new hybrid.  It is this new type of book that will replace the print book and influence the type of technology needed to access its contents.  The newer generation of e-readers have the tools necessary to access this type of book and will become more popular.  Still, as discussed in the CBC interview below, print books will not disappear because the reading experience they provide is so completely different to the less restful interactive experience of e-books.  Sometimes people want to experience the tactile, restful cognition of reading a print book (Piper, 2010).  Ultimately, it may depend on the fact that different media do different things and the situation, reading task or purpose, or physical location may influence the choice of technological device that the reader chooses.

Yvonne Hunter (Penguin Canada), Kim Mac Arthur (MacArthur Books) and Andrew Piper (Professor at McGill) discuss the future of the book from the Blue Metropolis Festival in 2010.  They touch on print versus e-readers, costs of epub versions, publishing, and intellectual rights for authors.

Ong, W. (1982). Orality and literacy: The technologizing of the word. NY: Routledge.

Warren, J. (2009). Innovation and the future of e-books.  The International Journal of the Book.6 (1).  Retrieved from http://www.Book-Journal.com