Commentary #3 – Pedagogy of Multiliteracies: Are we designing social futures in Canada? 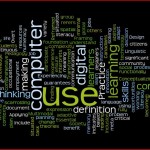 In 1996, the New London Group created a manifesto that they eventually published as A Pedagogy of Multiliteracies:  Designing Social Futures.  In the article, the authors outline “a new approach to literacy pedagogy” (New London Group, 1996, p. 1) that expands existing definitions of literacy to include the diversity found in both societies and text forms.  The purpose was to serve as a starting point for discussion, generate research ideas and provide a focus for curriculum experiments.  Ten years later, Cope and Kalantzis (2009) re-examined the work and updated the concept of multiliteracies and how it has influenced pedagogy.  As a nation with a strong multicultural background, these discussions are relevant to the Canadian context.  How does it fit into the view of literacy in Canada today?  As the term digital literacy becomes a part of our common lexicon and a focus in government policy (Government of Canada), the idea of multiliteracies has become integral to the ongoing debate about literacy (Cope & Kalantzis, 2009).

The New London Group identified “full social participation” (New London Group, 1996, p. 2) as the goal of learning and agreed that differences should not hold students back from success in their academic and social futures.  They agreed that social and technological change meant that literacy pedagogy needed to shift with the times.  They hoped to show how social changes affect the “what” (design elements) and the “how” of literacy pedagogy (New London Group, 1996).  Their keyword became multiliteracies as it captured two main ideas:  multimodal (the many modes of meaning making and representation) and the importance of increasing diversity (languages and culture).

They examined the issues through three different lenses:  working, public and private lives and these issues still seem current today.  The world of work has changed and the new business model requires new types of workers, consequently pedagogy has to change so that students are prepared to function in the new system (New London Group, 1996).  Our public lives are changing too as we move away from the welfare state to a more market driven system. In our private lives there is a plurality of overlapping communities and their multiple discourses need to be recognized.

Cope and Kalantzis (2009) wrote their article ‘Multiliteracies’: New Literacies, New Learning after 10 years of continued study and collaboration with the New London Group and it is clear that multiliteracies is now an accepted term.  They questioned whether the structure created in 1996 is still valid.  They noted that the evolution of technology has increased its pace and the number of new modes of representation has also increased. As a result of their research and the changes in social practice, the authors reshaped the original concept while keeping the basic premise intact.  The idea of a knowledge society is gaining ground.  Again, the issues are examined through the same three lenses.  Changes in working lives are putting even more expectations on the workers to participate in the new economy and the education system has to prepare workers to do so.  If not, Copes and Kalantzis say barriers exclude full participation.  This applies to public lives as well.  In private lives in the last 10 years, there has been a shift in agency and people are more active than passive.  Thus, they introduce revisions to the pedagogy based on knowledge processing which allows for diversity and connections between school and life.

The definition for literacy refers to reading, writing, document use and numeracy.  The essential skills  include computer use, thinking (problem solving; decision making; critical thinking; job task planning and organizing; significant use of memory; and finding information), oral communication, working with others and continuous learning.  The definition for computer use is minimal:  “computer use indicates the variety and complexity of computer use within the occupational group” and multimedia could be included in the document use description but overall, the descriptions have not recognized the current reality of different representations of meaning as defined by the New London Group. The New London Group is focused on the school system but still it shares a vision of preparing citizens to participate in meaningful work, and public and private life.  How does digital literacy fit into this scenario?  What is being done about people who are not going to be helped by this shift in pedagogy?

Influences and impact of “digital literacy”

In May 2010, as a response to the Government of Canada commitment to establish a digital economy strategy for Canada, a Digital Economy Consultation  process was established to invite public consultation and input to be posted on a website.  The consultation paper identified five issues for “improving Canada’s digital advantage” (website).  The fifth one, Building Digital Skills for Tomorrow poses questions around training and learning.  Clearly, improving digital literacy and skills has been identified as an area that needs to be included in a plan to grow our digital economy.  One of the submissions is from the Media Awareness Network and gives an excellent overview of the situation in Canada today.  In the paper, Digital Literacy in Canada: From Inclusion to Transformation (Media Awareness Network, 2010), they specifically address the fifth point in the paper and make recommendations for a strategy and actions for implementation.  Their definition of digital literacy acknowledges multiliteracies as a term that goes beyond the technical aspects.  Their structure is based on “use, understand and create” (p. 5) which shares some of the viewpoints discussed by the New London Group such as global digital society and social inclusion (p. i).  A press release on  November 14, 2011, announced a new pilot program that includes funding for colleges to deliver services for technology training.  It will be interesting to see further results of the consultation process and whether the government commits to the funding to support the types of programs that will strengthen a digital literacy strategy for Canada in the near future.

This entry was posted in Commentary 3, Uncategorized. Bookmark the permalink.