Visual to Textual to Visual: Modes of Representation

Bolter (2001) begins the fourth chapter in Writing Space “The Break out of the Visual” with an assertion: “Hypertext” Bolter claims, “seldom exists as pure text without any graphics” (p.47). With this statement Bolter may be implying that pure text has existed and can exist without visuals. What is pure text? The Oxford English Dictionary (2012) defines “pure” as a verb. When translated, “pure” means “to cleanse; to refine; [and] to remove impurities from” (“pure”, 2012). “Text,” a noun, is defined as “the wording of anything written or printed” (“text”, 2012). Bolter may be suggesting that “pure text” is anything written that has been cleansed of impurities.  He embellishes a little in his effort to distinguish hypertext from the text that has preceded it. As can be inferred from Bolter’s later claim that “…older technologies remediate newer ones,” (p.48) and that in this late age of print there is a “mutual remediation” (p.56) that shall continue between prose and digital media. This commentary will argue that pure text has always been visual and that technology has aided text to return to the visual state of its conception.

Bolter (2001) contends that “we are living in a visual culture” (p.47). He cites Gombrich, the author of Image and the Eye in his support, stating that “we are entering a historical epoch in which the image will take over from the written word” (Bolter, 2001, p.47). Perhaps it is better said that the written word has remediated from the image, implying that the image is not taking over, but is instead taking back. Writing is thought to have been invented independently at three different times in Mesopotamia, Egypt, and along the Fertile Crescent (Woodard, 2001). Only the earliest of these three writing systems, the Mesopotamian cuneiform script, invented in present-day Iraq in the fourth millennium BC can be traced over a 10,000 year period to the present-day alphabet (Schmandt-Besserat, 2001).

The Mesopotamian text evolved over a period of six millennia from inscriptions on clay tokens in 8000 BC to the earliest rendition of the alphabet in 1500 BC (Schmandt-Besserat, 2001). Schmandt-Besserat (2001) defends that the first signs of writing, shown in Figure 1, was a pictograph system made up of symbols etched into clay tablets via a stamp or a freehand stylus. 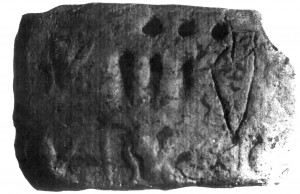 Logography, as Schmandt-Besserat explains, is a system of easily drawn pictures that represent words and similar sounds. Logographs replaced the token and tablet system in Mesopotamia around 3000 BC. According to Schmandt-Besserat, the logographic inscriptions were used to record personal names, as is demonstrated in Figure 2, and represent a shift from a purely visual text to a hybrid writing system with aural and visual characteristics. 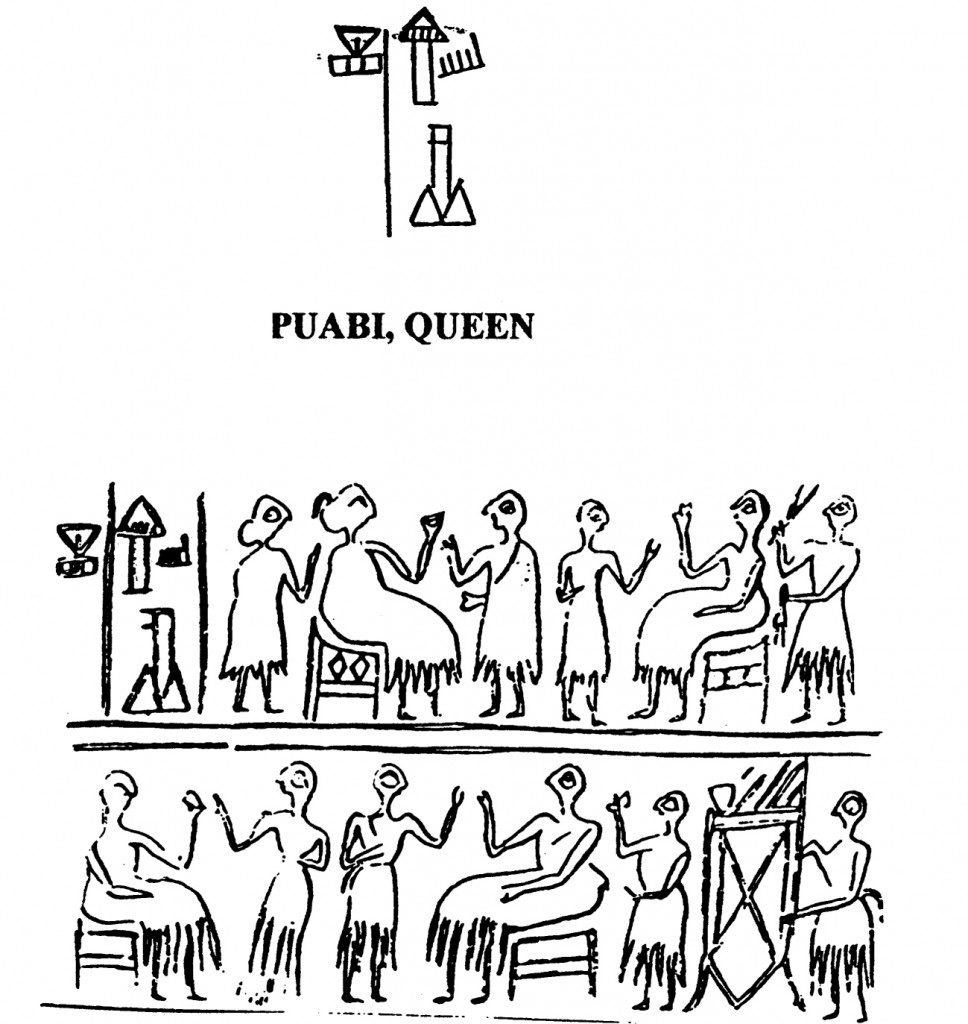 Even the Roman alphabet which is highly associated as purely textual began as a logographic system of picture-writing. As Schmandt-Besserat maintains the alphabet was invented around 1500 BC as a system of 22 symbols that each stood for a single sound and was predominantly visual.

It is a well documented among linguistic scholars that the earliest forms of writing were all logographic, made up of pictures, symbols and images to represent consonants and much later vowels (Edgerton, 1952; Schmandt-Besserat, 2001; Woodard, 2001). It is not just in the previous two centuries as Bolter has suggested, that “the desire to capture the world in the word has been gradually supplemented by the more easily gratified desire to see the world through visual technologies” (p.58). The word has in fact been visual since its genesis in the fourth millennia BC.

The Remediation of Visual Text

The writing system of the twenty-first century is moving through a process of visual remediation following an evolutionary path that has evolved from the picture-writing systems of the past. In other words, due to the return of visual modes of representation, not simply the rise of visual modes of depiction, textual modes of representation are declining. As Bolter (2001) posits, “the attempt to make words do what pictures do might be taken to mean that pictures are primary and words secondary” (p.56). The remediation of visual text in the present day has made communication more effective, efficient and places greater emphasis on the image and the icon. As Bolter attests, “the treatment of text as an image becomes even more popular and more culturally compelling with the rise of digital media, because of the ease with which images and words can be combined (p.52). “Text”, Bolter concedes “…becomes a pictorial experience” (p.52).

2 Responses to Visual to Textual to Visual: Modes of Representation