Frankly, I am skeptical about any solution which attempts to fix excess amounts of one human input with excess amounts of another. For example, Ocean Iron Fertilization (OIF) is a geo-engineering scheme that proposes to remove carbon dioxide (CO2) from the atmosphere by stimulating marine phytoplankton to increase their CO2 consumption through the addition of iron to the ocean. Phytoplankton, like plants, consume CO2 and produce oxygen. When they die, they sink to ocean floor along with the carbon they consumed. Iron fertilization would amplify this process since iron is a limiting nutrient in this cycle. Employed on a wide scale, the best outcome would be massive sequestration of carbon and the worst outcome largely remains unknown due to lack of understanding of such a massive undertaking. A recent study published in April of 2014 analyzed whether iron fertilization in the Southern Ocean effectively sequestered carbon based on IPCC standards. Some of the major conclusions of the study were that:

1. Carbon exported to depths of 1000 meters did not guarantee sequestration.

2. Within 100 years, more than 66% of the sequestered carbon returned into contact with the atmosphere.

3. Carbon gets redistributed throughout the world.

Other research highlighting possible outcomes of OIF was published in 2013. The study focused on an alternative pathway for iron removal by diatoms which incorporate the iron into body structures made of “biological glass”.

First off, what are diatoms?

Diatoms are single-celled algae that live everywhere that is wet and well lit. They photosynthesize and produce around 20% of the oxygen we breath and fix the same amount of carbon from our atmosphere. Diatoms are the base of the marine food web and those that don’t get eaten sink to the bottom of the ocean where the carbon that they consumed is trapped and prevented from accumulating in our atmosphere.

Not enough reason to love them? Check this out:

Now, you may be asking: “So…what’s the problem? Diatoms seem great and even if they do take all the iron, they ultimately sequester carbon, right?”

Well, not quite. The problem with iron fertilization and diatoms is that these lovely glass creatures can behave “Just like someone walking through a buffet line who takes the last two pieces of cake, even though they know they’ll only eat one” according to Ellery Ingall, a co-author of the paper. Iron fertilization may therefore shift the microbial community  to favor those with lower iron requirements since diatoms would outcompete others. Some of the outcompeted organisms are more efficient than diatoms at sequestering CO2, however, so this community shift may decrease CO2 fixation in the long run. 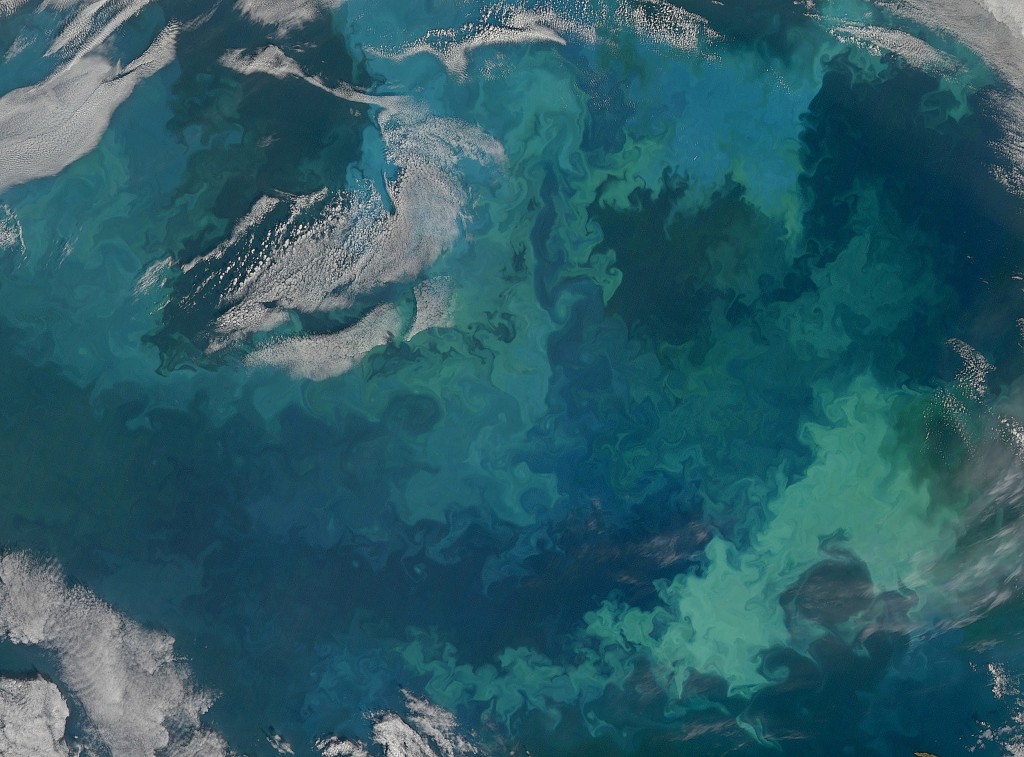 While we need to do something about rising levels of CO2, we need to be careful not to make things worse by turning to a poorly understood easy fix. We know so little about the ocean (until recently we had better maps of Mars), yet we are quick to dump things into it to fix problems we’ve created. There lacks evidence and understanding of oceanic processes, and just because there is not enough research done on the negative effects of something doesn’t mean it’s safe. We need to better understand the ocean so we can honestly asses risks and consequences, and make decisions based on knowledge rather than ignorance.